Atma Nirbhar Childhood: How India Can Become An Important Player In The Global Toy Industry And Counter China 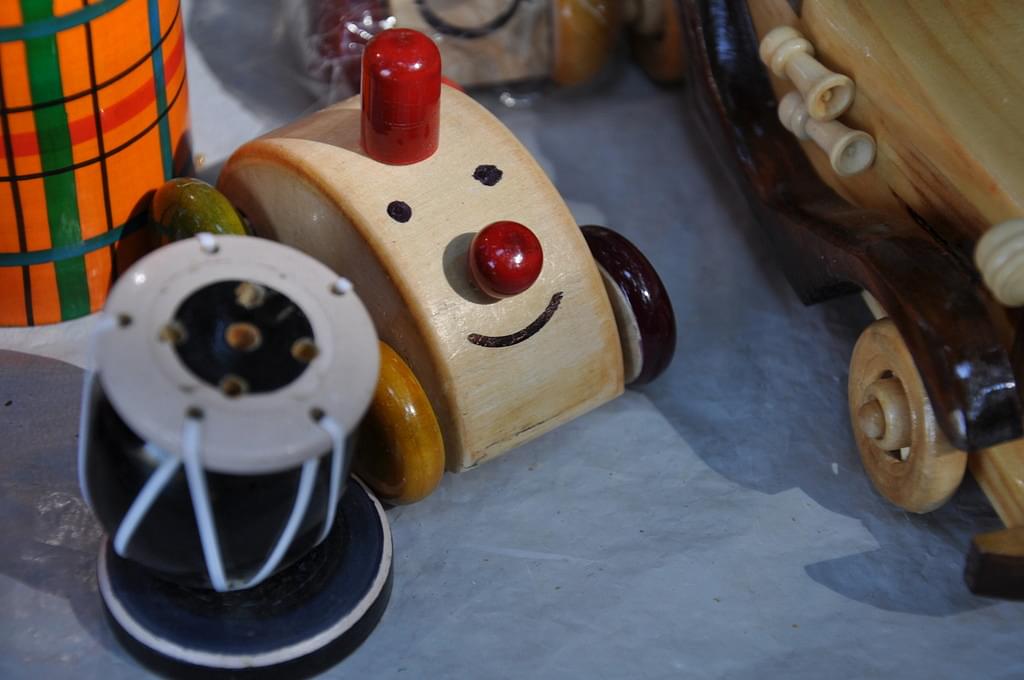 I was recently gleaning my children’s toys strewn around the verandah of my home after they had finished playing.

As I was moving my son’s tricycle to its rightful place, I reminisced about my own tricycle, which was much sturdier than the one my son rides on.

It was a shiny bright red beast which I rode fearlessly around the house, compared to the rickety blue one my son rides on.

I could very well empathise with what our Prime Minster said on Man ki Baat — that there is an urgent need to revive the toy industry in India.

It is not as if we are late starters, but toy manufacturing existed in India since the Indus Valley civilisation and there is enough evidence to suggest that toys of impeccable quality were made in India.

However, we have been a laggard in the global toy industry, which is estimated to be $90 billion.

India, incidentally, is a fringe player, while the global market is dominated by Chinese manufacturers.

They have glutted the world market with cheap-quality toys and the Indian market hasn't been spared either.

The Indian market is price-sensitive, and most people don’t care about the quality of toys which they are buying, as long as it is cheap. This is precisely why cheap Chinese imports have found a foothold in the Indian market.

However, things have changed for good after the clarion call given by our Prime Minister to make India Atmanirbhar.

Some measures have also been announced by the government to give the domestic industry a big push.

We can become a global player in the toy industry and can throw the Chinese out if we adopt some of these steps:

Our domestic industry needs some support and the government has rightfully increased the import duty on imported toys — this will give a much-needed fillip to our domestic manufacturers, who were reeling under the impact of cheap Chinese imports.

It is important that Indian manufacturers market their products as quality alternatives to cheap Chinese imports which use inferior quality plastic which can have a deleterious effect on children as they are given to chewing everything when young.

If Indian manufacturers can talk about the ill-effects of such toys, it will wean parents away from Chinese toys.

One of the ingenious ways to market toys is to involve storytellers. Storytelling is becoming a big business opportunity in India.

It is a much-decorated industry in the western world.

Brands like Funskool, Legos, Hot Wheels, and others can collaborate with these storytellers, who can beautifully weave stories around these brands.

Events involving these professional storytellers can be organised wherein the virtues of Indian toys and handicrafts can be told to children in the form of stories.

This will not only promote Indian culture but also introduce children to locally made toys and in turn promote an Atmanirbhar Bharat.

Some of these influencers could also attempt entrepreneurship in the toy industry, as the PM has also said that India needs a toy startup culture.

Who knows, we may even scale global peaks if we produce good toys.

There are some places in India like Channapatna — located between Bengaluru and Mysore — which are known for its toys.

Channapatna is a quaint little town which is much famed for producing adorable little wooden toys.

Similarly, there are places such as Kondapalli in Andhra Pradesh, Thanjavur in Tamil Nadu, and Varanasi in UP which are famous for their toy industries.

Most of the units are from the Micro Small and Medium Enterprises (MSME) sector, which provides large-scale employment opportunities to local artisans and craftsmen.

All these places have skilled manpower and the required knowledge to produce toys; what they, however, need is support from the government to thrive and flourish.

Handicrafts from these places are highly popular in western countries, where such work is valued.

Westerners realise that these items are much more valuable than the stuff churned out by Chinese sweatshops.

Similar toy clusters can be developed wherein budding entrepreneurs get the right opportunity and place to showcase their talent.

The mass toy market has already been taken over by Chinese manufacturers and it is extremely difficult to penetrate that.

Indian manufacturers could look at getting into high-end markets wherein customers are looking for quality at good price points.

We have already done this with some amount of success in the handicrafts sector.

Quality-conscious customers at high pricing points will gobble up the products, if they meet the cut.

The best part of online platforms is that sellers don’t have to depend upon a marketplace to showcase or sell products.

Sellers from the remotest part of the country can use these platforms and sell their products.

With ever-increasing internet penetration, it provides an excellent platform for small-time manufacturers to sell their creations.

With 26 per cent of the population under the age of 15, it is boom time for the Indian toy industry, if we catch the bus.

With the implementation of all the above measures, India can be in a position to leverage its strengths and take strong steps towards self-reliance.

Gaining a foothold in the global toy industry is no child’s play, but it is surely worth a try.