Buckle Up For The E-Commerce Bloodbath 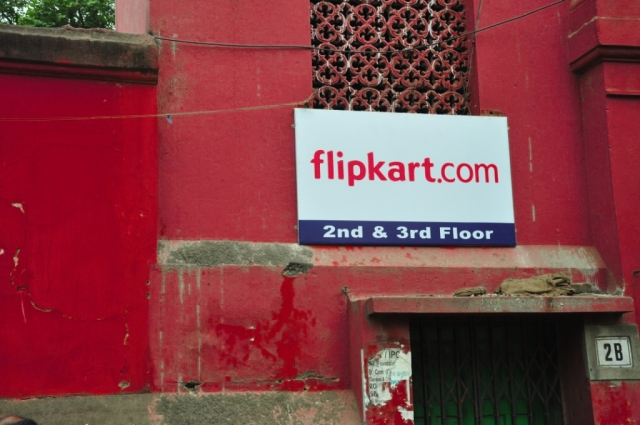 A spate of newsreports in the recent past clearly show that Indian e-commerce companies are in trouble.

A newsreport on Moneycontrol.com points out: "With an aim to cut costs, struggling e-commerce firm Snapdeal is likely to downsize its team by around 1,300 employees." This is around one-third of the company's total workforce of 4,000 employees.

On the other hand, Flipkart has shutdown its courier service and hyper-local delivery project, less than a year after launching it. There are other examples as well. The question is why are companies doing this? They are trying to cut down their costs and at the same time conserve all the money they have raised from investors.

The Japanese investor Softbank recently marked down the combined value of its shareholding in Ola and Snapdeal by $475 million. What does all this mean? It essentially means that these investors do not accept these e-commerce firms to be as successful as they expected them to be in the past. And given this, they have been writing down the value of their investments.

A look at the profit and loss numbers of these firms will tell you that the losses of these firms go up at the same time as their revenue. Take the case of the market major Flipkart. As a report in the Business Standard points out, for the financial year ending March 31, 2016, the losses of the firm stood at Rs 2,306 crore. The company's losses for the year ending March 31, 2015, had stood at Rs 1,096 crore. Where did the revenue of the firm stand at? It jumped from Rs 772.5 crore to Rs 1,952 crore, during the same period.

What sort of a business model is this-where the losses of a company go up at the same time as its revenue? In fact, in case of Snapdeal, the losses have gone up at a much faster rate than its revenue.

What explains this basic disconnect? As Gary Smith writes in Standard Deviations-Flawed Assumptions, Tortured Data and Other Ways to Lie With Statistics: "A dotcom company proved it was a player not by making money, but by spending money, preferably other people's money... One rationale was to be the first-mover by getting big fast... The idea was that once people believe that your web site is the place to go to buy something, sell something, or learn something, you have a monopoly that can crush competition and reap profits."

I discovered Flipkart one day in 2009. Back then it was simply an online bookstore. It had a reasonably good collection of books. It even had books which bookstores did not. And the deliveries were on time.

What else did one want? Discounts. It had good discounts on offer as well. Hence, out went the bookstore and in came Flipkart. The loyalty was to discounts and nothing more. Sometime later, when other websites like Homeshop18 and even Amazon, started offering higher discounts, I moved to ordering from these websites.

Nevertheless, one did wonder, how would these websites ever get around to making money, given the huge discounts that they offered. The way businesses run traditionally it never makes any sense to sell a product below the cost all the time, because that way the business is never going to make any money.

But these websites did not fit into the traditional way of doing things. At least, that is way they thought. The best way to explain this is through the example of a telephone. As James Evans and Richard L Schmalensee write in Matchmakers: The New Economics of Multisided Platforms: "A telephone was useless if nobody else had one. Even Bell and Watson started with two. A telephone was more valuable if a user could reach more people."

Take the case of app-based cab services. When they launched, they offered rock bottom rates. This was done to attract customers. Once customers came on board, it was easy to attract more and more drivers on to the network as well. And over a period of time, the price of these app based services has gone up.

Of course, it is not easy as I make it sound. But that is the basic logic. Then there are apps which deliver food from restaurants. They also offered discounts initially in order to build a critical mass of customers to be able to attract good restaurants on the platform.

As economist John Kay writes in Everlasting Last Bulbs-How Economics Illuminates the World: "The company that is first to create the largest network denies access to competitors and establishes an unassailable monopoly...Connectedness is vital, and it is best to be connected to the largest network."

So, the e-commerce game is centred around building a monopoly and cashing in on it. As Ray Fisman and Tim Sullivan write in The Inner Lives of Markets in the context of network externality: "The bigger a company gets, the more valuable it is to each successive customer, there's a huge premium on expanding your customer base."

And this explains the discount led model. In case of Flipkart, the discount led model was first offered on books to build a critical mass of customers, and then the company gradually got into selling many other products. The hope was that once the consumer was comfortable buying books from the website, he would become comfortable buying other products as well, over a period of time. The logic worked on the supply side as well, as more and more vendors got comfortable selling online, more vendors came in.

Of course, the discount led model leads to losses. Hence, any company following this model, needs money from investors to keep running. And this is where the structure of Indian e-commerce companies becomes similar to that of a Ponzi scheme.

Indian e-commerce companies have managed to survive because of investors bringing in fresh money into the scheme at regular intervals. It is worth mentioning here that every time investors bring in more money, they bring it in at a higher valuation. This essentially means that the price at which shares of the company are sold to the investors are higher than they were the last time around. This increases the market capitalization of the company.

This increase in market capitalization comes about because the company has managed to increase its revenue. As long as the money being brought in by the investors keeps subsidising the losses being accumulated by the e-commerce firms, these firms will keep running. The moment this changes, the firms will start to shut-down. The structure of the Indian e-commerce companies is that of a classic Ponzi scheme.

Nevertheless, as we have seen earlier in this column, this increase in revenue typically comes at the losses increasing as well. This is a fact that investors of these firms have started to realise as well. And that is why they have marked down the value of their investments.

An investor who is marking down his investment is unlikely to invest more money into the firm. If he actually goes about investing more money in the firm, then he is likely to do it at a much lower valuation. Given this, the Indian E-Commerce Ponzi scheme is now unravelling. The trouble is that everyone wants to be build a monopoly. But everyone cannot be a monopoly.

As Smith writes in the context of the American dotcom bubble: "The problem is that, even if it is possible to monopolize something, there were thousands of dotcom companies and there isn't room for thousands of monopolies. Of the thousands of companies trying to get big fast, very few can ever be monopolies."

This basic logic applies to the Indian e-commerce as well. And given this, if fresh investor money stops coming into these firms, as it has in many cases, these companies will soon start going bust. To conclude, it's time we got ready for the e-commerce bloodbath.

This article was originally published in Vivek Kaul’s Diary — a newsletter that cuts through the noise and presents actionable views on socio-economic developments in India and the world. He is the author of a trilogy on the history of money and the financial crisis. The series is titled Easy Money