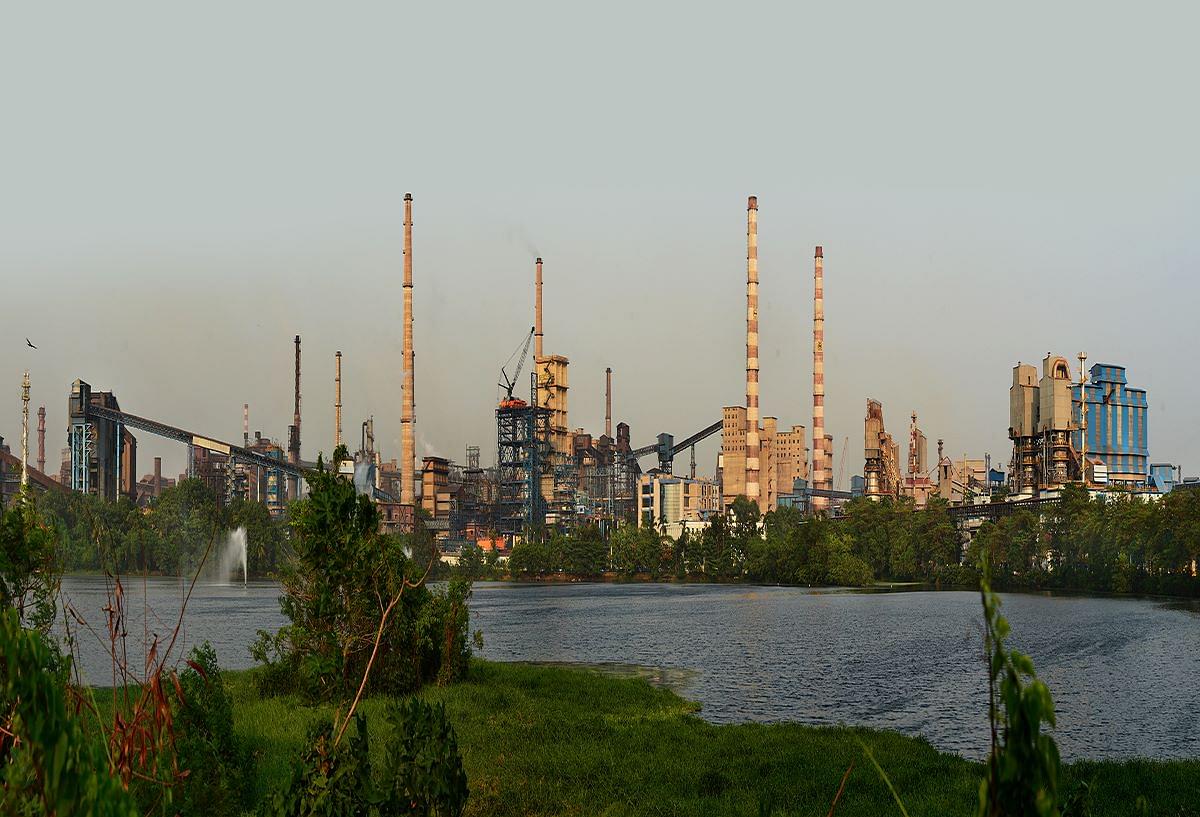 On Friday, Tata Steel announced its plans to amalgamate seven of its subsidiaries with itself. Of these seven subsidiaries, four are listed on the stock exchanges.

The Group expects to derive synergies from the merger with a reduction in cost redundancy, centralised procurement, lower logistics costs, and common sales and distribution networks, among other advantages.

According to the management, the royalties and procurement savings would be significant contributors to the total synergies from the deal. While Tata Steel's stock closed in green, the stocks of Tata Metaliks, Tata Steel Long Products (TSPL), TRF, and Tinplate fell by more than four per cent, with TSPL falling more than 12 per cent. The decline in the prices of these stocks occurred since the prices were much higher than the prices implied in the swap ratio.

Why are Subsidiaries Being Merged with the Parent?

Tata Steel expects the synergies from the amalgamation to benefit the company over the longer term.

Since these companies currently operate as separate entities , several costs that could have been consolidated are now paid separately by each company.

in the current scheme of things, each subsidiary company must procure raw materials separately, have separate sales and distribution networks, individually have limited access to capital and expertise, recover credit separately, and spend on other redundant costs. However, with consolidation, these companies would achieve a larger scale of operations and would be able to reduce unnecessary costs.

For instance, purchasing and storage can be clubbed together in some areas, allowing the company to have more bargaining power with suppliers. Similarly, the resources invested in sales and distribution can be shared between these companies rather than having separate investments by each company.

The disclosure by Tata Steel also cites advantages such as quicker project execution by TSPL after it begins using Tata Steel's financial and technical resources. Further, clubbing cargo and consolidating logistics networks would result in lower costs for the companies involved in the merger.

TSPL and Tata Metaliks pay royalties for ore procurement – a cost that is expected to be lower once the companies are merged together. The savings from royalties alone is expected to be to the tune of Rs 700 – 800 crores on a net present value basis. Similarly, the technical capabilities developed by each company would be shared within the Tata Steel ecosystem. From an accounting perspective, these entities are already a part of Tata Steel's consolidated accounts. Hence, the only change would be the synergistic benefits from the transaction.

Tata Group is on a Rejig Spree.

Overall, the Tata Group has been rejigging its group structure over the last few years in order to bring similar businesses together.

In 2018, Tata Realty and Infrastructure Limited merged with Tata Housing Development Company to leverage the synergies between the two businesses. Similarly, Tata Croma was transferred to Tata Digital in order to merge consumer-focused digital businesses together.

On the airline side, all of its Vistara and Air India businesses are expected to be consolidated by 2024. Similarly, the company has consolidated its food and beverage businesses under Tata Consumer Products Limited by merging the consumer business of Tata Chemicals along with the erstwhile Tata Global Beverages Limited. The Tata Consumer Products transaction resulted in huge shareholder value creation – with the stock doubling just over the last two years.

However, the synergies of mergers and acquisitions are usually taken with a pinch of salt by investors and financial media in general.

Several studies have found that mergers and acquisitions have a poor rate of creating value – where the share price movement judges value creation over a certain period. Nevertheless, the amalgamation of Tata Steel's subsidiaries has several factors in its favour.

Tata Steel knows the ins and outs of each business, unlike a typical merger where information asymmetry would exist. In addition, the transaction is taking place at a time when investor sentiment in the metal segment is quite weak due to the expectations of a recession and not at the peak of the commodity price cycle.

TRF, which had financial issues in the past, is being valued at a 53 per cent discount to its current market valuation – implying that Tata Steel might not be willing to overpay for an asset. Further, the motivation behind the merger isn't growth but efficiency, which is a relatively more controllable factor, unlike growth.

The merger will likely take a significant amount of time to consummate since it would require permission from various stakeholders such as regulators, lenders, and shareholders.

At a time when global companies like EY, Toshiba, and General Electric are looking at demergers to create value, Tata Steel's complex structure requires it to create value through simplification, i.e. amalgamation. It would be interesting to see whether the move brings out efficiency and creates value for shareholders.