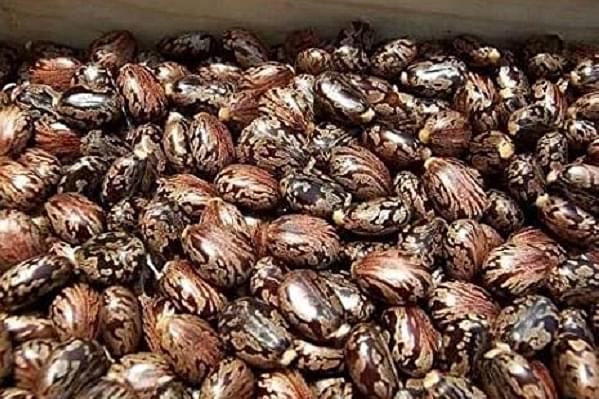 Following trade intelligence inputs of Chinese inquiries into the purchase of castor seeds from India, the Solvent Extraction Industry has raised concerns over the development and has asked the Union government to take necessary steps to protect Indian interests.

“We understand that China is targeting purchase of large quantities of castor seed from India. Traditionally, China buys castor oil and derivatives from India, but this new-found interest in castor seeds has huge ramifications for our domestic industry as we may be starved of raw material,” said Atul Chaturvedi, President, Solvent Extractors Association of India (SEAI), in a letter to Union Commerce Minister Piyush Goyal.

The SEAI concerns rise from the fact that India accounts for nearly 90 per cent of castor oil supplies in the global market.

“Castor oil is a finished product. We have no problem with China buying it. We have issues with our raw material being bought,” said B V Mehta, SEAI Executive Director.

According to Chaturvedi, if China were to buy castor seeds, it would deprive the crushing industry value-addition, capacity utilisation and result in loss of export market.

SEAI has raised the issue with the Commerce Ministry since all oilseeds are currently exportable freely without any cap or duty. The industry fears that China might take advantage of this policy to buy the seeds and crush it back home.

That could cause problems for Indian processors, many of who are small and medium industries.

Also, the crushing industry does not want to lose the advantage of developing the sector through various outreach programmes that have helped improve production and productivity.

“We are not looking at a monopoly in the market. We are only looking at ensuring better per hectare prices for farmers,” said Mehta.

The crushing industry is clear that raising prices since India enjoys a monopoly will not help as it might encourage competitors to gain or force end-users to look for cheaper substitutes.

“If our prices turn out to be unreasonable, then countries such as Brazil might grow more to take us on. Even Israel, which has not succeeded with its couple of varieties can step in,” Mehta said.

The industry is clear that while enjoying an edge in the global market, it would not want any needless competition.

Though India has cut down its imports from China following the clash between the Indian Army and People’s Liberation Army of China in the Galway Valley, Beijing has been importing various products from India.

India’s imports from China dropped about 27.5 per cent during April-August this year.

This was despite Indian exports to China rising 26.3 per cent during April-September this year.

One of the reasons why China is looking to buy Indian castor seeds is that they are ruling lower in view of last year’s rise in production.

Output increased last year primarily since prices rose nearly 30 per cent to Rs 54,750 a quintal. In view of higher production and economy coming to a standstill in view of the Coronavirus pandemic, castor seed prices dropped to below Rs 40,000 in June this year.

This resulted in farmers shifting from castor, while industry experts fear a 30 per cent fall in the acreage this year as farmers are reported to have shifted to groundnut and cotton.

A huge carryover stock is also putting pressure on the prices.

According to NCDEX, castor prices are currently quoting at Rs 4,370 a quintal in the spot market. In the futures market, December contracts were quoted at Rs 4,496 a quintal today (28 October) against the previous close of Rs 4,472.