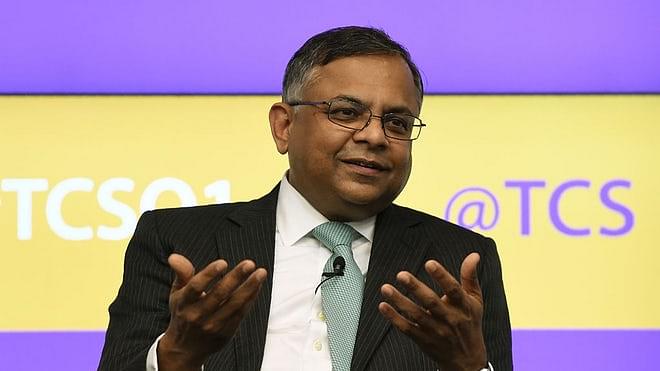 Under the smart and steady leadership of N Chandrasekaran, chairman of Tata Sons, the group’s power centre is slowing becoming the real holding company. Its investee companies are being freed of the burden on holding dead investments in other group companies merely to maintain controlling stakes.

In June, Tata Sons decided that it would buy Tata Steel’s 2.85 per cent stake in Tata Motors for around Rs 3,800 crore, helping the former lighten its debt burden. It is worth recalling that Tata Steel was the original promoter of Tata Motors. Now, the baton passes on to Tata Sons.

On Tuesday (12 September), Tata Sons said that it would be buying 6.84 per cent in Tata Global from Tata Chemicals, and a 4.39 per cent stake in Tata Chemicals from the former. In other words, the cross-holdings, meant to ensure Tata control of both companies, is now flowing upwards to the ultimate holding company. Tata Sons will invest Rs 1,458 crore for these buyouts.

This not only frees the operating companies from having to nurse dead stocks on their books, but also gives them cash reserves for growth or debt reduction.

This is the only logical way for conglomerates to operate – as holding companies that can decide when to invest or divest based on opportunities and threats in the market place – without involving and sacrificing the interests of other shareholders in the operating companies.

While the process of unravelling the cross-holdings across many group companies may take much longer to unravel, the logical outcome of this process is to list Tata Sons itself, so that more resources can be raised for the group’s future investments.

Listing Tata Sons, whose value will be a composite of the values of the shares of listed companies held by it, including Tata Consultancy Services (TCS), will give the group three advantages.

First, it can raise more money by offering more shares for public ownership. Right now, controlling interest is held by two Tata trusts, Sir Dorab Tata Trust, and Sir Ratan Tata Trust, which own 51 per cent between them. Another 30 per cent is held by smaller trusts, and various Tata group companies. This means Tata Sons can raise money through an initial public offering (IPO) without losing control, by offering a part or the whole of their holdings for sale.

Tata Sons is already 73.3 per cent owner of TCS. This holding is worth over Rs 350,000 crore at current market prices. Assuming Tata Sons would always want to own 51 per cent of TCS, it means Tata Sons can divest upto 22 per cent of TCS and get a war chest of Rs 105,000 crore. Divesting a part of TCS after listing may well drive up the value of Tata Sons since the cash will now be part of its valuation.

Second, a listing will enable the Tatas to give the Pallonji Mistry Group, whose scion Cyrus Mistry was ousted by Ratan Tata in a boardroom coup last October, to encash its own 19 per cent stake in Tata Sons. If, instead of fighting the Tatas over the ouster, the Mistry group were to seek a listing of Tata Sons, they would be billionaires many times over.

Third, a listing will also enable Tata group companies to free up their idle investments in Tata Sons.

Chandrasekaran’s shareholding clean-up leads us directly to the possibility of an ultimate listing of Tata Sons itself. The only thing holding this idea back would be the unwelcome scrutiny of its operations. In this event, the best option would be to get outside investors to buy the shares of the unlisted Tata Sons.