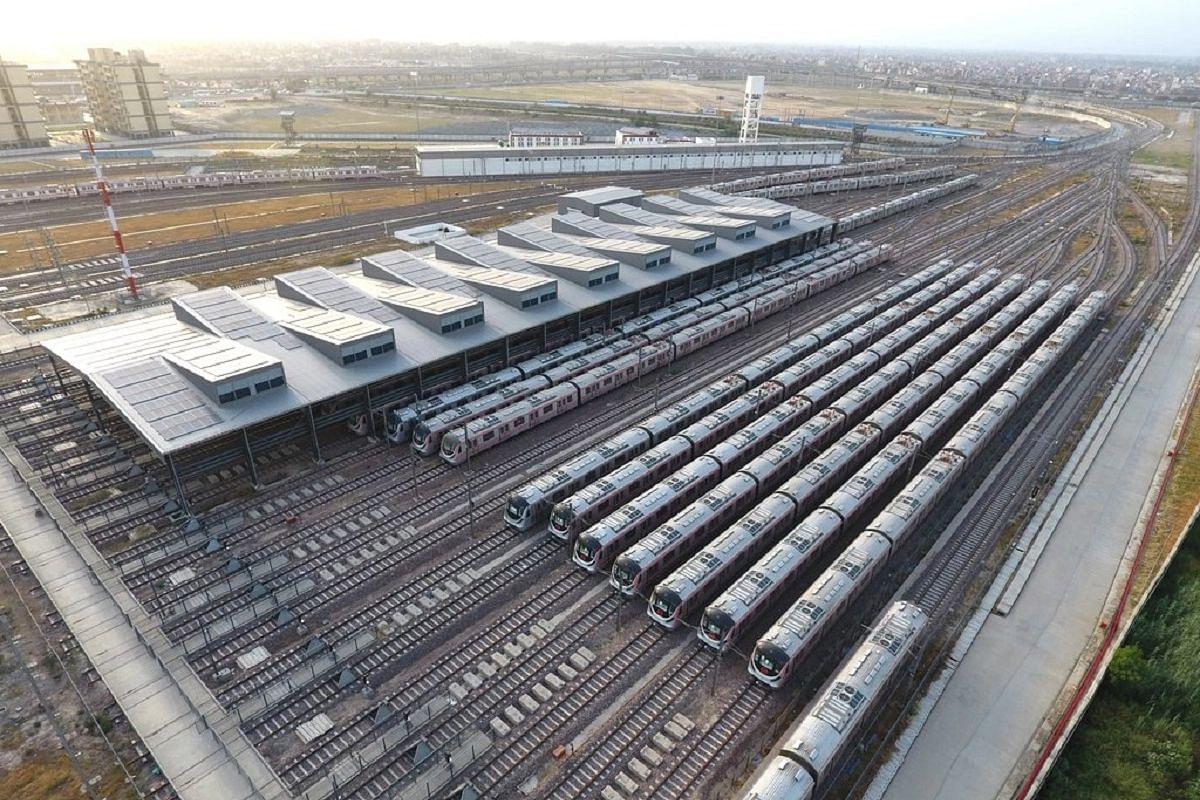 The three priority corridors are Majlis Park to Maujpur, Janakpuri West to RK Ashram Marg and Tughlakabad to Delhi Aerocity.

'The Delhi Metro Rail Corporation (DMRC) today (Friday) took a major step towards operationalising its Phase-IV corridors for passenger operations by signing the contract for procuring 312 metro coaches (52 trains) for Phase IV's priority corridors,' the DMRC said in a statement.

Work on the Phase IV corridor began in December 2019 with a groundbreaking ceremony but construction was hit following the outbreak of COVID-19 in March 2020.

'Small sections of both Line 7 (Pink) and Line 8 (Magenta), which are being built as part of Phase-IV priority corridors, would probably be operational in a year's time from now or by March 2023,' then DMRC chief Mangu Singh had told PTI on March 31.

On Friday, the DMRC said it would procure 234 standard-gauge coaches for the extended sections of Line 7 (Pink) and Line 8 (Magenta) -- Majlis Park to Maujpur and Janakpuri West to RK Ashram Marg corridors, respectively. In addition, 78 standard-gauge coaches will be procured for the Tughlakabad to Delhi Aerocity corridor.

All these trains will be compatible for driverless operations, in line with Delhi Metro's efforts to provide world-class services, and provide a fillip to the Centre's 'Make in India' initiative. These coaches will be manufactured in Alstom Transport India's facility at SriCity near Chennai, the DMRC said.

The DMRC is constructing 65.20 km of new lines across three different corridors in the national capital with 46 metro stations as part of the Phase-IV expansion. All corridors under this phase will be completed by September 2025, it added.

The Delhi Metro currently spans a 391-km network with 286 stations, including the Noida–Greater Noida corridor and the Rapid Metro in Gurugram.

It operates a fleet of about 350 trains with four, six, and eight coaches on both broad- and standard-gauge lines. The Delhi Metro's trains are among the most advanced in the mass urban transit sector worldwide, it said.

The Delhi Metro commenced driverless operations on the Magenta Line in December 2020. Driverless services have also been started on the Pink Line.