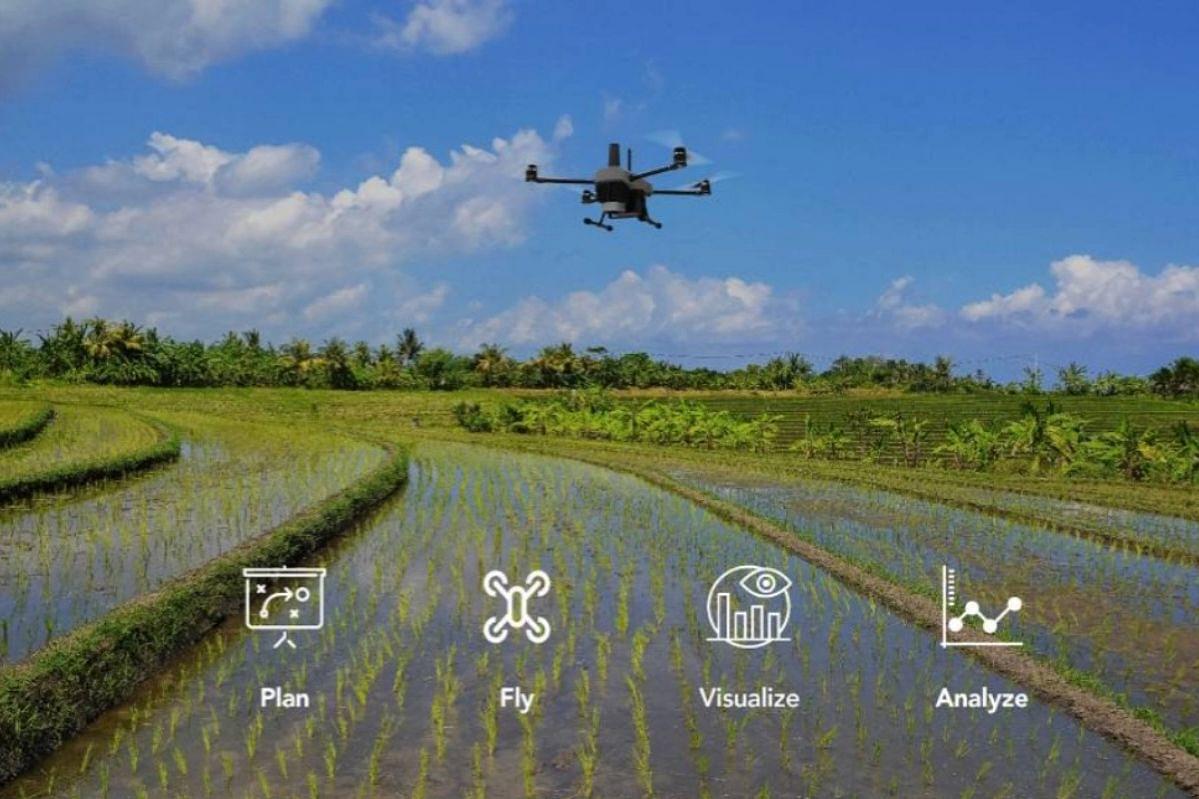 The just-concluded ‘Bharat Drone Mahotsav 2022’ in the nation’s capital, had many gee-whizz moments for the thousands who thronged Pragati Maidan over two days, including live demos of a variety of Unmanned Autonomous Vehicles (UAVs) – almost all of them ‘Made in India’.

But for those who had a more professional interest, there was an unstated but strong takeaway. Just 10 months after the Indian Drone Rules 2021 were finalised after a couple of fits and starts, the new and liberal regime has had the precise effect that government intended: a sharp growth in the drone ecosystem, with large players as well as start-ups, academic institutions and state government bodies, joining to harness drones in a variety of roles and scenarios.

In his inaugural remarks, Prime Minister Narendra Modi highlighted the importance of drone technology in the fields of defence, disaster management, agriculture, tourism, film and entertainment. He expected that drone technology would play a major role in empowering farmers and modernise their lives.

He cited the PM Swamitva Yojana as an example, of how drone technology is becoming the basis of a major revolution. Under this scheme, for the first time, every property in the villages of the country is being digitally mapped and digital property cards are being given to the people.

Among the exhibitors at the Drone Mahotsav, Navi Mumbai-based ideaForge claims the largest market share in the Indian security, surveillance, and industrial market for drones. Its customers have conducted over 2,40,000 missions using its drones. The company's flagship is the 'Switch', a Fixed Wing VTOL (Vertical Take-off and Landing) UAV that has been deployed by the Indian Armed Force at high altitude and harsh environments for day and night surveillance in Intelligence, Surveillance and Reconnaissance (ISR) missions.

The company is a subsidiary of the Reliance Industries’ unit, Jio Platforms.

Asteria recently launched an end-to-end drone operations platform, SkyDeck. This is a cloud-based software platform to deliver DaaS or Drone-as-a-Solution for multiple industry verticals like agriculture, surveying, industrial inspections, and surveillance and security.

On the sidelines of the Bharat Drone Mahotsav, quite a few industry partnerships were announced:

AUS has extensive drone mapping experience in the country and is the largest drone-solution provider for the Svamitva Yojana, for which it has already mapped more than 55 lakh acres of the rural area, across 18,000 villages. AUS was the first start-up to build and deploy GPS-based Survey grade fully autonomous drones in India.

The Indian Institute of Technology Roorkee (IIT Roorkee) and leading Chennai-based drone manufacturer Garuda Aerospace, have entered into a partnership agreement to meet the growing demand for indigenous drone pilots.

They have signed an MoU to promote interaction in mutually beneficial areas of upcoming drone technologies in the areas of Software, Robotics, Digital solutions, and Drone Pilot training. IIT Roorkee will provide application-based solutions like AI based monitoring, while Garuda will do the real time implementation, including building and customisation of UAVs or drones for various applications.

Garuda Founder CEO Agnishwar Jayaprakash speaks for many Indian startups, for whom the new and relaxed drone regulations and the production linked incentives have come as a boon: He calls Prime Minister Modi, Drone-Acharya.

Reliance Jio Platforms has another Bengaluru-based drone subsidiary, SankhyaSutra Labs which makes high-fidelity multi-physics and aerodynamics simulation software. It has planned a major launch in October this year, of its indigenously developed state-of-the-art software tools for Computational Fluid Dynamics (CFD), which will help drone designers reduce the number of costly tests in wind tunnels. The name SankhyaSutra translates to ‘numerical algorithms’ in Sanskrit.

Skye Air Mobility, a Delhi-headquartered drone delivery logistics firm serving sectors such as healthcare, diagnostics, e-commerce and agri-commodities, recently completed 1,000 deliveries via its flagship Skye Ship One within 6 months, making India the 12th nation in the world to lead the drone delivery space.

Skye Air has been part of the Telangana Government’s ‘Medicine from the Sky project’; the Flipkart Air consortium, Blue Dart Med Express and Dunzo Med-Air Consortium.

Earlier this year Skye Air and the Department of Information Technology, Govt. of Himachal collaborated to promote medical and agri-commodity deliveries within the state. As a part of the partnership, Skye Air initiated a 3-day long BVLOS trial in the Chamba district of Himachal Pradesh to connect over 6 Public health Centres Area Hospitals via multiple flights between points covering an aerial distance of 170 kms.

There is general consensus among analysts that the drone and drone services market in India could account for Rs 30,000 crores of value by 2026, thanks to the evolving policy framework, Production Linked Incentives and the ban on import of most drones which can be manufactured in India. Aviation Minister Jyotiraditya Scindia says ‘We have the potential to make India a global drone hub by 2030."

In Delhi for two days there was tangible proof that this was very much a doable target under Atmanirbhar Bharat.