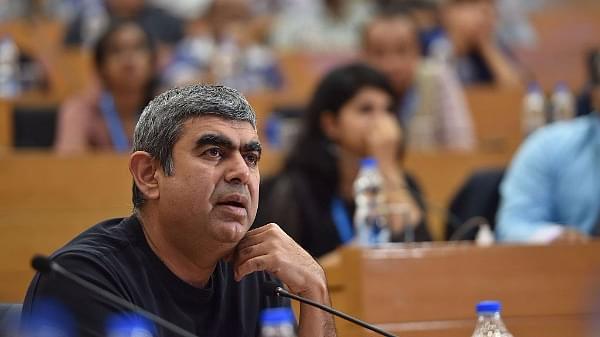 With Infosys chief executive officer (CEO) Vishal Sikka announcing that the company will be creating 10,000 jobs in the US over the next couple of years, it is time to ask simple question: will Infosys remain an Indian company in the foreseeable future?

The recruitment of 10,000 US citizens may not happen overnight, with the company announcing a beginning by creating 2,000 jobs in a tech and innovation hub in the state of Indiana – the home province of US Vice-President Mike Pence. But the company’s power centre is steadily shifting to the US. This will become more pronounced when three other innovation hubs will be created in the US.

The company is saying different things to different audiences – in the US, the recruitments are claimed to be in line with President Donald Trump’s ‘Hire American’ policy, which Infosys “deeply supports”; in India this shift will be explained as being the result of changes in technology and the need to get closer to customers. But here’s the big contrast: 10,000 jobs in the US is a bigger number than the 6,320 net hires (gross hires minus attrition) the company made in 2016-17. The shift in emphasis cannot be missed.

To be sure, defining what makes a company Indian or American or European is tough in an era of global capital, offshoring and mobile workforce. Broadly, there are three basic markers of what makes a company more American or Indian, no matter where its formal head offices are located: its customer base; the location of the bulk of its workforce; and its shareholding base.

In Infosys’s case, at least two of these three indicators are clearly foreign. Nearly 58 per cent of its shareholding is held by overseas individual and institutional investors; and 62.3 per cent of its customers are based in the US. In contrast, some 90 per cent of its workforce is based in India.

But even the last point needs nuance: an Indian working onsite in the US may be an Indian by nationality, but if the work is done in America, he might as well be a local.

Put another way, twice the amount of revenue comes from onsite work, and offshoring is more a matter of numbers of people employed. Revenues depend on onsite work more than offshoring, though the latter helps cut costs. This will change dramatically when Sikka hires another 10,000 people in the US.

Infosys is thus becoming more like an Accenture or Cognizant, where the bulk hires in India do the grunt work while the value-added stuff in done onshore. It is becoming more American in its quest for greater value addition and political expediency in a protectionist climate.

This may also be what Tata Consultancy Services and Wipro or HCL Tech will do in future – hire more locally to ensure that business opportunities do not slip away in protectionist America – but there is a significant difference. Both TCS and Wipro are owned 73-74 per cent by Indian promoters. This makes them Indian even if their customer base in American and value-added employees have a North American tilt.

Many successful Indian companies even outside tech are foreign owned, like HDFC Bank, which is more than 50 per cent owned by foreigners. But HDFC Bank’s business and manpower are mostly Indian.

This is not something one can say about Infosys. Maybe that is why Vishal Sikka, who is an American citizen, is its CEO. He will make Infy more American than Indian. It may be good for the company’s growth, but its heart is moving away from India. The Indian DNA will be diluted.

It may only be a matter of time before it becomes truly global, complete with a foreigner as its head, and open to takeovers by anyone with the cash to buy it.

(Disclosure: The author owns a few hundred shares of Infosys)