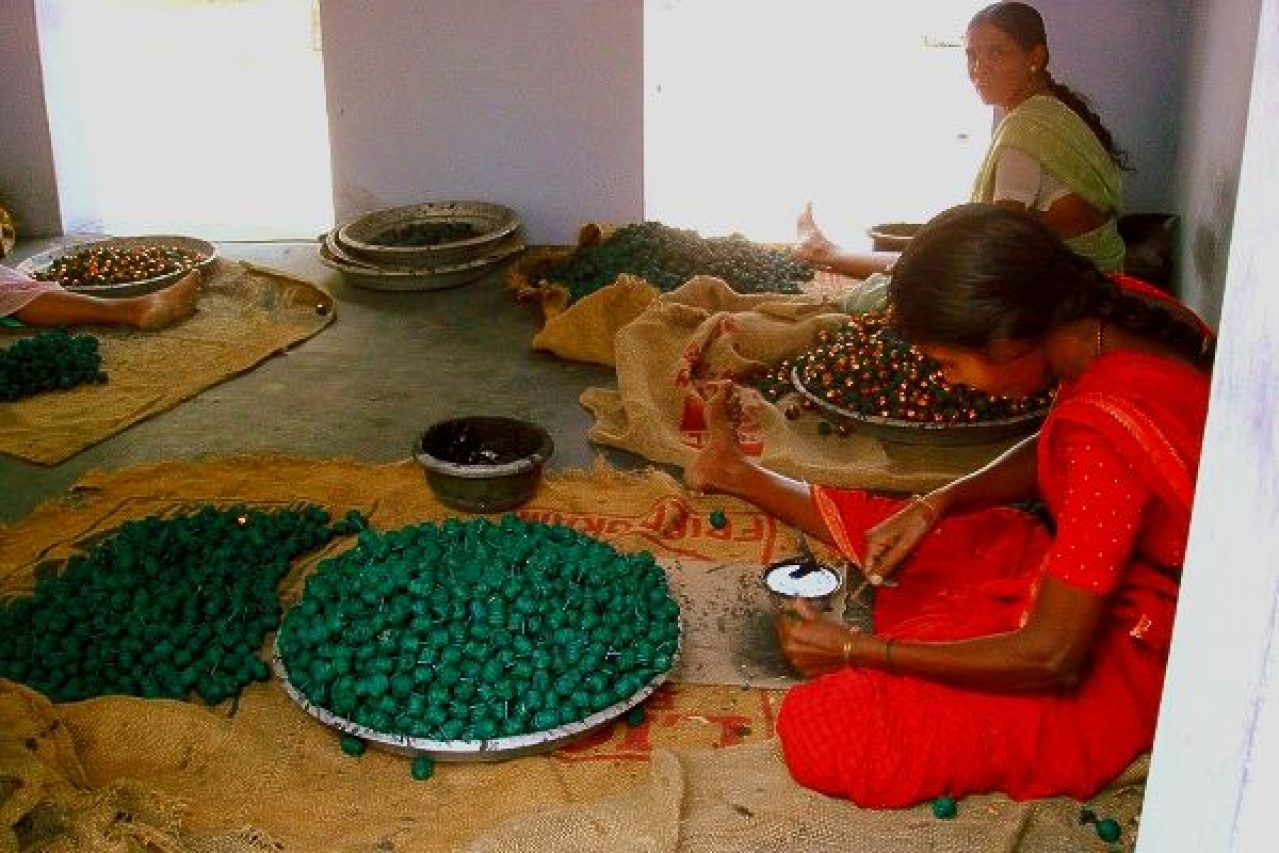 On 5 October this year, Union Minister for Science and Technology, Dr Harsh Vardhan, told the media in New Delhi that green firecrackers with 30 per cent lower harmful emissions would be available this festival season.

The environment-friendly crackers, developed by the Central Scientific Industrial Research (CSIR) laboratory, will be available at the same price as traditional crackers, Vardhan said, adding that in some cases the price could be lower.

These green firecrackers include sound-emitting crackers, flowerpots, pencils, chakkars and sparklers but these will only be single-shot ones.

However, the news from Sivakasi, India’s cracker and fireworks hub, is that no cracker from the town will carry the green logo. And this is because no one has been entrusted with the authority to authorise these green crackers!

The apex court --- which is hearing a petition filed on behalf of three infants who, in 2015, had suffered because of deteriorating air quality conditions due to bursting of crackers --- is yet to come out with clear regulations on the formulations that can be used for making crackers.

Last year, the Supreme Court had banned the manufacture, sale, and use of crackers that weren’t green. It stipulated that the noise level of the crackers had to conform to limits prescribed by it. Besides, the fireworks would have to be free of barium, arsenic, and mercury.

The firecracker industry is struggling not just to meet the Supreme Court norms but also in overcoming the problems that have cropped up since the apex court stepped in last year on the issue.

“The Supreme Court gave only an interim order in March. It is yet to give its final guidelines on green crackers,” says V Ramamoorthy of Jubilant Crackers.

According to Ramamoorthy, barium nitrate is an essential ingredient in a cracker. On the other hand, arsenic has never been used in crackers manufactured in India, he said.

A joint initiative by CSIR labs and the National Environmental and Engineering Research Institute (NEERI) has come up with an improvised formula that uses 35-40 per cent lower barium nitrate.

“For example, if we had been using one kg of barium nitrate in a cracker earlier, now we use only 600 grams which lowers the emissions,” Ramamoorthy said, adding that more clarity was still required on the issue.

In March this year, the Supreme Court accepted the Petroleum and Explosives Safety Organisation (PESO) submission on improved formulations for making green crackers.

Product approvals were given on 21 March with the apex court allowing bulk manufacturing of green crackers after PESO cleared trial samples made at NEERI labs.

Following this, about 230 firework manufacturers signed a memorandum of understanding to use the formulations developed by the CSIR scientists. Some 165 of them even signed non-disclosure agreements.

An Indian Express report, however, said only three units in Sivakasi have got the approval to manufacture green crackers out of the 28 who have got the permission from across the country.

Ramamoorthy also said that only 50 per cent of the manufacturers are ready to make green crackers in Sivakasi.

Tamil Nadu Fireworks and Amorces Manufacturers Association, President, P Ganesan, told the media earlier this month that workers in the industry have been trained in batches to produce the green crackers.

He also said that the manufacturers would be unable to put the green logo and quick response (QR) codes as they haven’t had sufficient time to get these things ready. The Supreme Court had made the logo and QR coding mandatory.

If this is one part of the industry's problems in implementing the green crackers rule, then the firecracker manufacturers are facing a couple of other issues too.

The first problem is that this time they are grappling with lower production.

“Cracker production has dropped 60 per cent this year because our units were shut down after the Supreme Court order last year, just ahead of Diwali,” says Ramamoorthy.

The units were shut for 4-5 months and that has led to production being affected. The industry got going only after the apex court cleared the manufacture of green crackers in March.

According to the manufacturers association, Sivakasi meets over 80 per cent of the demand for firecrackers in the country with the industry’s size being estimated at over Rs 6,000 crore.

(These unauthorised units are continuing to produce crackers that violate the Supreme Court norms. These firecrackers have found their way into the markets, thanks to the authorities closing their eyes.)

Sivakasi and its surrounding areas fall in the dry region that are rain-fed and thus these industries have gained ground there.

The second problem faced by the industry is a fallout from the first. The 4-5 months closure of the firecracker manufacturing unit resulted in many workers being left jobless. These workers migrated to other industries and regions, resulting in the current labour shortage.

“The shortage has led to manufacturers paying workers more than treble the salary that they earned earlier,” says Ramamoorthy.

Some of the skilled workers who used to earn around Rs 250 a day now command around Rs 850, he said, adding that the availability of experienced workers in the firecracker industry is now limited.

Another problem faced by the industry is that several cartons of crackers are lying uncleared with the manufacturers as PESO has not given its nod due to faulty chemical formulations being used to manufacture them.

The Supreme Court stipulations, falling sales, rising overhead costs, and competition from unauthorised units are all posing a challenge to the firecracker industry.

“Some of us have begun to diversify into other sectors like textiles,” says Ramamoorthy.

For now, however, the firecracker industry is witnessing good demand. “There is good demand this year because supply had been affected due to the closure earlier this year,” says Ramamoorthy.

The Supreme Court is expected to come out with its final guidelines in the next couple of weeks. Once the guidelines are in place, the firecracker industry would be able to heave a sigh of relief.

Get Swarajya in your inbox everyday. Subscribe here.
Tags:
63 Shares