Innovation Nation: Innovation Is Only One Of The Three Perfectly Acceptable Strategies 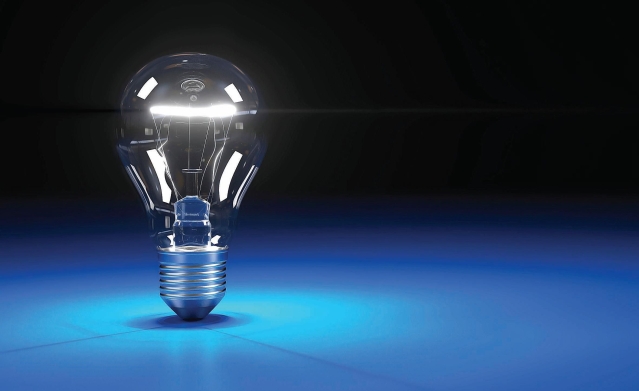 Rajeev Srinivasan on how innovation is a good strategy direction, but it needs to be in sync with operational excellence and customer intimacy, two other well-known strategies.

We have a general idea that invention and innovation happen in the minds of single individuals, who have a ‘eureka moment’ where they get a sudden flash of inspiration or an insight. This enables them to create a product or a service or an algorithm that nobody else had thought of, and thus create value. That is an idealized perspective, however, and in fact, much invention and innovation happen in large industrial labs such as those owned by Google or Glaxo Smith Kline or General Electric.

Similarly, the impression that invention alone can make for success in the long run is a bit of a fallacy. For, unless several other organizational capabilities are also nurtured, invention neither leads to innovation, nor to the longevity of the company. Having said that, there are some companies that have a signature core competence in invention and innovation; whereas other equally successful companies may have other strengths.

In general, we can identify three cornerstones strategies of highly successful firms: operational excellence, customer intimacy, and innovation. These three seem to be necessary (though not necessarily sufficient) conditions for firms to prosper in the long run. It is also the case that hardly any companies are simultaneously good at all three, although there might be a tendency to cycle through them, as follows.

Many companies first come to limelight because of one good idea that enables them to stand out from the pack. They may be the first to deploy that idea, or even if they are not the pioneer, they may be a fast follower, that is, good at implementing the idea. Typically, once you have crossed ‘the chasm’ where many good companies fall – they are unable to get enough customers excited about the product – they have to become fairly good at operations to serve their customers.

Furthermore, especially for service companies, the original inventive idea may not be something you can keep to yourself: it may well be simple, and out there for everyone else to see (and emulate). The way you can succeed is in pure implementation; if you can do the same thing better than everybody else, you may be able to defeat all your competitors.

Once firms have built up a customer base, typically they will be looking for a chance to sell other products to the same customers. There is a rule of thumb that it costs about 8x to acquire a new customer than it does to sell something new to an existing customer. This is where customer intimacy comes into the picture: do you understand exactly what your customer wants?

That is not a trivial problem, because often you neither know precisely who the customer is, nor do you know what pain points of theirs you may be able to address. Thus, it becomes important to become intimate with the customers. Apart from telling you what to build next, customers (especially those known as ‘lead users’) can be surprisingly helpful by telling you ways in which they are using your products well beyond what you had anticipated in the first place.

A good example of this is the invention of the motorcycle. The German who first did this was looking at a specific customer, the village postman, in his country, as his customer. Obviously, the product has found approval among a much larger customer base. There are techniques these days, such as Design Thinking, that enable the company to really attempt to understand who the customers are, and what the problems are that they are attempting to solve.

And obviously once you are customer intimate, you may well be able to invent, and the (virtuous) cycle begins all over again: invention -> operational excellence -> customer intimacy -> invention.

The fact, though, is that you need some level of competence in all three areas. As mentioned above, almost no companies are good at all three simultaneously; a few are good at two; and many are good at one. If you look at the companies that dominate the global technology market for example, the GAFA (Google, Apple, Facebook and Amazon), Apple may well be good at all three (superb supply chain among other things). Google is good at invention but not as good as Apple at customer intimacy (Apple has 800 million credit cards on file, and knows a lot about its customers’ buying preferences). Facebook knows its customers well, but may not be very inventive. Amazon is superb at implementation, knows a lot of customers, and is fairly good at invention (eg its cloud business).

These strategies also have an impact on the culture and positioning of the firm. If you target innovation, then you need to have a high-quality workforce capable of doing leading edge R&D so that a steady stream of new ideas can come out of the labs. Besides, innovation is a high-risk, high-return activity: only a small percentage of the ideas invented can become successful, so financial models need to be tweaked appropriately.

If you seek operational excellence, you concentrate on cost-reduction and full utilization of resources. Thus, for instance, you may seek to outsource your non-essential tasks to low-cost partners. For customer intimacy, you clearly have to spend a lot of effort on reaching out to, and listening to, both your current and potential customers.

In India, one could suggest that IndiGo is an example of operational excellence, Flipkart of customer intimacy, and Biocon of innovation. Incidentally, according to Forbes list of ‘The World’s Most Innovative Companies’ from August 2014, India’s most innovative companies are Hindustan Lever, Tata Consultancy Services, Larsen & Toubro, Sun Pharmaceuticals and Bajaj Auto.

Indian firms, in general, are possibly good at invention (or at least at jugaad); operational excellence is improving but is a challenge; and customer intimacy is low, because they have grown up in a socialist shortage economy. In time, though, they will become intimate with a large customer base that is essentially the Indian Ocean Rim including Africa and Southeast Asia: that is the way for them to survive and thrive.