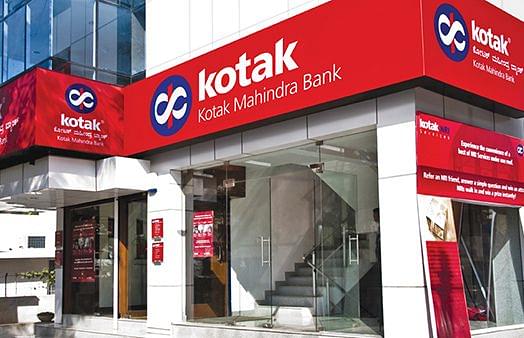 Last December, Kotak Mahindra Bank did something unexpected: it filed a lawsuit against the Reserve Bank of India (RBI) in the Bombay High Court for not accepting its issue of non-convertible, perpetual, non-cumulative preference shares as a valid form of promoter equity dilution. Under RBI rules, Uday Kotak and related promoter entities had to bring down their equity stake in the bank to 20 per cent by 31 December, which they failed to do. The promoters own more than 30 per cent currently.

Yesterday (12 March), Kotak’s counsel Harish Salve proposed to the High Court bench hearing the case that the promoters voluntarily undertake not to exercise voting rights beyond 20 per cent till the court took a final view on the lawsuit against the RBI. But the court, correctly, refused to rise to the bait.

The courts usually do not interfere with what regulators do in the course of their regulatory work, especially when there is no larger public interest involved.

While the RBI is clearly misguided in making promoter equity stakes such a big deal, Kotak probably made a strategic mistake by taking on the regulator publicly over the issue. It is not clear that the courts will create a new precedent by allowing Kotak to cock a snook at the regulator.

However, there is little doubt that the Kotak suggestion is a good one – one the RBI should consider seriously. There is no reason why a promoter has to keep diluting his economic interest in his bank even while reducing his voting powers.

Under current RBI norms, as noted in an earlier Swarajya article, “individuals and non-financial corporations can own only upto 10 per cent in a bank, while unlisted, non-regulated, non-diversified financial institutions can own upto 15 per cent; listed, widely diversified financial institutions and public sector undertakings and government can own upto 40 per cent (or more) in banks. Plus, exceptions may be allowed on a case-by-case basis.”

To repeat the arguments for allowing higher promoter stakes in banks, this is what we stated last year.

“First, it is a fallacy to presume that ethical behaviour is worse in private sector banks than in public sector ones. The mere fact that the bulk of the bad loans are in the public sector’s portfolio shows that ethical lapses can hit anyone, both an ICICI Bank and a Punjab National Bank. The limits on promoter holdings would be fair only if they apply to both government banks and private ones, but even then there is no logic to keeping the levels so low. Given that expanding banks always need some capital, the process of bringing down promoter equity stakes should follow the natural dilution route rather than the regulatory route.

“Second, the remedy for bad governance is stronger boards with highly independent directors. They should be accountable more to shareholders, especially minority shareholders, and less to promoters. The appointment of forensic auditors every three years in every bank will ensure that bank managements will largely stick to the straight and narrow. Promoter nominees on boards can also be limited to three, including the non-executive chairman.

While the High Court was right not to wade into regulatory territory by accepting the Kotak offer to keep its voting rights at 20 per cent, the RBI should take note and separate voting rights from economic interest. In the case of public sector banks, it should consider the opposite remedy: allowing the state to own a higher voting interest while diluting economic interest to other shareholders.