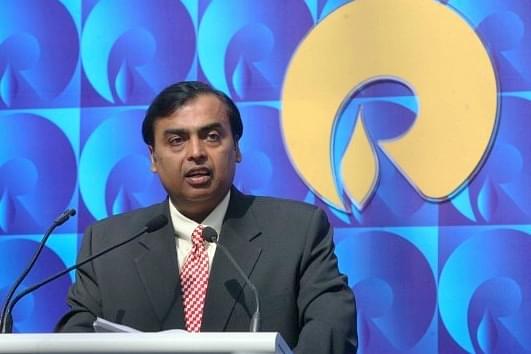 The Annual General Meeting (AGM) of Reliance was as spectacular as promised. Reliance, after all, is known for spectacular AGMs and there were high expectations from this one as well.

For those of us who remember, Dhirubhai Ambani used to have his AGMs in a Mumbai stadium, with thousands of shareholders filling in the seats. Mukesh Ambani has carried forward the tradition. Although it was a virtual AGM this year, the announcements were spectacular.

Reliance has announced a huge expansion plan and it would involve reconstruction of the corporation, which will largely focus on oil-to-chemicals business, the retail business and the technology-based Jio business.

The biggest announcement, however, was that Reliance would be an all-green company by 2035 and plans to achieve a carbon-neutral status. It is obvious that fossil fuels will be overtaken by green energy in the future. Reliance’s massive investment in the green energy will lead India into the green future.

Mukesh Ambani, in his trademark style, spoke about scale, hyper-performance and what he can do in the New World. Reliance will invest Rs 75,000 crore over the next three years in its ‘New Energy’ business. Of India’s estimated 450 GW (gigawatt) capacity of renewable energy by 2030, at least 100 GW would come from Reliance.

The world is moving towards green energy in a massive way and Reliance is expected to lead India into this New World.

At the AGM, Mukesh Ambani explained how he intends to do this. Four giga factories for new energy supply — especially solar energy — for storage (because solar energy is available during the day but power is needed 24 hours a day), a green hydrogen electrolysis plant and a fuel cell plant to make fuel cells for mobility. All four factories will come up at 5,000-acre complex in Jamnagar, Gujarat — a truly integrated factory set-up.

For a while now, Mukesh Ambani has been speaking about creating a green Reliance. With global leaders and big countries actively supporting action on climate change, Reliance’s timing could not have been better.

Along with Reliance’s green push, Jio continued to be the highlight of the AGM with Google CEO Sundar Pichai joining in. The big announcement was the launch of a new smartphone — JioPhone Next.

Jio and Google have partnered for several initiatives over the last many years and it is obvious that Google’s investment in Jio would yield rich dividends for the tech giant. Likewise, Jio would also use Google Cloud for all its phones; cloud business for mobile is indeed a very big business globally. Anyone who uses Google products knows that you have to pay a certain amount monthly to use the cloud architecture.

Like Google, Microsoft’s investment in Jio—Jio-Azure cloud data centres — is also strategic in nature. The Jio-Azure offering is targeted at small and medium-sized enterprises (SMEs). The cloud demand for SMEs is set to explode and Jio-Azure partnership will capture a large part of this market.

With 500 million subscribers possibly over the next 12 months, Jio sits right on top, globally, when it comes to 5G and mobile phones. The indigenously developed 5G technology, said Mukesh Ambani, has demonstrated a speed of 1 GB per second. The beauty of the architecture developed by Reliance Jio is that upgradation from 4G to 5G and possibly 6G is software-driven and not hardware-oriented. This is extremely important because the costs involved in upgrading the entire architecture are huge.

Many of us in the digital era were fearful that India might become a digital colony with the likes of Walmart and Amazon, and Chinese apps taking over. But with Jio becoming a major player, India and Indians will continue to stand tall in the digital world.

In the retail space, Reliance Retail has emerged as a massive player — JioMart registered over 6.5 lakh peak orders in a single day — competing with the Amazons and Flipkarts.

In A League Of Its Own

It is obvious that Mukesh Ambani has focused on very large growth businesses: oil-to-chemicals, energy, technology and mobile phones, and retail. All of them are going to be the ‘growing’ sectors in India for the next 10-15 years.

He also promised shareholders that there will be increased payback. In the last 10 years, he said, Reliance had invested $90 billion and in the next 10 years, it would invest close to $200 billion. Mukesh Ambani’s massive investments in green energy, digital retail and in the digital realm will ensure India owns its future, led by Indian capital and Indians.

Reliance is known for not only making announcements but achieving its targets as well. That’s why it is in a league of its own. If India were to have 20-25 companies of the size and scale of Reliance, it would certainly be a very different country.

But if you look at the data, you will be surprised by the number of companies that announce results of this scale, with profits of Rs 20,000 crore-plus. And if one fast forwards to 2030, most of these companies would be creating massive wealth for the country. Reliance certainly leads the way.

This article first appeared on News18 and has been republished here with permission.

Mohandas Pai was the CFO and then the head of HR at Infosys. He is now Chairman, Aarin Capital Partners.