PepsiCo’s Case Against Gujarat Farmers Is Weak, Here’s Why 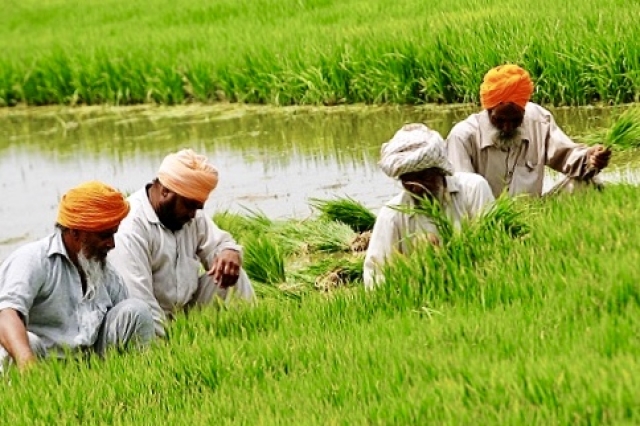 Potato growers in Gujarat are locked in a tussle with Pepsico India Holdings over growing a variety of the tuber that is used in making the corporate firm’s popular chips Lays.

Pepsico is claiming exclusive rights to the potato variety FL-2027 or FC-5 as it has got a plant variety certificate under the Protection of Plant Varieties and Farmers’ Rights (PPVFR) Act, 2001. This means farmers who buy the seeds and grow them cannot sell seeds obtained from the cultivated tuber.

The cola giant has filed a complaint against nine farmers in Banaskantha, Sabarkantha and Aravalli districts since 2018. Of the nine, four cases were filed this month at an Ahmedabad city civil court against farmers who hardly own a hectare of land.

Pepsico has claimed a compensation of Rs one crore each from the farmers for alleged infringement and the resultant damage they cause to its patent rights on the potato variety.

The cola major has complained that farmers were growing, producing, selling the FL-2027 variety illegally in violation of Sections 64 and 65 of the PPVFR Act.

The civil court has restrained the farmers from growing or selling the potato variety, finding prima facie evidence. It has also appointed a commissioner to investigate into the allegations, including taking samples of the variety and testing them at the Shimla Potato Research Centre.

Joining issue with Pepsico and taking up the farmers’ cause, about 200 farmer leaders and activists have asked the corporate firm to withdraw the cases. Leading the farmers’ cause are the Bharatiya Kisan Sangh and Gujarati Khedut Samaj besides a couple of other organisations and trusts.

These organisations and leaders have written to Dr K V Prabhu, Chairperson, Protection of Plant Varieties and Farmers’ Rights Authority (PPVFRA), Dr R C Agrawal, registrar-general, PPVFRA, Union Ministry of Agriculture, demanding withdrawal of the cases against the farmers. They have also raised the issue with the Gujarat government.

The argument in favour of the farmers is that they had grown potato from the seeds they had saved on their farms after having accessed it locally last year. These small growers were not aware of what they had grown.

Pepsico, tipped off that its certified variety was being grown by these farmers, hired a private detective agency to pose as potential buyers and negotiate a deal with them. The agency took videos of their talks with farmers and also samples of the potatoes without disclosing the real intention.

Pepsico says it got the samples examined at the Shimla Potato Research Centre and tests confirmed that the potatoes were of FL-2027 variety. With this information, the company has filed complaints in the civil court.

The organisations that have taken up the farmers’ cause argue that Pepsico’s entire operation violated law. The farmers, they say, are protected by the PPVFR Act. This then leads to the question if the civil court is right in appointing a commissioner in ordering an investigation in the issue?

Under Section 39 of PPVFR Act, farmers rights to seeds and planting material are protected. Section 39 (1) says:

Organisations like the Bharatiya Kisan Sangh contend that Section 39 (1) clause is far more important that exclusive rights granted to a person or firm registering a variety. In addition, farmers are entitled to protection as they were before the PPVFR Act came into force.

The organisations argue that the infringement could have occurred since the farmers may have not known the source of seed material or aware of the law. Their innocence in such circumstances are covered by Section 42 of the PPVFR Act.

A paper presented at a doctoral seminar on farmers’ rights said one of the unique features of the PPVFR Act was that a farmer can save, use, resow, exchange, share or sell his farm produce including seeds of a variety protected under the Act.

However, the farmer cannot sell a branded seed of the variety. This means putting the seeds in a packet or a container labelling it in a way to say that the variety is protected by the PPVFR Act.

The paper said that the farmer cannot be punished if he/she violates the PPVFR Act unknowingly, provided the innocence is proved. The protection is available for the first offence.

A presentation made for the World Intellectual Property Organisation by Malathi Lakshmikumaran of Lakshmikumaran and Sridharan firm that specialises in patents said no infringement is supposed to have been caused if the farmer was unaware of the existence of rights.

The Centre has said that one of the main features of PPVFR is that farmers have been given the rights as per FAO’s International Treaty on Plant and Genetic Resources for Food and Agriculture.

The point here is, were the farmers aware of the rights of the seed company? Most of Indian farmers are unaware of the legal implications of even small things, leave alone the patent infringement.

Did anyone explain to the farmers about the PPVFR Act and consequences of violating it? Why did Pepsico resort to legal recourse rather than sit across and discuss its rights with the farmers?

Wouldn’t such a move be more prudent than deploying a private detective agency to unearth the alleged infringements? Questions are aplenty but the fact is that the whole controversy could have been avoided had one of the authorities sat down and did some plain thinking.

The civil court may be right in granting a stay on the farmers growing or selling the variety but is it fair to order an investigation? Did the court seek the farmers’ response? Did it try to find out if the alleged infringement was caused wilfully? Why didn’t Pepsico approach the plant protection authority with its case for a solution if those supporting the farmers cause can do so?

There are quite a number of unanswered questions. On the other hand, there is something in the PPVFR Act that companies like Pepsico can resort to later. The Act gives protection to farmers act of innocence only for their first infringement.

This facilitates taking them again to the court if they are found violating the rules. Has Pepsico scaled up the issue with this in mind? Is it also a part of strategy for these corporates to take on farmers later for any infringement?

This then leaves the door open for the Union and State governments to act. Both Governments, probably through their agricultural extension workers, need to educate farmers of the PPVFR Act and consequences of any infringement on their part.

Corporates, too, would do well to join Government in the initiative in the long-term interest rather than resorting to tactics that serve short-term interests. Remember, it won’t take much time before the table is turned on them.

For now, the whole issue looks like the farmers may not be aware of what they did and perhaps the alleged infringement was unintentional. Pepsico case seems to be weak, given the provisions of PPVFR Act.