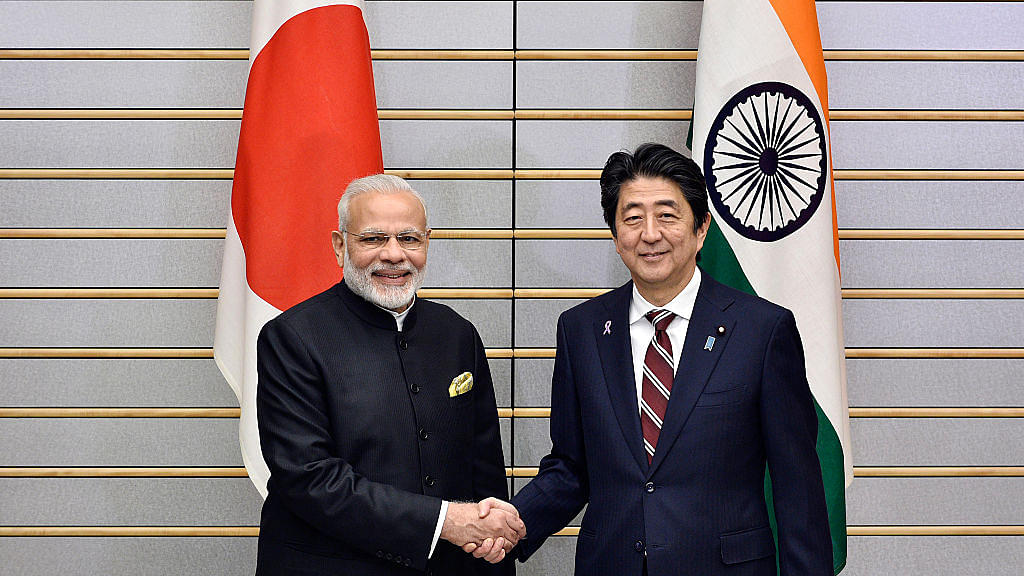 The upcoming visit of Japanese Prime Minister Shinzo Abe to India is expected to see the launch of the Asia Africa Growth Corridor (AAGC), three officials familiar with the development said of the project that is regarded as a counter to China’s Belt and Road Initiative (BRI).

India and Japan may commit about $40 billion initially to the proposed growth corridor with their partnership playing a key role in development of the corridor.

“Japan is ready to commit $30 billion for the AAGC while India is expected to commit about $10 billion in the proposed corridor. An announcement on this is expected in next few days. These investments will be supplemented by other institutions. The actual investment may go much higher as $40 billion is the initial commitment for launching AAGR,” said Sachin Chaturvedi, director general of Research and Information System for Developing Countries (RIS), a New Delhi-based think tank.

The investment commitment by Japan is for a period of three years while India’s time frame for $10 billion is for five years, he added. A final project report for AAGC has been prepared by RIS, the Economic Research Institute for Association of South East Asian Nations (ASEAN) and East Asia and Institute of Developing Economies – Japan External Trade Organization (JETRO) which will soon be released, Chaturvedi said.

Government officials in New Delhi declined to comment on the AAGC or possible investments in it.

The idea of AAGC emerged in the joint declaration issued by prime ministers Narendra Modi and Abe in November 2016.

Earlier in May, RIS along with these two research organisations had released a vision document on AAGC on the sidelines of the annual general board meeting of African Development Bank (AfDB) in Gandhinagar.

Modi, in his inaugural speech at the AfDB event in May this year, had said that India was working with the US and Japan to support development in Africa. On the vision document, Modi said that “the idea is that India and Japan, with other willing partners, would explore joint initiatives in skills, health, infrastructure, manufacturing and connectivity.”

India-Japan’s outreach programme for Africa comes at a time when China is implementing its Belt and Road Initiative (BRI) that aims to link China with markets in Europe and Africa through Asian countries and the Indian Ocean.

“The difference between OBOR (One Belt One Road) and AAGC is that while the former is centrally planned, it is not the same with AAGC. The proposed corridor by India and Japan will be built to connect different growth poles rather than aiming to build big carbon footprint-intensive projects,” Chaturvedi said.

Foreign Secretary S Jaishankar in a speech at the RIS last month explained the concept of the AAGC: “There must be a strong sense of local ownership that can only happen with consultative project designing, transfer of technology and encouragement of skills. No less important is ensuring of financial responsibility, so that there is no encouragement of unsustainable debts. Our activities must fully conform to balanced ecological and environmental protection and preservation standards. And, I am compelled to add, respect for sovereignty and territorial integrity.”

India has objected to the BRI on the grounds that it violates India’s sovereignty given that a strand of it – the China-Pakistan Economic Corridor – runs through disputed Kashmir. New Delhi had also drawn attention to the debt trap countries like Sri Lanka had fallen into by accepting Chinese loans for infrastructure projects – besides their environmental costs. Given these, India refused to participate in the launch summit for the BRI. (Mint)