The Indian Telecom Sector Needs An Urgent Reorganisation, Here's Why 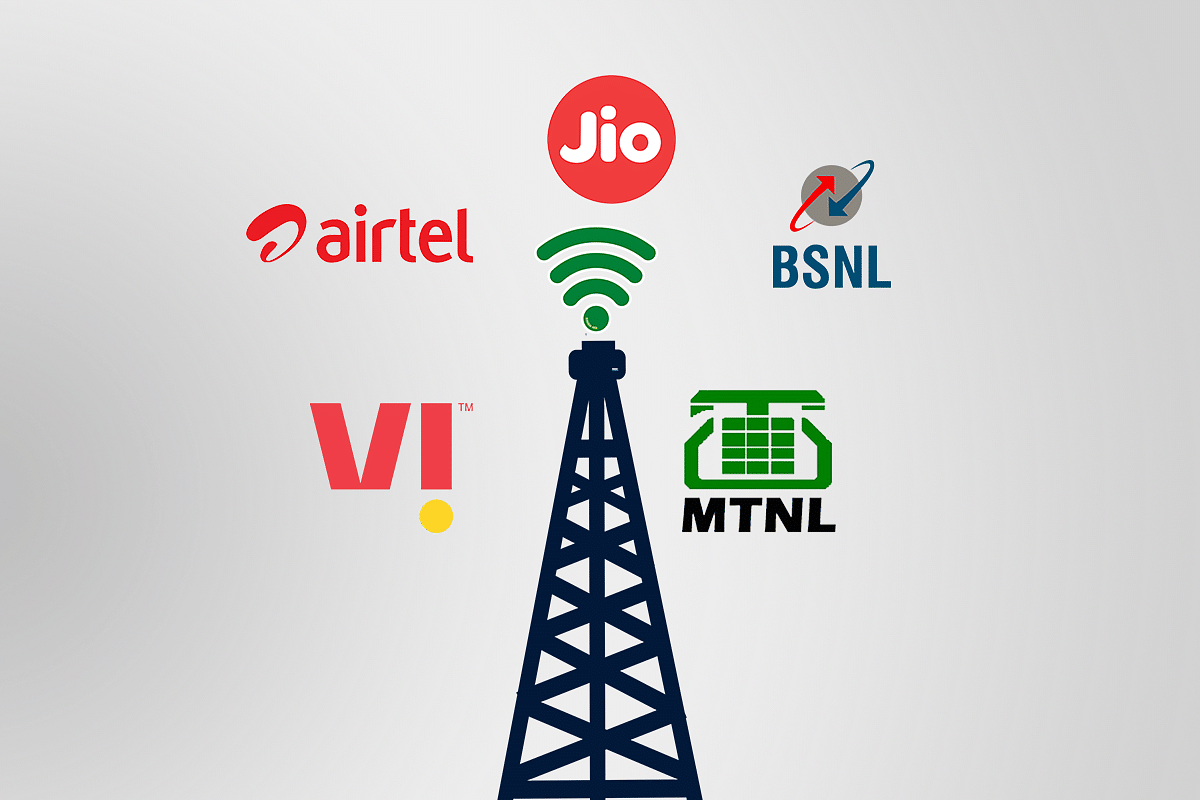 There is a need for restructuring telecom companies.

Kumar Mangalam Birla resigned as the chairman and managing director of Vodafone-Idea on 2 August. What else could he or anyone else do, given the present plight of the company that is on the brink of default of massive amounts due to the government by March 2022? The company’s cash balance is only a few hundred crores and no bank or financial institution is willing to lend. Millions of subscribers have shifted to rivals, mainly Reliance Jio.

In the early 1990s, prime minister P V Narasimha Rao opened up the provision of all varieties of telecom and information services to private sector companies, thus ending the monopoly of the Department of Telecom (DoT) and also the century-long telephone famine made acute by Nehruvian socialism which dictated the occupation of the commanding heights of economy and services and industry by the state, to the exclusion of people's private companies.

As a consequence of Rao’s decision, the poorest of the poor in the country are today able to have a smartphone and access to all the world’s information. The plain old telephone service (POTS), which cost an amount equal to the per capita income in 1994, is now available at about a hundredth of the present per capita income.

At one time, there were 12 telephone companies competing with one another, resulting in telephone becoming affordable to whoever wanted one.

But now, all this is about to change. Thanks to the DoT-devised disabilities being imposed on the telephone companies and the giant Reliance Jio, with its immense resources and a grand vision.

I hold that the DoT, which stands deprived of its monopoly and dethroned from its commanding heights, has been vengefully putting disabilities on the telcos. I will cite but a few such debilitating measures.

One idea that has not been highlighted so far is the immoral claim of ownership of radio spectrum (essential for mobile telecommunications) by the government and its auctioning to realise the highest revenues.

The radio spectrum that the telcos use is not created by the government or by god. It is created by the operating companies. It can be used again and again and is therefore an un-exhausting resource that the companies create. The only legitimate function of government is to regulate its use by slicing it into different bands and allotting them to different companies so that the use of the same spectrum in the same service area by more than one company does not lead to disorder. The regulator can of course realise the cost of regulation — allocating the spectrum and monitoring its use.

The second obnoxious licence condition is that after the spectrum is auctioned, its usage is also charged. It is like the owner of a flat selling it to some person and taking money from him and yet charging for its use by the buyer. The high amount realised through auction and the usage charges collected from the companies are immoral. They are also the highest anywhere in the world.

The third unfair imposition on telcos is the misinterpreted sharing of the telcos’ revenues from the adjusted gross revenues (AGR) .

Former prime minister Atal Bihari Vajpayee gave relief to the distressed and sinking telcos by migrating them from the upfront payment of licence fees to revenue-sharing system, through the National Telecom Policy, 1999. The telcos signed the migration agreement, agreeing to give a share of their revenues to the DoT/government.

The migration agreement signed did not, unfortunately, make a distinction between these two varieties of service and incomes of the companies. The main business of RailTel and GAIL, for example, was not telephone service. GAIL laid optical fibre cable and gas pipes. The bandwidth coming from those was used for their own communications as well as for lease to telecom companies.

RailTel too laid optical fibre cables for its own voice, data, and signalling communications astride the railways, in its own property. GAIL and RailTel took a licence to sell their extra bandwidth with telcos. The telcos and RailTel and GAIL, all signed the new licence without clearly understanding or recognising what might happen if the DoT insisted that not only the revenues of the licensed services but all revenues, are to be shared with the DoT as AGR share.

The DoT’s demand was not upheld, either by the Telecom Regulatory Authority of India (TRAI) or the Telecom Disputes Settlement and Appellate Authority (TDSAT). Even so, the DoT went to the Supreme Court and the apex court interpreted the agreement literally and ruled that the revenues, in whatever manner accrued to a company, should be shared.

This is what spelt doom for the telcos. And the final decision of the Supreme Court came after 10 years, with the result that the telcos not only had to shell out the share computed by DoT but also the interest for all the 10 years.

Another stunning development was the late entry of the most resourceful company in the country, namely Reliance Industries, through Jio. Its stunning 'no charge' introductory service and aggressive marketing resulted in the demise of almost all companies except Vodafone-Idea and Bharti Airtel, with BSNL/MTNL, the state-owned companies, haemorrhaging with mounting losses but still being kept alive by the DoT, just like Air India is kept alive by the government.

The government would not be justified in taking over Vodafone-Idea or giving any concessions in the payment the company has to make. If the government is not prepared to reinterpret the AGR, let the company which cannot pay, die. The death will be because of the government's greed, with the DoT as the hangman. India will be left with the duopoly of Jio and Bharti’s Airtel. But Airtel will not be able to compete with Jio soon, either. With BSNL/MTNL on the 'oxygen' of government money, India will have a near-private monopoly, rather than a government monopoly in telecom and IT services. This is most undesirable.

It is, therefore, necessary to rethink the regime for telcos. A distinction should be made between infrastructure and services that it facilitates.

The desirable long term solution is to restructure the industry. The infrastructure comprising cell towers, terrestrial microwave radio links and underground optical fibre cables should be deemed as competing infrastructures on which different companies can provide various services.

This would be like the state-owned national highways and airports, using which different companies competitively provide different kinds of services. Rail tracks and signalling equipment are beginning to be used by private passenger train service-providing companies.

The emerging giant, Jio with an inexhaustible financial resource from RIL, may be separated into two companies, one for infrastructure and the other for services. This restructuring requires extensive consultation and deep thinking, so that a proper solution for the long-term health of telecom companies and for affordable services for the poorest of the poor, continue to be available as at present.