The Jio Disruption Giant Now Moves To A New Field 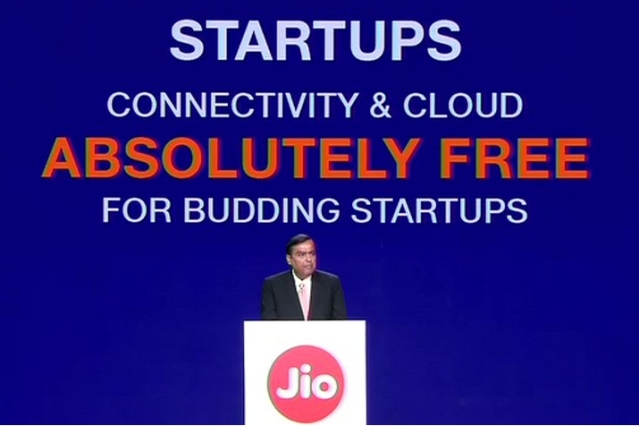 This is the age of disruption and in India this disruption is coming from one of India’s biggest conglomerates as it operates in a start-up mode.

The recent decision of Reliance to enter the broadband sector, while it simultaneously offers landline, television and Internet as a bundle, is yet another Jio disruption that India is likely to witness.

Existing players in these sectors failed to optimize on their operations or innovate in order to improve their service or lower their costs.

Consequently, penetration of broadband remained low until the government launched its digital India mission. Reliance claimed to offer these bundled services at one-tenth of global rates, thereby forcing existing players to respond, in what appears to be, the start of a prolonged tariff war.

With the onslaught of Netflix, Amazon Prime and Hotstar, existing DTH companies were facing a stiff competition in terms of expanding their urban consumer base, and with Jio lowering the prices, they will find it hard to compete in rural markets.

Another big development is that Jio’s GigaFiber offer is giving a HD 4K LED television and 4K set-top box free as its welcome offer to those customers that opt for the one-year plan.

This in itself is likely to disrupt existing broadband and DTH players forcing them to either merge and consolidate or shut their shop.

TRAI is considering portability of set top box and this is likely to further amplify the disruption and help Reliance gain market dominance sooner rather than later.