The Moat Mirage And Zomato IPO: Competitive Advantages In Industries Are Less Common Than You Think 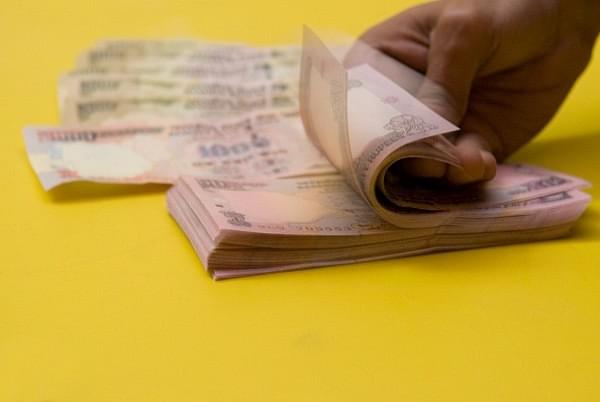 Ever since Warren Buffett’s letters made it to investors’ reading lists, the phrase ‘economic moat’ has become a hot word in financial circles. Today, financial gurus on Twitter cannot get enough of ‘moated businesses’. The hash-tag, #moatinvesting, seems to be used indiscriminately by investing enthusiasts on Twitter, regardless of the Tweet’s actual content.

Given Buffett’s celebrity status in the investment community, the idea of moat investing has been raised on a pedestal. However, this obsession has a dark side too.

However, a business with a strong economic moat continues to earn a high return on its invested capital over a long period of time. Unlike pure commodity businesses, where competitors can only compete on the basis of price, a business with a moat has a much stronger pricing power.

For instance, in the steel business, there is no differentiating factor between most players. The players have similar cost structures and no way to differentiate their products from their competitors.

Therefore, they are forced to reduce prices in order to convert their inventory to cash. Some players shut down during this glut phase, and the supply of steel slows down, resulting in higher prices — and the cycle begins again.

Even a behemoth like Tata Steel has spent pretty much its entire cumulative cash flow from operations on capital expenditures and interest payments for the past 10 years. The business is simply gruesome.

Compare this to a business like Nestle India. The business has built multiple strong brands over decades. For the average Indian kid, the brand name Maggi is synonymous with noodles. Nestle’s brands have had stable operating margins for years. It also is one of the few companies which have received licences for manufacturing baby food.

The baby food business has yielded more than 90 per cent margins consistently over years. Nestle has been generating strong operating and free cash flows for years now. It has consistently earned an abnormally high return on capital for many years, indicating a strong economic moat.

Even the father of moat investing, Buffett, has made several mistakes when it came to identifying moats. Dexter Shoes, Kraft Heinz and Precision Castparts among others were hailed as great businesses with strong competitive advantages.

However, these businesses did not really perform as well as Buffett expected them to, resulting in losses. Some businesses like stock exchanges, city gas distribution companies, telephone companies and certain platform businesses have strong network effects and obvious moats.

However, the process of identifying competitive advantages for other businesses is relatively more abstract. Number crunching can only indicate the presence of a moat. In order to actually determine whether a business has a competitive advantage, one must possess a deep understanding of the industry.

The average retail investor does not have the time or the resources to study multiple industries in-depth, putting him at a disadvantage. A major example of misunderstanding moats is the assumption that brands equal moats. Most brands do not really offer any sustainable competitive advantages, and the ones which do offer real advantages might not do so after a few years.

In India, retail chains and retail platforms have emerged as direct bulk-buyers of consumer products. These chains buy goods at lower rates on credit from fast moving consumer goods (FMCG) companies. This is a huge shift from the cash-and-carry model where distributors paid FMCG companies in cash immediately.

Such changes prove that today’s powerful brands might be a mere shadow of themselves in the coming years.

Recently, Zomato’s initial public offering (IPO) has gained a lot of media attention. Several analysts have highlighted Zomato’s entrenched networks and the duopolistic nature of the business, and labelled them as competitive advantages.

However, a financially strong competitor like Amazon or Reliance can easily displace Zomato. The business model is easily replicable and the customer base is not really sticky. The moment these customers are offered higher discounts by a competitor, their loyalties will shift.

Platform businesses are inherently more dependent on the buyers rather than the suppliers. If buyers move away, the platform’s economic value de-grows exponentially. Given these factors, an investor should be sceptical of Zomato’s valuations.

Let’s study Buffett’s love affair with moats. Before Buffet actually developed the concept of moat investing, he was a fund manager who invested into undervalued firms. His modus operandi was to buy companies whose entire market capitalisation was lower than their net working-capital.

Relying entirely on numbers, he rarely focused on evaluating the qualitative characteristics of the businesses. Such extremely undervalued investments offered a huge margin of safety.

However, as the funds he managed grew, such small investments did not really move the needle for his investment firm. He had also invested in insurance companies, whose ‘float money’ required a more permanent investment avenue.

It was under these circumstances that Buffett decided to shift his attention from extremely undervalued mediocre businesses to fairly valued companies with strong competitive advantages. Buffett has admitted on multiple occasions that his investment strategy would be completely different if he was managing a smaller sum of money.

Therefore, mere mortals like us may want to stick to good-old number crunching. Giving excessive weightage to abstract qualitative factors can prove to be dangerous for investors.

Fairly good businesses with honest managements and low valuations offer a better chance at preserving and creating wealth. The elusive (and often illusory) search for moats should be left to the experts.