The Tower Deal: Why Idea, Vodafone Offloading Stakes Is A Sensible Move 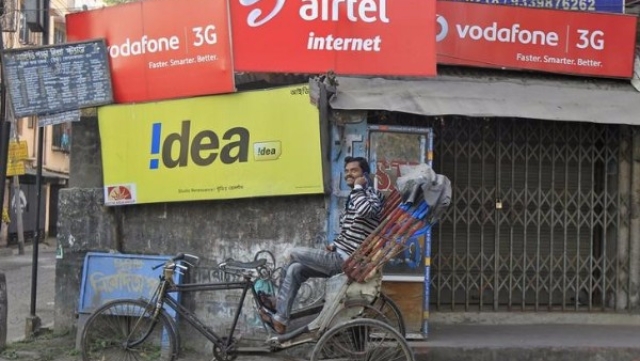 Advertisements for Vodafone, Idea and Airtel

The bloodbath in India’s telecommunications industry over subscribers and tariffs has already led to unprecedented consolidation, with heightened merger and acquisition activity and at least one operator partially shutting shop in the wireless business. This means the number of active service providers has almost halved. Vodafone India and Idea Cellular are moving along the merger path to create India’s largest telecom service provider. Bharti Airtel has agreed to acquire the businesses of Tata Teleservices and Telenor besides some other smaller acquisitions. And Reliance Communications has decided to shutter its 2G and 3G services business. All this, after the arrival of Reliance Jio Infocomm (RJio) in September last year with a host of freebies led to a tariff war for both voice and data besides an unusual churn of customers. RJio’s arrival is being seen as the main reason for the present upheaval in the market.

In this scenario, it was only a matter of time before telecom service providers began monetising non-core assets to deleverage their burdened balance sheets, so that they are better placed in an already hyper-competitive market. The announcement earlier this week about American Tower Corporation (ATC) entering into an agreement to acquire 20,135 telecom towers held by Vodafone India and Idea Cellular for about Rs 7,850 crore ($1.2 billion) is a big step in this deleveraging process. The report says the tower deal is expected to be completed in the first half of 2018 and will consolidate ATC’s position as the second-largest telecom tower company with about 80,000 towers.

Market leader Indus Towers, with 123,073 towers, is already being acquired by Bharti Infratel, and Reliance Communications is also looking for a buyer for its tower assets. Idea Cellular and Vodafone’s exit will mean that there will be no mobile operator left in the tower segment other than Reliance Jio.

This report talks about a scenario where only three tower companies will emerge from about eight currently – Bharti Infratel-Indus Towers combine, ATC and a Canadian entity, Brookfield. India has a little over 4.5 lakh towers, expected to grow 3-5 per cent each year.

So why then are some biggies offloading tower assets? Remember, the core business of telecom service providers is offering wireless services; owning and operating telecom towers is a non-core activity in almost all other countries. India is only following the global example now. And as per the terms of the agreement of the merger between Idea and Vodafone, selling off their respective tower businesses was a stated condition to the merger. This merger is expected to create India’s biggest telecom operator with a valuation of over $23 billion, subscriber market share of about 35 per cent and value market share close to 40 per cent. Owning and operating towers would have been a needless drag on resources and time for the merged entity.

Statements from Vodafone and Idea said if the deal went through before the proposed merger of the two companies, Vodafone India would receive Rs 3,850 crore and Idea would receive Rs 4,000 crore from the sale of towers to ATC. And Idea managing director Himanshu Kapania said in this interview to the Hindu Business Line that monetising towers would help the company in improving broadband coverage, 4G and overall capacity for 4G. He also said that during the first half of this fiscal year, the tower business reported a revenue of Rs 596 crore and EBITDA of Rs 194 crore for Idea Cellular. The funds received from the sale of tower assets will be used to strengthen the balance sheet by deleveraging debt. “We are yet to take a call on how much debt we will pre-pay. All that I can say now is the overall amount received from the sale of the tower business by both the companies will be equivalent to 6.5-7.5 per cent of the net debt of the merged entity”.

Besides the deal with ATC, Idea is also looking for ways to monetise its 11.5 per cent stake in another tower company called Indus Towers.

As the telecom service providers continue to stare at a revenue loss quarter-on-quarter and uncertainty in the near future, the example of Reliance Communications should show why monetising non-core assets is the only way of survival for most players.

As reported here, Reliance Communications has a debt of over Rs 45,000 crore on its books and has just presented a fresh “zero write-off” plan to lenders, under which banks could convert some of this debt into equity by taking a 51 per cent stake in the company. Banks could then raise funds by selling the telco’s towers and spectrum to potential buyers. RComm is going through strategic debt restructuring as it has been struggling under the tariff wars that have engulfed the industry after the entry of RJio. Its merger proposal with Aircel fell through two months ago and its $200 million tower deal with Canadian investment fund Brookfield Infrastructure has been called off since the fall-out of the Aircel merger. Now it has allegedly stopped making payments to certain lenders, and its scrip is suffering significant decline on the stock markets.

For the industry as a whole, the debt would accumulate to Rs 4.8 lakh crore by the end of this fiscal as per an estimate by analysts. So, as we said earlier, the move to offload stakes in the infrastructure business is a smart one by operators since this will enable them to unlock precious cash and reduce some debt.