Why Azim Premji Is India's Most Generous, And What Govt Can Do To Create More Premjis 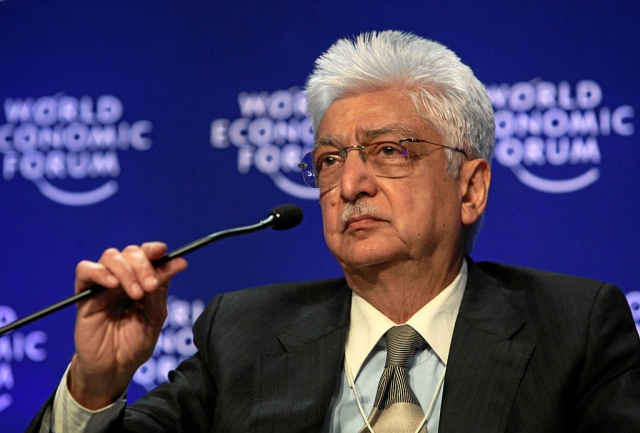 Government’s job is to enable, not do the job itself. And more Premjis will only help.

A recently-published listing of India’s biggest philanthropists has Azim Premji ahead of the rest of the pack by miles. The list, by China-based Hurun Report, is seriously flawed (the Tatas, who place most of their core shareholdings in trusts, don’t find a place in the Top 10), but it is indicative at least of the distance Indian corporate philanthropy has to travel to be seen as truly generous.

The list has Premji giving over Rs 27,500 crore for social causes, four times more than the remaining nine in the Top 10, in 2015. This suggests that the Wipro boss has more of the milk of human kindness sloshing inside him (to borrow a phrase from PG Wodehouse) than the rest of India Inc.

However, this is misleading, for two reasons: With a 75 percent stake, Premji has more headroom to give away his wealth than some of the other promoters struggling to retain control with little shareholding, and with a lot of it pledged to banks. Secondly, with corporate social responsibility (CSR) pending now mandated by law, many Indian businessmen see no reason to hand over personal wealth for good causes when their companies are anyway compelled to part with 2 percent of annual net profits for social causes.

Premji’s is also a unique case in that he is a man born into wealth (his dad was the original wealth creator, and Premji also created his own success in the about-to-boom IT services industry). He is an inheritor and entrepreneur, with none of the problems associated with sharing wealth and management control with squabbling siblings. Most Indian businesses have gone through gut-wrenching battles over ownership and control when business families split, often with a lot of acrimony.

There are, however, more fundamental reasons why India Inc is more Uncle Scrooge than Karna when it comes to giving. Two things need to change before India’s super-rich start becoming more generous than now.

First, a law on taxation of inheritance, which is a very powerful push factor in American philanthropy, is practically non-existent in India, especially after the abolition of estate duty by VP Singh in the 1980s. However, the purpose of an inheritance tax is not revenue generation, but as a prod to ensure greater inter-generational equity and private investment in the social good. Even if an inheritance tax brings zero revenue but prompts corporates to fund education and health for our millions by creating non-profit trusts for the same, that’s great.

Jayant Sinha, Minister of State for Finance, was a strong votary of inheritance tax in his earlier avatar as partner of the Omidyar Network in India. He should urge his boss Arun Jaitley and superboss Narendra Modi to move in this direction, howsoever slowly and cautiously. The idea, if nothing else, will play well in the populist gallery. No party will oppose it for fear of being seen as pro-rich.

Second, the Indian business mindset of not separating ownership from management needs a legislative goad. Or, at the very least, institutional investors and lenders must insist that the top management be chosen on the basis of competence, and not by who is designated a “promoter”. A promoter does not have a god-given right to run his company, especially when he is largely a minority shareholder with less than 50 percent of equity issued. They can have board representation, but companies cannot be always run by them, unless they have management talent. Even if they own 100 percent, this should be the case, but then, no one can complain if they run their companies into the ground by mismanaging them.

A separation of share ownership from management will make the erstwhile promoters think of themselves as shareholders with an entitlement to demand performance and not to jobs as CEOs. In fact, once they become entitled only to the dividends and capital gains on their shares, they can devote more time to entrepreneurship and philanthropy.

It is significant that none of the original promoters of Infosys is currently one, and most of them are philanthropists in their own right. After Premji, the next four biggest philanthropists are all from IT, three from Infosys. It is also worth noting that under the last founder-manager, SD Shibulal, Infosys started sliding, suggesting once more that share ownership should not give you the right to management.

However, the separation of ownership from management does not mean being anti-business. At the other end of the spectrum, company law should encourage listed companies to go private whenever the original owner, or a predator, wants to run the company his way. Innovation depends on risk-taking, and there are no bigger risk-takers than promoters who own 100 percent in their companies.

The legislative nudge required to promote greater philanthropy is to offer tax cuts for amounts spent on, say, education and health from personal wealth (it could be rural sanitation or any other worthwhile social priorities), but the idea is to use private competence and wealth for positive purposes beyond conspicuous consumption.

It is often said that government must not be in business, but must focus on public goods that no one else can provide. However, there is no reason to think that beyond law and order and defence and things that cannot be left to private hands, governments can ensure good outcomes in complex areas like education and health. Government’s job is to enable, not do the job itself. The Right to Education Act is a tacit (though hamhanded) admission that education is too important to be left to government. The more logical thing to do would have been to ask private social entrepreneurs to invest in the 90 percent of schools that are in the public sector, and this needs more philanthropy.

Though Premji’s is a unique case of good fortune and generosity, our laws need to help create more Premjis. One Premji is not enough.