Why The Independent Republic Of Arnab Goswami Is Under Attack 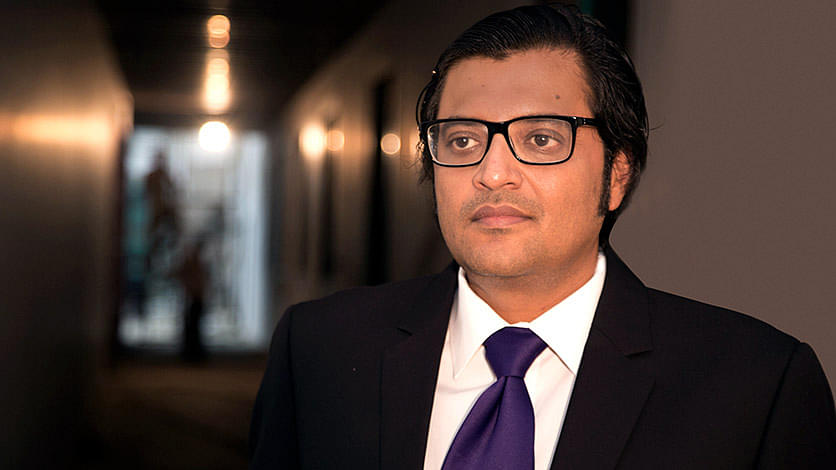 The independent Republic of Arnab Goswami, prosecutor, judge, jury and executioner of the evil forces conspiring against India, has been under consistent attack from Lutyens zone principalities for as long as one can remember. In fact, the first attack came even before his channel was launched through a story in TheWire.in against one of its promoters, which was removed on court orders.

Over the last few days, one media channel has raked up a video dating back to 2013 (now taken down), where Goswami is seen to be claiming the experience of facing down communal mobs in 2002 Gujarat, experiences that were documented in a book written by his former boss, Rajdeep Sardesai. Unless Goswami had similar experiences of his own elsewhere, he clearly owes us an explanation on how this happened.

But what is interesting about the whole affair is not his questionable claim, but how eager the Lutyens media elite is to trip him; equally, presuming Goswami wrongly claimed Sardesai’s experience as his own, it testifies to the power of the same cabal where even the man taking them on (ie, Goswami) is forced to claim a “secular” experience to avoid being branded a “Sanghi”. Labelling rights for designating any news as “right” or “wrong” remains with the Lutyens elite, it seems. So, even while it is fair to criticise Goswami’s channel, Republic TV, as too aggressive, and even toxic at times, the Lutyens media mafia behaves in the same way, playing prosecutor, judge, jury and executioner to those whose views it disagrees with. It can decide what is news, and what can be dismissed with a mere mention.

Thus, the murder of anti-Rashtriya Swayamsevak Sangh writer Gauri Lankesh is worthy of prime-time coverage for days on end, but not the murders of scores of other journalists elsewhere, including the latest one in Tripura on Wednesday (20 September), which got single-column coverage in The Times of India, Bengaluru, on page 10. Lankesh’s murder was the front-page lead, and occupied considerable acreage on the inside pages too for many days.

Coming back to the specific instance of Goswami’s experiences in riot-torn Gujarat, it is more than likely that he was indeed there. But he was so far down the food chain in the news hierarchy of TV crews at that time that it seems unlikely that his experiences were the same as that of Sardesai.

The problem for Goswami is that, unlike other journos who may be wrong-footed by such gaffes, he cannot just acknowledge a mistake and move on. Most journos claim all kinds of credit for breaking stories and exciting news experiences when the reality is different: most big breaks happen because someone wants to leak a story, or because vested interests want someone’s reputation damaged. The Radia tapes, which led to a lot of red faces in media, did not surface due to any extraordinary digging by media houses. It just landed up at newspaper offices because someone wanted them leaked. Most newspapers just sat on them since it made their famous colleagues silly, but it needed only one magazine editor to defy the norm and publish it for the floodgates to open.

Similarly, the January 2013 story on the United Progressive Alliance government being spooked about the possibility of a “coup” by Gen V K Singh, who was challenging its decision to retire him due to a discrepancy over his date of birth, probably originated in the government itself. The journalists who investigated the leak probably just added the bells, whistles and quotes necessary to make the story complete.

The main accusation against Goswami is that he may have “plagiarised” Sardesai’s experience, which gave the channel (India Today TV), which hosts Sardesai, the opportunity to take potshots at him in the name of media ethics. But if one wants to discuss media ethics, this particular one would come far lower down in my list of ethical transgressions than paid news (without disclosure), political and advertiser skulduggery in planting or preventing news from appearing in the media, straightforward acceptance of bribes by journos, etc.

The media did not feel the need for a witch-hunt when the channel’s own owner was once accused of the same thing. (For the fun details, read my comments written in DNA here). I certainly don’t approve of plagiarism, but I don’t place this “crime” in the same category as “murder” or monetary “corruption”, when usually it is the person who is “wronged” who gets the most publicity when discovered. Just as imitation is the best form of flattery, journalistic plagiarism yields enormous positive publicity to the person plagiarised, which more than cancels the losses from not being quoted as the source of the original work. So, it is worth exposing plagiarism, for then the costs and benefits work against the person accused of doing it. But that's about it. Making too much of a song and dance is not needed. The embarrassment caused is a better punishment than any claims of great originality on the part of the author.

The questions that really need asking about this affair are the following:

One, why is the Lutyens media so desperate to bring down Goswami?

Two, why is Goswami not able to acknowledge a mistake and just move on like the others did, including Fareed Zakaria of CNN, who has been repeatedly accused of plagiarism, but the channel continues to stand by him?

Three, what are the real chinks in Goswami’s armour that he needs to address, not only in this case, but his channel’s overall approach.

The answer to the first question is simple. Goswami upended the cosy Lutyens consensus of how and what news is to be covered, when he was at Times Now. Goswami took on real issues and the big names that the mainstream media (MSM), under the tutelage of the power elite, was reluctant to. MSM was too compromised with the establishment to really address issues that may concern Hindu rights, jihadi Islam, crony capitalism, corruption accusations against Sonia Gandhi, or Naxal violence, among other things.

Goswami broke the clutter by positioning himself as India’s Fox News, which could take up causes that were earlier taboo, but which had widespread resonance outside the Lutyens Bungalow Zone. It is interesting that only the English media considers such political correctness as the norm, while the regional media has no fears talking about these issues.

Sidelined in the TRP game, the old MSM channels positioned themselves as “Not Arnab”, thus giving him more oxygen and more traction with the remote wielding middle classes. In 2015, all his rival channels aired promos about themselves claiming they were not a “circus” like Times Now, or a “tabloid”.

But Goswami simply ignored them and his success continued till he himself broke with the Times Group and started Republic TV.

This is what gets under Lutyens skins, for they cannot believe that their “kosher” journalism has been junked and proven sterile by Goswami, with his take-no-prisoners approach to news. Not only that, Goswami wannabes like NewsX also applied his methods and gained traction. Today, long after Goswami is gone, Times Now continues to be influenced by his approach to news.

Goswami’s enemies will do anything to bring him down. Nothing hurts more than a hated rival’s continuing success.

This brings us to the second question: why is Goswami not able to easily mutter a veiled apology and move on? In part, this is the result of one simple fact: unlike other anchors, who merely have viewers and audiences, Goswami has a fan following. When you have large, uncritical fan clubs, you face the same problem that a Modi has with his uncritical bhakts, or Bollywood’s heroes have with diehard worshippers: you have to live up to their image of you. Modi is “chappan inch ki chhati”, and so he cannot do anything non-macho for fear of his fans. A filmstar who bashes 100 villains on the screen cannot be shown as someone who is afraid of dogs or can’t actually mount a horse. A Goswami is always right, and mistakes acknowledged by him will not go down well with his fan-base. In person, Goswami the man comes across as someone with as many human vulnerabilities as you and me. But Goswami, the scourge of India’s villains, is not the same person on an LCD screen. He cannot be seen making an abject apology. He must be always right.

This bring us to the third point – his professional vulnerability and the chinks in Republic TV’s armour.

Arnab Goswami has made a few mistakes in his second coming.

#1: Republic TV continues down the same path that he trod at Times Now. Which means there is little differentiation from the old Arnab Goswami. Moreover, he is up against a strategist like Samir Jain and the marketing machine at Times Group. They know that they have more resources than the Republic, and they are thus attacking him from two ends: while Times Now continues as before under Rahul Shivshankar, Navika Kumar and Anand Narasimhan, at the other end the group has launched other TV brands like Mirror Now to corner him. This forces Goswami to become even more edgy, where he has to take more extreme positions to retain the edge. Ultimately, Times Now could just push him off the precipice. They have the money and the strategy, including multiple brands and a bouquet of offerings, to do this.

#2: Goswami is making the channel more about himself than the news. This did not matter much at Times Now, for they were at that point trying to break the clutter of soporific and establishment-based news, but today everyone is willing to at least discuss difficult, politically incorrect ideas and related news. By making himself bigger than the channel he owns, Goswami runs the risk of making himself the news, with the channel having nothing more than him as the asset. This is dangerous. A channel dependent on one person is vulnerable.

#3: The programming needs more nuance even in prime time. It is one thing to be edgy and politically incorrect, quite another to make the screen the scene of multiple screams where no one can be heard, and nothing is registered as good or bad argument. At some point, his audiences may just tire of this. You can’t be Times Now Squared to win this game. You must be different.

Goswami is taking up the right issues, issues that many others avoid, but he is not necessarily treating these topics with the gravitas and respect they reserve.

In the end, his larger than life personality on the TV screen may well end up tripping him as he tries too hard to live up to being Rambo, and the harbinger of over-the-top news.