Railways: Choice and Competition - I 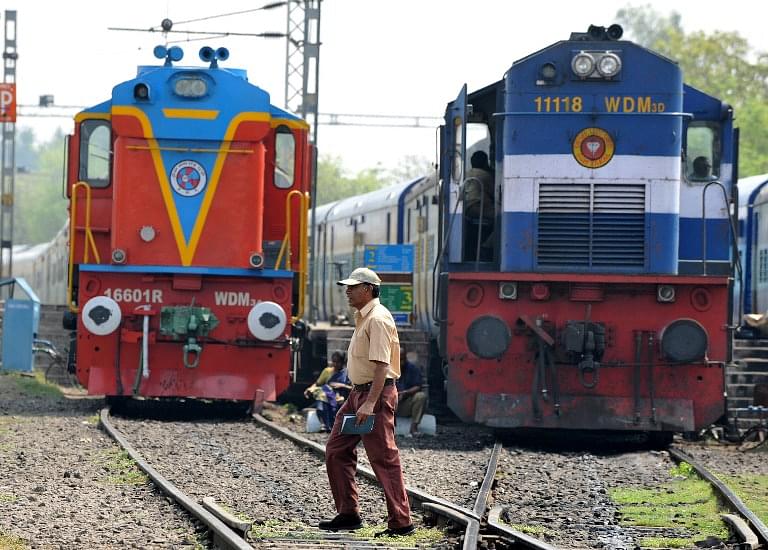 Beginning a monthly column on matters economic and infrastructural.

I am a Member of a Railway Committee. That Committee hasn’t submitted its report yet (the timeline is six months for a draft report). Until then, it is unfair and inappropriate for me to say anything about what the Committee will recommend towards restructuring of Indian Railways (IR). However, everyone I meet, even socially, has a view on what should be done to fix IR. Sometimes, these views are articulated in the absence of perfect information. Suggestions and views are welcome (the Committee has asked for those). All I will do is provide some information that may help form these views better.

In a general sense, most people know about freight cross-subsidizing passenger fares and the need to hike passenger tariffs. IR runs 12,617 passenger trains every day, of which 4,728 are EMUs, 3,213 are mail/express and 4,676 are ordinary passenger trains. The average revenue per passenger per km is 28.52 paise.

When I mention this to people, the immediate reaction is: We know, this is a suburban problem. Partly yes and partly no. For suburban, the figure is 13.80 paise. However, for non-suburban, it is only 30.78, divided into 109.47 for upper class, 27.47 for second class mail/express and 14.54 for ordinary second class. It is thus more than a suburban problem.

There is what can broadly be called a social cost issue. Several trains, classes and branch lines are commercially not viable. Some essential commodities are also carried at below cost. Cleaning up accounts, shouldn’t the government (Union/State), compensate IR for this social cost burden? This has been a recommendation since late 19th century, but never implemented.

Until commercial is delinked from social objectives, what purpose does mere corporatization serve? Subject to some constraints on track capacity, it is possible to run completely private trains, to inject competition. But if these private operators are not allowed to set their own tariffs, who would be interested? (In passing, many of the 710 stations and trains stopping at these are not commercially viable.)

That argument isn’t true for freight. Why not permit private goods trains? IR itself runs 7,421 goods trains every day. (In a very limited way, private goods trains are indeed allowed.) In some stretches, capacity is severely constrained. One has mail/ express trains, ordinary passenger trains and goods trains running along the same track and it costs between Rs 10 and 15 crore to create 1 km of new track.

Automatic signaling is good from the safety point of view. With automatic signaling, it becomes first in, first out—no scope for precedence. Manual override is only possible in very exceptional circumstances. (That explains why, in overstretched sectors, even Rajdhani/ Shatabdi/ Duronto get delayed nowadays.) The point isn’t that speed of 25.5 km/hour. The point is that in some segments (not all), it is difficult to ensure a goods train will reach at a specified time.

I mentioned safety and let’s probe that a bit more. There is a difference between safety and security. There are some problems with the way IR defines a train “accident” and this includes level crossings. With that caveat, accidents per million train km is 0.11. That’s what it is in Germany. The figure is 2.3 in the US. In other words, the safety record isn’t bad and has improved.

Security is a bit different. Most people I meet don’t seem to know that RPF (Railway Protection Force) has very limited police powers. It can only protect “railway property”. There have been attempts to give RPF greater police powers, but state governments have resisted this on grounds of law and order being a state subject. There is a GRP (Government Railway Police). IR pays 50% of the costs, but administrative control is with states. Over and above that, we have the state police and there is a complete lack of coordination across these.

This is the right place to mention over-staffing in IR. You may have read earlier Committee reports which state there is over-staffing of around 20%. Since then, the number of employees has declined from 20 lakhs to 13 lakhs. The sanctioned strength of RPF itself is around 75,000. There is probably still over-staffing of around 10%. But the real issue is that there is employment in non-core activities like RPF, medical and educational services and a staff shortage in the core business of maintaining track and rolling stock and running trains.

Since one has used the word core, what about production of locomotives, wagons and coaches? This isn’t core. Why can’t one allow private sector entry? It is indeed allowed, certainly for wagons and coaches. But there is also a problem that plagues all government, not just IR. This concerns the procurement system and L1 and vigilance enquiries.

Yes, there is an apples versus oranges issue. With that qualification, private wagons and coaches are more expensive than ones produced by IR. Produced by IR workshops, one doesn’t have to pay indirect taxes. Procured from outside, one has to. But I don’t mean that. The manufacturing cost itself is higher in the private sector, though as I said, there is an apples versus oranges issue. Until we figure out sensible ways of solving the L1 problem, there will be an issue.

On imparting choice and competition, there are many other points to flag. I will do that next month. This is only the first installment.