2021 In Retrospect: Covid-19 Vaccination Effort Is A Demonstration Of Executive Power 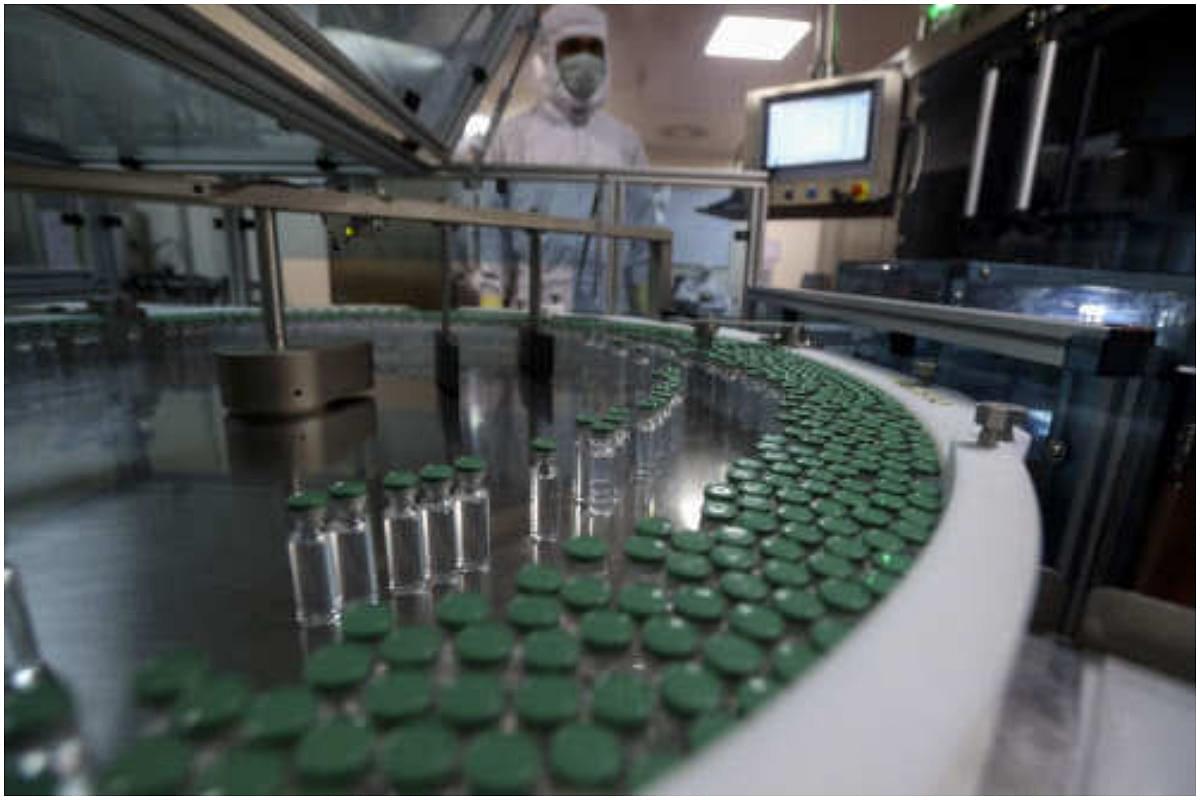 Vaccination of the general population began with the 60+ and those 45+ with comorbidities starting 1 March 2021, which means 305 days since general eligibility commenced.

This article overviews the Indian vaccination effort over the course of the year.

First, let us dispense with the topline numbers. With high probability, the year will end with 1.45 billion doses done.

How does this compare to global performance? With reliable data from China being unavailable, the following chart shows India’s performance relative to four other continents:

It must be noted that Europe and North America have a combined population approximately equal to India’s, and have more adults than India because of an older population.

In other words, as a combined entity, they can be used for comparison. The following chart shows vaccinations during each quarter of 2021:

While the developed west had an early start, India had overtaken North America by second quarter (April-June). In the second half of the year, India performed nearly 560 million vaccinations each quarter, far outstripping vaccinations in Europe and North America combined.

This also means that India caught up with and overtook these entities in vaccination rate per capita.

The vaccination programme is now so well organised that on a public holiday like New Year's Day, 3.2 million vaccinations were performed. The highest average rate of vaccination ever recorded in the United States — over a three-day period in April 2021 — is 3.4 million a day.

This data makes it clear India’s vaccination effort has been on par with the combined might of the developed western world, driven by a domestic manufacturing effort that feeds an efficient nationwide delivery programme managed by one of the best vaccine registration and recording platforms in the world — CoWin.

Vaccine Production Or “Why Didn’t We Order Pfizer?”

The defining feature of the effort has been the demonstration of national will to scale up vaccine production rates to world-beating levels independently. Total Indian vaccine production exceeds 1.7 billion doses for the year to date.

Over the course of months, several observers have bemoaned India’s failure to order quickly enough, or in particular, to order the Pfizer-BioNTech vaccine. The US and EU were the first to place orders for these vaccines. How well have they done? This author previously wrote at length about this. But let us summarise the present:

A full year after vaccine supplies began, the main western entities are yet to receive all of their original orders from 2020. Pfizer has verifiably delivered under 960 million doses to its two largest consumers — US and EU — combined.

It claims to be on track to deliver 2.3 billion doses this year, but does not independently report delivery volumes, only gross profits, even as it strongarms entire countries with diabolical purchase terms.

Pfizer and Moderna production is the result of the orchestration of an advanced western multinational pharma industry, where companies have combined their resources (e.g. Sanofi produces Moderna, Merck produced J&J) across multiple sites in US, Canada, UK and western Europe.

Bottomline: The cumulative supply of Pfizer and Moderna to US+EU as reported by their respective vaccine trackers is less than Covishield supply in the same period from a single plant in Pune.

A Coordinated And Planned Effort

India thrived during the year because it assiduously cultivated vaccine production capabilities at home. The developed west cannot supply the volumes we need, and Chinese vaccines have low efficacy levels that force them to repeatedly solve the same problem with multiple rounds of boosters.

The earliest efforts began in spring 2020, especially the taskforce on vaccine development chaired by the PMO in May 2020. In August 2020, the NEGVAC tracked vaccine development and started planning the vaccination effort. But plans are easy to make. Execution is ultimately what makes the difference.

The Pulse Polio campaign gets praise for having eradicated polio in India. It is a great effort worthy of praise, but it must also be considered in context. India was the fourth from the last country to eradicate polio. The first polio vaccines were available in the mid 1950s, and India eradicated polio in the mid 2010s — six decades later.

This is not because India is ‘too poor’ and not because it lacked facilities. Over time, India has built a substantial public health infrastructure, consisting of 28,000 cold storage facilities and a vast force of medical personnel well trained in managing infectious disease care.

Until Covid-19, India had simply not demonstrated a concerted national effort to eradicate an urgent national public health concern with a sense of urgency. Delays worsen the problem because the disease entrenches itself into society, as polio did.

This historical failure was fundamentally a weakness in the ability to execute a large coordinated ‘mission mode’ effort from the top — while India had excellent democratic and legislative credentials, it had a weak executive.

It took over 20 years just to drive development of a polio vaccine suitable for India, and 40 more years to fully eradicate it.

As of end 2021, this government has fostered the development and production of five vaccines in India that currently have EUA through local trials — Covishield, Covaxin, ZyCov-D, Corbevax and Covovax — and three more that are available as imports or fill and finish — J&J, Moderna and Sputnik-V — as covered in this great article.

Covaxin, ZyCov-D and Corbevax are domestic. Their cumulative production to date is approximately 1.75 billion — 175 crore — doses.

For a long time, Indian public healthcare efforts were so poor that extraordinary participation of external agencies and NGOs — everyone from Rotary Club to OxFam to the Gates Foundation — was part of the executive process of delivery of something as basic as public health.

This has resulted in a number of grave national political issues, all stemming from the now-entrenched interests of these parties in manipulating public discourse within India.

Public health is one of the most basic responsibilities of the elected state, and yet, India had such a weak executive that it could never keep up. Even as China, SE Asia and even the poorest parts of Africa baring a few had eradicated polio by the 1990s, India was a long way from done.

The current government is an exception. A programme that gets very little attention is Mission Indradhanush, launched in 2014 to accelerate immunization coverage to 90 per cent by the end of the decade — a goal it largely succeeded in through multiple rounds of Intensified Mission Indradhanush.

Several years before Covid, this government had shown the capability to ‘close out the problem’ of insufficient basic immunization, one of the many executive failings of the first seven decades of Indian polity.

Plans, programmes and yojanas named after a single family mean nothing without focused effort to close out the problem in a time bound manner.

The Covid-19 response by the Government of India proved something very clearly — Indian executive authority can and will deliver on its goals successfully, and does not need the involvement of the NGO industry that had over decades seen itself as an extension of the executive — aiding, manipulating and in many ways making the Indian executive serve its own transnational interests.

These entities have throughout the year 2021 been forced to sit on the sidelines and watch, complain, criticize and mock. But deep down, it’s clear to them that they’d never collectively accomplish the level of performance managed by the Indian government at developing, producing and delivering vaccines to the Indian population.

Nation states may be the creation of ideologies, but the standing they command in the world is built upon the power that they demonstrate to use natural and human resources in response to the nation building goals.

There are barely a dozen countries in the world with even a single approved homegrown vaccine. India has nearly half a dozen as of end-2021.

There are around half a dozen countries that can produce more than 100 million vaccines a year. India produced close to 2 billion in 2021 and will produce even more in 2022.

The national Covid-19 vaccination effort is an expression of national executive power to accomplish public health goals at a scale that is numerically the second biggest on the planet, and subjectively probably the most challenging, given that India doesn’t have the same resources as the developed world.