A Question of Merit and Character 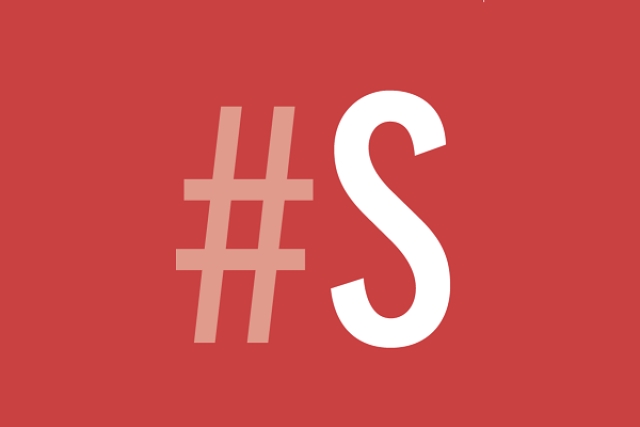 On April 26, 2012, Sachin R. Tendulkar – cricket icon, youth icon, sports icon, in short, India’s new G-d – was nominated to the Rajya Sabha. The announcement, which came as a surprise to most people within and without the sporting community, was not sudden – apparently, senior government figures, including minister of state for parliamentary affairs Rajiv Shukla, had been in touch with Tendulkar for a couple of weeks prior, and the news was announced only once the cricketing maestro had conveyed his acceptance to Sonia Gandhi.

Public reaction to the announcement was clearly divided. Many of Tendulkar’s uncritical fans applauded the move, while the Mumbaikar’s more inquiring fans (lets face it – lonely is the Indian who is not the Little Master’s fan) questioned his abilities to play cricket and contribute to Parliament simultaneously. Seen differently, the reaction broke down along partisan lines too – a huge segment of Tendulkar’s anti-Congress supporters felt that his decision was a tacit acceptance of the kleptocracy India has devolved into in the United Progressive Alliance’s (UPA) second term, while those with other political inclinations saw Tendulkar’s nomination as well-deserved and a breath of fresh air for the beleaguered UPA in the Rajya Sabha. Whatever the tilt, reactions were quite strong, resulting in a call to “unfollow” Tendulkar on twitter (not that he would care), and questions were raised on whether the Congress ‘bought’ Tendulkar’s acceptance in return for a Bharat Ratna or a Padma award.

The buzz around Tendulkar’s nomination has even elicited an article from one of India’s most eminent jurists, Soli J. Sorabjee. In a long-titled piece in the Indian Express on May 03, Sorabjee effectively debunks any legal arguments against Tendulkar’s nomination. Former Lok Sabha secretary general and constitutional expert Subhash C. Kashyap was also of the same opinion as Sorabjee. Regarding Tendulkar’s nomination in the ‘social service’ category, said Kashyap, “It looks like stretching it a little bit, but the government had been doing it in the past.”

Unfortunately, Sorabjee’s article misses the point – there is little doubt that there are no legal grounds for challenging Tendulkar’s nomination. The objections to it are personal, in that many people feel that Tendulkar’s name is being used by the Congress to purchase some credibility after the series of scandals that have rocked the government, and structural, in that some people wonder what merit Tendulkar possesses that would serve him well in Rajya Sabha proceedings. In the non-legal world, both are valid, though perhaps not actionable.

A question of merit

Nominations to India’s upper house of parliament are governed by Article 80 (3) of the Constitution, Sorabjee reminds us. According to the statute, 12 people may be nominated to the Rajya Sabha if they fall under the specified categories, namely “literature, science, art, and social services.” Presumably, the argument for the creation of a bicameral parliamentary system which allows the nomination of eminent personalities was an acknowledgement by the founders of the Indian republic that the country had very low literacy levels, let alone citizens having an education. The selection, rather than election, would, it was hoped, curb the crass populist impulses of the elected members of the lower house, the Lok Sabha. Sorabjee argues that the categories mentioned in the constitution are merely illustrative and not limiting – how else could former Chief Justice of India, Ranganath Misra, or Fali Nariman have been nominated to the Upper House? Sorabjee tries to persuade his readers further that sport can also be considered an art since it requires skill.

Neither of these points can be contested. In the jurist’s own words,

It bears emphasis that the purpose of nomination is that the nation may have the benefit of the views of eminent and experienced persons when legislative measures relating to a particular subject, with which they are familiar, are debated.

And therein lies the question – what subject has Tendulkar shown a mastery of that his experience can inform “legislative measures” in parliament? Clearly, Sorabjee thinks it is cricket (as do we all). It is indeed a sad state of affairs when parliament has to interfere in matters of corruption within an industry – one would have thought the general laws on fraud, embezzlement, etc. would apply without special hearing in the national legislature or special application. The best laws are precise in definition yet wide in scope, as Sorabjee surely knows. But then again, who am I kidding? This government thought the Ganguly-Chappell controversy (2005) worthy of attention from parliament. India’s parliament has nothing better to do, it seems, than busy itself in national minutia, and if this is conceded, perhaps Tendulkar’s nomination makes sense.

One thing Indians can be assured of is that their government does not understand the concept of consultants. Foreign policy is certainly one area in which New Delhi has seen it fit to bungle through decade after decade. Whereas in Europe or the Untied States, elected officials hire short term consultants for different projects if expertise cannot be found within the bureaucracy, Indians (apparently) nominate parliamentarians to the Upper House. Taking Sorabjee’s point to its logical conclusion, we should also expect nominations to the Rajya Sabha among sex workers, sanitation workers, plumbers, carpenters, kho kho and kabbadi players, and a plethora of other professions similarly un- or under-represented. This is obviously untenable, and the correct approach (if corruption in cricket were truly the concern) would have been to consult with Tendulkar (among others) in the deregulation of the sport.

What is essential among leaders – parliamentarians in this case – is intellectual acuity. A broad, liberal education, logic, philosophy, and strong horse sense will be of use far more than ‘skill,’ particularly if the skill is in one area alone. Among India’s early leaders and framers of the constitution – Jawaharlal Nehru, BR Ambedkar, Rajendra Prasad, C. Rajagopalachari, S. Radhakrishnan – surely, this was the intent and the categories named under Article 80 (3) merely illustrative. Sorabjee insists that the statute be understood in spirit, and he is right – but his reading of it is just as problematic as Tendulkar’s critics’. As for Tendulkar himself, he could not even lead eleven men, let alone 1.2 billion.

Sorabjee also falls back on the familiar refrain that such things have been done before, and he gives the example of Dara Singh, the wrestler, who was nominated to the Rajya Sabha in August 2003 by the Bharatiya Janata Party (BJP). Yet Sorabjee should realise that his example is exactly the reason why celebrities devoid of the right temperament should not be nominated. Dara Singh attended barely 76 of 127 sittings of the Rajya Sabha during his first year, and other celebrities have done worse – Hema Malini 50/127, Mrinal Sen 30/170, and Lata Mangeshkar 6/170 (!) sittings; Shabana Azmi’s record of 113/170 is the highest attendance rate among celebrities from the Arts. By repeatedly nominating from a group that has shown 66% attendance or less, successive Indian governments have shown that they care about the business of running India only 66% of the time – is that satisfactory for the ‘aam aadmi‘ that every political party loves to invoke?

A question of character

Tendulkar’s nomination to the Rajya Sabha has been further tainted by its association with the Congress Party, which has been severely hit by the revelation of one scam after another. This is what moderns term ‘guilt by association,’ or by the longer phrase, “Show me your friends and I’ll tell you who you are.” The Mish’ley, from the Tanakh, puts it more succinctly and poetically: Walk with the wise and become wise, for a companion of fools suffers harm (13:20), and in the New Testament, Paul quotes Menander, saying, “Bad company corrupts good character” (Corinthians 15:33). Among the Greeks, Aristotle states that if one of two good people who are friends becomes bad, the natural (and hence proper) course of action is to break off the friendship (Nicomachean Ethics, 1165b22). Tendulkar’s acceptance of the nomination by Congress thus reflects badly upon him.

The political equation is not binary – it is not that Congress is the only party that has committed egregious acts of corruption, sanctioned incompetence, encouraged violence, and reduced the political sphere to bread and circuses. The BJP, as well as the regional parties are equally to blame. Yet Tendulkar’s nomination stands out for its timing – coming so soon after a series of scandals and Anna Hazare’s agitation, there is strong anti-Congress sentiment across the country as the recent municipal and by-elections have shown. To choose to associate with Congress despite this will only be translated as acquiescence to their method of governance. Had the nomination taken place in 2004, it would probably have met with near-universal approval despite the question of merit; Tendulkar’s clean record on the cricket pitch just took a dent off the field.

In many ways, India today resembles Rome after the destruction of Carthage in 146 BCE and before the rise of Julius Caesar in 49 BCE. The Late Republic, as historians call the period, was a time when an influx of new wealth and lack of crisis threw up populist leaders who circumvented laws and customs with abandon, hoarded ill-gotten wealth, ran down the administration of the eternal city, and corruption bloomed at every level of the state. In this populist orgy, Congress nomination of a cricketing god is the latest argumentum ad populum. That Tendulkar accepted the nomination – and let’s be honest: who wouldn’t be tempted? – only reiterates that he too, is merely a mortal. For a cricket-crazy nation that is thirsty for heroes, it must truly hurt the average Indian to criticise a legend who has achieved such heights and that too without courting any controversy. What Sorabjee has failed to realise, or at least articulate, is that in this world of cheap demagoguery, the protest against Tendulkar’s good fortune is the sound of the realisation that no giants walk among the people of India any more.