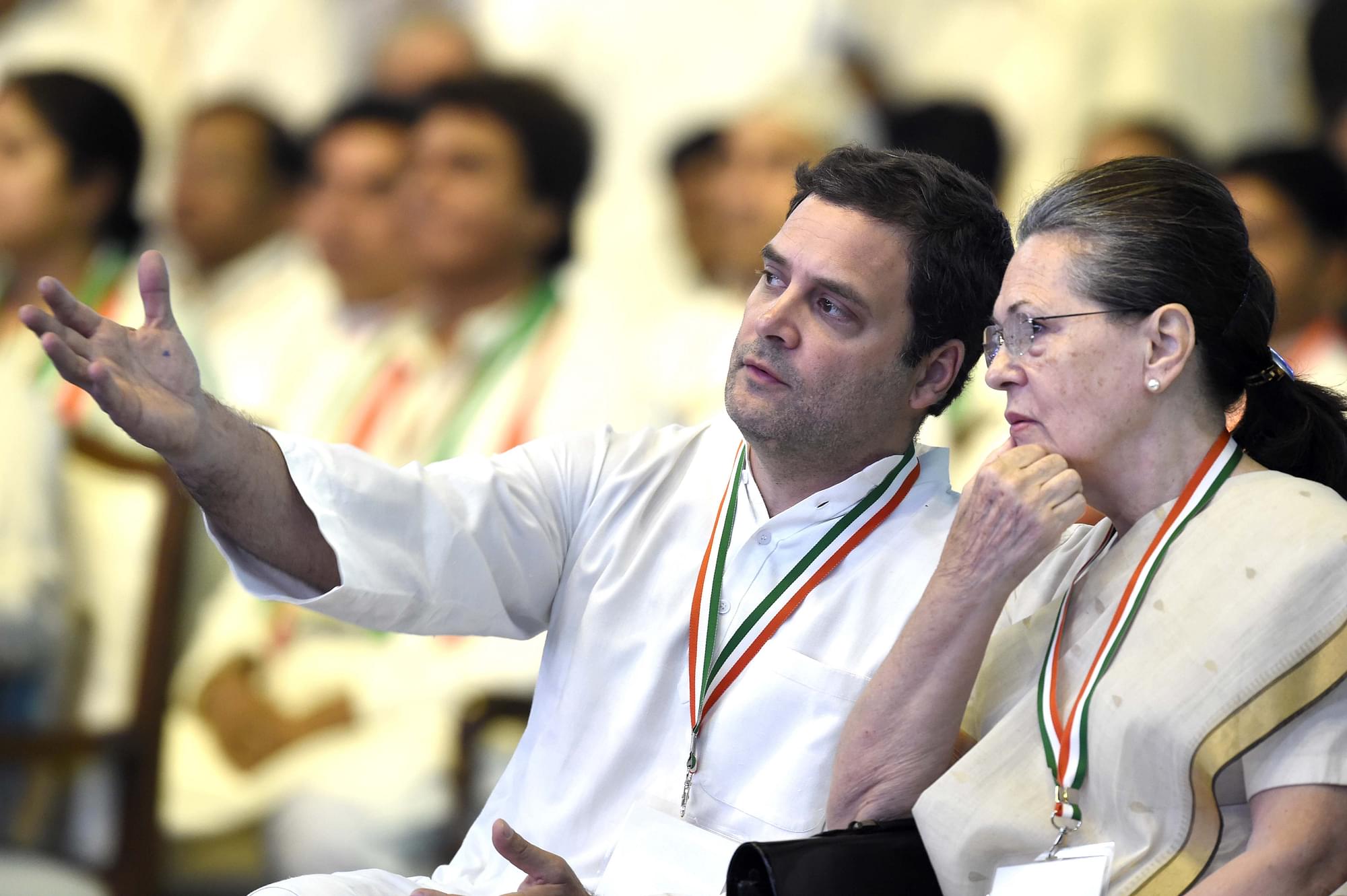 Rahul Gandhi's advisors seem to have convinced him that a much publicised, nationwide foot march - padayatra - is the best way to elevate Rahul and his march to the same level as the Dandi march, undertaken by M K Gandhi, almost a century back.

The 3,500 kilometres long Bharat Jodo Yatra, slated to begin on 7 September from Kanyakumari has been termed a spiritual journey by Rahul Gandhi.

The slogan Mile kadam, jude watan (come together, unite the nation) is indicative of what the party plans to achieve. Rahul Gandhi said that he aims to bring issues like inflation, unemployment and concentration of wealth to the forefront.

However, the Congress party's inability to address its fundamental issues and attempts to heal deep-rooted defects with superficial, cosmetic solutions, and its recent statements on questions of national importance and security goes to show that the Yatra is likely doomed to fail.

Here are seven reasons why:

1. The 'Union of States' position: In February this year, Rahul Gandhi said in the Parliament, "India is described in the Indian Constitution as a union of states and not as a nation. One cannot rule over the people of a state in India. It is a partnership, not a kingdom."

That this sentiment was voiced in the same building where the Constituent Assembly framed the Indian Constitution didn't matter to Gandhi.

His statement that 'India is a negotiation between states' displayed his lack of awareness of his own party's contribution to the cause of India's unity in the early years of Independence.

2. Siding with secessionists: Rahul Gandhi doubled down on the idea of 'India is a negotiation' in May 2022 at an event at Cambridge University.

The issue with this feeling is that it gives confidence to those seeking the disintegration of India itself. Because if India really is a negotiation, then deals can turn sour and the dealmakers may back out.

The alignment of his party's views with that of the Khalistani elements in farmers' protests didn't go unnoticed.

That the Congress refused to acknowledge, despite glaring evidence, the very same threat which assassinated former prime minister Indira Gandhi shows how dangerous the party has become.

Rahul's support for Periyarites isn't unknown. That they spoke of carving a separate Dravidistan on the lines of Pakistan isn't a concern for Rahul.

3. Stoking the North-South divide: In February 2021, at an event in Thiruvananthapuram, Rahul Gandhi said that he had been an MP in North India for 15 years and had gotten used to “a different type of politics”.

He further said, “For me, coming to Kerala was very refreshing as suddenly I found that people are interested in issues and not just superficially but going into detail in issues”.

He expressed his admiration for the 'intelligence' with which Keralites look at their politics. This statement, mocking the sensibilities of the people from northern India simply because they rejected his party electorally displayed the Wayanad MP's arrogance.

This wasn't an isolated incident.

In February, Rahul Gandhi said in the Parliament "you (the BJP) will never, ever in your entire life, rule over the people of Tamil Nadu. It can’t be done.”

With a political positioning like that, how exactly does the INC plan on uniting India?

Be it Sonia Gandhi shedding tears for the terrorists of Batla House or former PM Manmohan Singh saying that Muslims have the first right over the resources of this country, be it calling 26/11 terror attacks an RSS conspiracy or supporting wearing of burqa to the school, the Congress's relentless appeasement of the Muslims isn't news for anyone.

5. Mocking Hindutva: Hindutva is simply Hinduism in action. Yet, the INC has called it Hindu extremism.

Former union minister and Congress member Salman Khurshid even equated Hindutva with the ideology of ISIS and other Jihadi organisations.

Moreover, in response to the Hindu practice of cow worship, Youth Congress leaders in Kerela slaughtered a calf in public and distributed its meat at beef festivals in 2017.

The Congress may well insult the voters for not supporting the party, but then don't expect them to unite under your banner either.

6. Disregarding merit: The Nehru Gandhi dynasty's grip on India's oldest political party and the sidelining of talent within the Congress is apparent to a nation where glass ceilings are being shattered daily.

It remains to be seen how much the same nation responds to Rahul Gandhi's call to join in the yatra.

7. Off-putting allies: Rahul Gandhi in the event to finalise the details of his proposed Yatra fraternised with the crowd that most politicians would avoid.

Despite nine years of electoral losses, Rahul Gandhi still seems to crave the advice and support of the 'NGO crowd' who have little or no experience of practical politics.

Lal Salam and Vande Mataram don't go together. Congress is trying to merge them. The Bharat Jodo Yatra is programmed to crash. It's only a matter of when.