Remembering Tirumular And The Tamil Connection On International Yoga Day 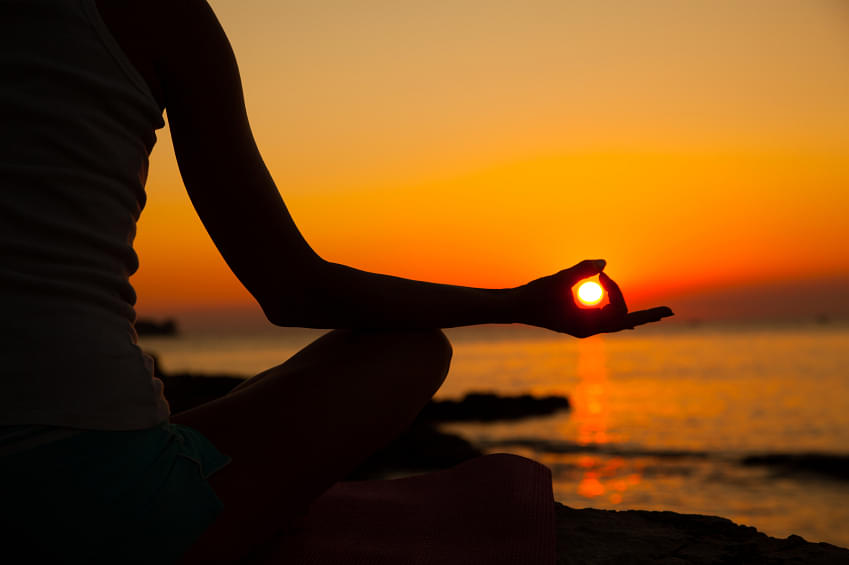 It is an indisputable fact that everyday practice of Yoga brings immense benefits. The International Yoga Day celebrations is just an attempt to underscore this fact and bring awareness to this priceless heritage that we all share.

Yoga  is undoubtedly one of India’s greatest gifts to the world and is clearly a practice that originated in the Indic dharmic traditions.  Modern proponents of Yoga such as BKS Iyengar and Patanjali, the author of the Yoga sutras, are names that immediately come to one’s mind at the mention of the word Yoga.

Not known to many is the mammoth work of the Tamil Siddha yogi Tirumūla whose work Tirumantiram is part of the Shaiva Canon ‘Panniru Tirumurai’ and is at the core of the 12th century philosophy of Shaiva Siddhanta in Tamilnadu.

The Tirumantiram (tiru+mantram) is a collection of about 3000 verses in Tamil written by this Shaiva Saint. Tirumular is regarded as one of the 18  siddhas in the mystic Tamil siddha tradition; he also ranks as one of the 63 Shaiva Nāyanmār Saints of the Tamil Shaiva Bhakti movement of the 1st millennium CE.

Opinions vary on the time frame of Tirumular’s life. The kailāya paramparā of the Kauai monastery in Hawai holds that their tradition hails from Nandinātha (250 BCE)  where the knowledge was passed onto eight disciples Sanaka, Sanandana, Sanātana, Śanatkumāra, SivaYōgi, Patañjali, Vyāgrapāda and Tirumūla. These disciples were considered to be siddhas.  The Hawaiian monks trace their origin to Tirumūla and they establish his time period as circa 250 BCE. Other schools assign him a later date in the 5th or the 7th centuries (CE).

The Tirumantiram dwells on Siva, Śakti , Tantra, Yoga and Kriya, healing and several other topics. Of relevance to this article is Tirumular’s focus on Yoga.

The focus of the first part of the third chapter (tantra) of the Tirumantiram is entirely on aṣṭāṅga Yoga and its benefits. The term aṣṭāṅga   Yoga is commonly used in today’s parlance although the Yoga industry focusses only on the physical poses (āsanas).

Tirumular’s tamil verse above and the earlier Yogasūtras of Patañjali enumerate the 8 aṅgas. Patañjali’s sutra, said to have been written more than 2000 years ago reads as follows.

In his third tantra, Tirumular elaborates on each of the aṅgas.  In the section on āsanas commencing with padmāsana he  names eight of the āsanas and elaborates on four of them. In particular, he extols the ‘svastikāsana’ (the auspicious pose).For instance, the following verse describes the kukkuṭa āsana (the rooster pose)

“Starting with the padmāsana, when you slide your palms between the thigh and the calves, rest them on the ground, rise up and balance your weight on your arms it is the rooster pose’.

Tirumantiram is a fascinating work dealing with ideas covering vedānta, tantra, Siva Yoga and more; its metric verses are very accessible. The entire work is divided into 9 chapters or 9 tantras. The first tantra deals with Tirumular’s philosophical view, concepts of love etc. The second tantra focuses on Siva and it references several purāṇic ancecdotes.

Tirumular stresses unequivocally that love is god (anbe sivam); he also declares the oneness of humankind and emphasizes the importance of knowledge.

They do not know that it is love that becomes Siva

Once they realize that it is love that becomes Siva

Tirumular is a towering personality in the Tamil Shaiva tradition and is hailed as the greatest Tamil poet of symbolism. We remember him today as the greatest contributor to yoga in Tamil literature.