Passing Our Stories To Kids Abroad 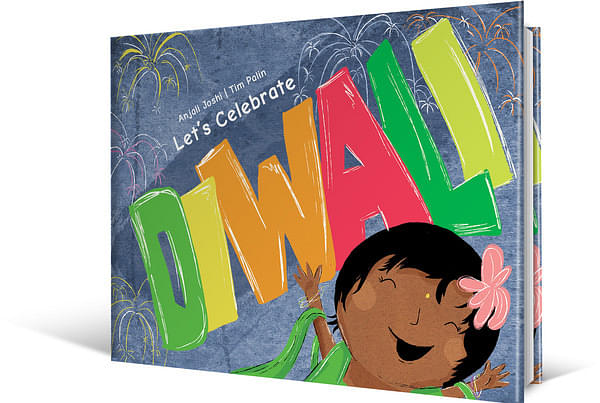 Sometime in 2013, Sailaja Joshi started looking around for books that would introduce Indian mythology to young children. An Indian American living in the Boston area, she was expecting her first child, and wanted her kid to grow up with the mythological stories that she had heard at bedtime from her mother and grandmother.

The situation that Joshi, an anthropologist by training, was facing was one that any parent raising a child in an adopted country was likely to face. Even as you had to allow the child to be able to figure out her own identity within the milieu, you also had to introduce her to the cultural and religious diversity of the country her parents, or increasingly in many cases, her grandparents came from, without making it sound unreal or fantastic.

“I wanted to be able to finish the conversation,” Joshi says. The problem was, she didn’t remember the stories quite well. And very few books on Indian mythology were designed in a way—and this included illustrations as well as language—that was appropriate for children in their formative years. The lack of options led her to launch her own company, Bharat Babies Books, which would design and produce “developmentally appropriate books” to tell the stories of India’s heritage to small children, from right after birth till they reached elementary school.

The books in the series constitute a retelling of myths and traditions, featuring young protagonists that the reader can relate to. For example in Hanuman and the Orange Sun, a little girl called Harini learns about the antics of Hanuman Dada (and his voracious appetite) from her mother while the latter is busy preparing a lunch of parathas and cheese steak for the little girl.  Harini is portrayed as a dusky, energetic girl to stress the element of racial diversity; the artwork is vibrant and contemporary in a way that makes religious tales sound exciting and accessible. She is also a recurring character, slated to appear in a forthcoming book called Let’s Celebrate Diwali; here Harini goes to school to tell her friends about how she spent Diwali, only to find out that three Indian American kids from three other faiths – Sikh, Buddhist and Jain – have their own Diwali stories to share.

Indian mythology is anything but a homogeneous collection of tales, with the same stories having significant regional variations. For their purposes, the creative team behind Bharat Babies went back to the original sources, and also talked to mothers and grandmothers who keep the oral tradition alive.  The books are also differentiated into three product lines: while those aimed at babies up to two years are made of tough cardboard to help them learn how to turn a page, those meant for slightly older kids are made of durable paper, with stories of varying complexity.

Though the enterprise is but a few months old, Bharat Babies’ books have received an enthusiastic response and readership, and not just among Indian American households. Forty per cent of their buyers have been Caucasians, Joshi tells us, with significant interest in the books among Jewish and Christian families. There are heart-warming stories too, like that of an African American boy picking up a copy of Amal’s Eid (the first title in the series, published in June 2015) because he could identify with a Muslim child who celebrated Eid.

Producing the books has been no less of a journey for the creative team either. Megan Boshuyzen, creative director and co-founder, says, “As far as other religions go, Hinduism has always been one that has spoken to me. One of the things I love is its teachings. You are always encouraged to reflect and keep learning. I never thought I’d be telling my friends and family the stories of Hanuman Dada and Ganesh, that’s for sure.”