Beginning Of Beginning: Let Padma Awards Be Only The First Step Of A Re-Invigorated Cultural Policy Of Modi Government 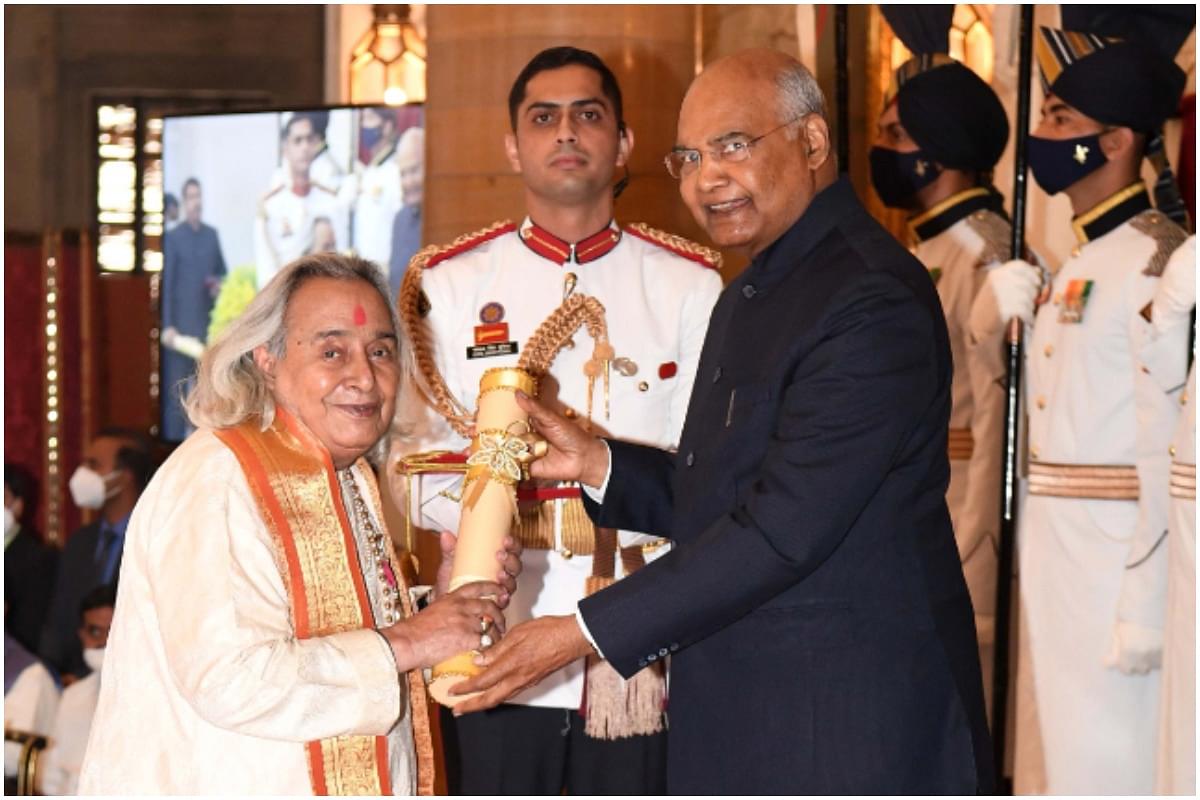 The artiste who represents the Jogamma heritage greeted President Ram Nath Kovind in gestures that spoke of her pride in her roots, art and gender. Matha B Manjamma Jogati is from the transgender community.

Inclusivity and diversity, two aspects that remain confined to marches and protest sites in Dilli, actually made themselves "virajman" the true Indic way during these moments shaping India's cultural history at the Rashtrapati Bhawan in New Delhi.

This wasn't the first time that recipients of the Padma awards have blessed President Ram Nath Kovind. In a trend that emerged after 2014, lesser-known, unknown, or regionally known achievers and preservers of Indic art and culture representing the grassroots have been featured in the list of Padma awards.

If the Padma awards list is an indication, the BJP led government seems to be taking the right steps towards recognising those creators, artistes and achievers who directly contribute to the civilisation enclosed within a nation state.

The award scenario, currently, is a total contrast to the times when artistes would actually uproot and displace themselves from their gharana or art bastion or base to be in Delhi in order to be "noticed" by award committees perched in Delhi.

The Modi government's criteria seems assuredly applied to other fields that the awards are given for, including science, but this article will address only the broad field of "art". Sections of the media are calling this a "comeback" of the Padma awards.

If they can answer when and how the Padma awards list was this inclusive, this diverse and grassroots-penetrative, before a certain party-led government decided to go Indic and sincere for the Padma list, I would write an open letter to the Prime Minister himself. It will highlight the compelling need for a national award for cultural honesty.

Something more noteworthy. She touched the steps of the dais as she walked barefoot towards the President. The "stalwarts" of performing arts, including the classical ones, have been honoured in and until the previous decade, but such a sight was rare.

Naturally, when the real preservers of heritage, art narratives, performing arts, ritualistic practices, flora, who emerge from the grassroots receive the Padma awards, the show of gratitude is real. A great deal of this gratitude from such recipients comes from and for the arts.

It's for the Modi government to USE this receiving of gratitude for doing more for the arts and narratives these achievers represent.

Some of the steps that need to considered are:

1) Building performance opportunities. Connect them to festivals and temples (where possible).

2) Recognising the true potential of disciplines and facets of India's vast cultural heritage, outside of those that receive the push, example Yoga and Ayurveda. Connect them to festivals and temples (where possible).

3) Building a result-oriented, outcome-based dialogue with those artistes, visionaries, artisans, patrons and preservers in India's soul, interiors, nooks and corners. Connect them to festivals and temples (where possible).

4) Keeping up with the current criteria so that artistes are not compelled to shift base from the art-hearts to be "noticed". Connect them to festivals and temples (where possible).

5) When points 1-4 are tapped -- or alongside work on point 1-4, awaken the towns and villages of the artistes to celebrate these artistes. Recurring point. Build performance opportunities. Connect them to festivals and temples (where possible) with a good help and hand from the state government.

When a real preserver is honoured, his or her art is. When the art is honoured, the practitioners are. When practitioners are honoured, their response to Indic heritage, temples, related arts and the ecosystem gets honoured towards doing more. Go to any video clip of Matha B Manjamma Jogati's performance. Her interaction with her ritualistic art, the music, voices and percussion is woven and bound into her interaction with the co-artistes -- who are people from her own community.

Giving awards to the deserving people, especially those who emerge from the grassroots, is not the task that the BJP-led government at the Centre can relax after. It needs a plan to celebrate the artiste/artist and the art for 365 days, from one Padma award ceremony to the next, in order to do some real work towards preserving heritage and the practitioners -- awarded and those awaiting to be honoured with awards.

That should open the government to a long and arduous activity and policy calendar that promises to be sincere towards the people and matters of culture and civilisational importance. In the process, the government might figure out or stumble upon the true amalgamation of elements in what it has not defined (yet) as "Hindutva" in addition to what it does define as Hindutva.

More popular recipients such as Suresh Wadkar, Jayashri Ramnath and
Guru Shashadhar Acharya can provide formidable anchoring. The Modi government's response to soft power-builders is present but is lacking in force, vibrancy and vigour. While the good intentions seem well in place, an effective demand and supply chain of performance and visibility in order to harness the power of the audience needs to fall in place.

Delhi is and should be the awards platform. It should be the exit point for artists/artistes after the ceremony. This outlook and clockwork between Centre, states and private players, will shape and preserve the arts and heritage in the coming decades and define Hindutva in the deeper sense.