Belonging, The Enigma Of Arrival, And Entitlement 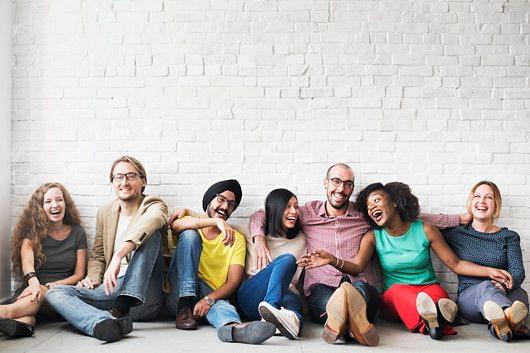 On American Independence Day, 4 July, I was observing a bunch of my old classmates from IIT Madras on our WhatsApp group. I was in a way startled by the public display of affection my classmates, who have spent decades in the US and are mostly US citizens, put on: proudly talking about ‘my country’, posting rousing renditions of signature songs such as “America the Beautiful”, and so on.

It startled me partly because I was always ambivalent when I lived in the United States (US): I lived under two flags, and I wrote in 1995 or so about the existential dilemma of the expatriate, who feels torn between two sets of allegiances.

But clearly my compatriots have overcome that sense of being an outsider. They belong in the US; their children have grown up there; they will mostly retire there and probably die there. Their Indian identity is a bit of a relic.

There’s nothing wrong with that, of course. America is a nation of immigrants, and the famed melting pot is capable of taking diverse people and forging a new identity for them.

Unlike me, who came back, and a small number of my classmates who intend to return after retirement, these folks are, I presume, pursuing the American Dream; well-off, with good careers, decent houses in good parts of town, and the simple luxuries of life in a rich country.

And they are deeply immersed in the politics of their homeland, which is as it should be: after all, they live there and their ties to India are tenuous, and getting more so every year with their relatives passing away. Some have married whites, others blacks, others other Asians. They feel very involved in, say, the Black Lives Matter movement and other US politics.

The travel bans due to the virus mean that their trips to India will be far less frequent than before. I remember my California cousin: she used to visit every year while her mother was alive; after she died, maybe 10 years ago, my cousin has never come here, and she has no reason to.

V S Naipaul’s luminous essay, The Enigma of Arrival, talks about how he adjusted to his life in a British village, after growing up in Trinidad to Indian immigrants. It is a deep and rich book about how fluid identities are, and how, in a way, you put them on at will. Novelist Bharati Mukherjee wrote in one of her books, perhaps autobiographically, how a character destroys her Indian identity (literally burning things) and is reborn, phoenix-like, as an American.

I read somewhere else how Mukherjee felt this was morally the right thing to do. She wrote derisively of her sister, also an immigrant, who didn't follow the same path. She also used to insist that she was an American writer, not a hyphenated one, and certainly not an Indian writer.

There is, in my opinion, nothing wrong in either path, although it is a little odd when I find some Indians living in a cocoon of Indian-ness after having spent decades in the US.

My uncle in Britain, whom I was very close to, spent more than 50 years in the UK as a doctor, but he retained a close interest in what was going on in India. He was a wise man, and may have found that sweet spot: functioning well enough as an immigrant, but keeping a close watch on what was going on in the old country. He visited every year, spending time and money keeping up with the large extended family.

I couldn’t manage that balance, which is why I returned. I wasn’t sure I belonged there. But then, I don’t quite belong here either. I am one of those people Vikram Seth said in his poem Diwali were “abroad abroad” and “not home at home”.

I suppose I suffer(ed) from an identity crisis. I also thought that India is exceptional, and that she exerted an outsize magnetic pull on her diaspora. That may or may not be true; surely, I was generalising my personal feelings.

What I find a little bizarre are people who definitely don’t belong here in India, or at least they think they are too good for the rest of us. One of my classmates, strangely enough a committed leftist with all the appropriate credentials (JNU, Jamia Millia, journalism) is obsessed with the US (despite never having lived there) and bonds totally with the pet political fads of the day, especially fashionable anti-Trumpism.

This brings me to the journalist Tavleen Singh. She writes well, and I have admired her columns over the years; however, on Twitter, she’s rather less admirable. In casual conversation — I have met her a few times — she’s just fine, but what comes across on social media is a certain sense of privilege.

Elites everywhere are different from you and me, as Scott Fitzgerald remarked. Tavleen has been embroiled in a tricky situation because her son (a UK citizen whose father was a Pakistani) is technically not eligible for an Overseas Citizen of India (OCI) card, but had been issued one because the identity of the Pakistani father had not been revealed. The OCI card was later revoked. This apparently enraged mother and son, and they accused the government of a vendetta.

Tavleen has frequently exhibited her elitism on Twitter, but she really put her foot in it when she insulted Meghna Girish, who is the daughter, wife and mother of army officers, and whose son died fighting for the country. And she did not apologise.

But what took the cake for irony was Tavleen’s latest column, “Priyanka Gandhi’s eviction from accommodation is an opportunity to evict everyone else as well”, which is quite accurate: the Nehru dynasty is indeed fearsomely entitled, or at least they and their acolytes believe they are.

But Tavleen, in a mote-in-your-eye-beam-in-mine moment, fails to recognise her own sense of entitlement. It reminds me of a white woman, Amy Cooper. She was walking a dog in Central Park, New York, and called the cops on another walker, a black man named Christian Cooper, who asked her to leash her dog, as that is the rule in the park. She refused to.

Instead, she called the police and told them a black man was harassing her, and she needed to be rescued. Since Christian recorded her, we can see her and hear her tremulous, scared-sounding tone.

That was privilege speaking, because she knew perfectly well that a black man arrested for bothering a white woman, or for anything at all, would be in jeopardy of a custodial death, as happened with George Floyd a day or so later.

Amy’s white-woman privilege has a lot in common with Tavleen’s elite privilege in India. And it is equally deplorable. But it exists.

How will this affect Indian-Americans and their (sometimes mixed-race) children going forward? Will the culture wars they participate in so enthusiastically insulate them?

I’m not sure. White racism exists; so do black racism and Chinese racism.

Despite the fantasies Indians have of solidarity with blacks as we were ourselves colonised, and the idea that Martin Luther King was inspired by Gandhi, I wonder if Indians, a model minority, will be considered to ever truly belong in the US.