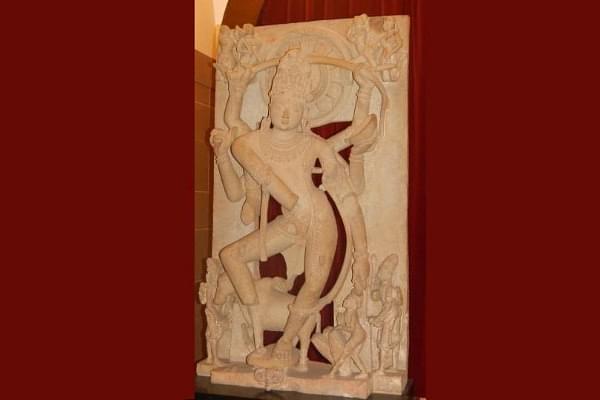 The dancing Shiva that is yet to be brought back to India.

According to news reports, a high-level team from the Archaeological Survey of India (ASI), Delhi, will visit the United States of America (US) to bring back 180 antiquities that were smuggled out of India in the past. This is one of those cases where a Western country has been quite cooperative and willing to return smuggled Indian heritage artefacts. Indian officials, on the other hand, have not been that proactive.

The first proposal to return 200 antique pieces came nearly two years ago. The US government had handed over 12 antiques to the Indian government at the time and had indicated a willingness to return the remaining artefacts worth $100 million. It is largely this collection that the ASI now proposes to retrieve. The time taken for Indian authorities to arrange the whole affair is a neat 24 months, if not more.

Even in the past, Indian authorities have been either slow to react or have simply done the wrong things. In the case of the famous Brahma Brahmani case, the ASI had first wrongly concluded that the suspected smuggled object was not a genuine piece. The decision and observation were based on extraordinarily flimsy grounds. After volunteers objected and disputed the expert’s opinion, a committee of experts was appointed and the idol was indeed found to be genuine. It has since been returned to India.

The now-infamous Kapoor case, as a result of which 180 objects are to be returned, is a classic example of how official inaction and red tape stifle an honest investigation.

For starters, Subhash Kapoor was arrested in October 2011 via an Interpol red-corner notice in Germany and extradited to India despite being an American citizen in 2012. In April 2015, the Department of Homeland Security formally charged Kapoor and made a startling disclosure. Raids on Kapoor’s ‘Art of Past’ storage facilities in the US across 12 locations had yielded 2,622 artefacts valued, in his books, at $108 million. (I will leave you to do the math for today’s prices in Indian national rupees.)

Why it has taken the custodians three and a half years to embark on this validation trip?

These artefacts are being offered to India from someone who has been formally charged in a US court for smuggling illicit antiquities, based on which India has received over 20-odd restitutions (or should we call them voluntary returns, like the department prefers) from museums such as the National Gallery of Australia, the Art Gallery of New South Wales, the Asian Civilisations Museum in Singapore, the Leiden museum in Germany, and various museums in America, including the Toledo Museum in Ohio and Harn Museum of Art.

Let’s go back to 2015 when the case first came to light and the American authorities’ record seizure was made public.

A detailed inventory list and photographs of the artefacts formed part of the court filing, and are now in the public domain. Considering the lack of expertise within the department and the overall dearth of international and national experts who can confidently identify the objects, one would have expected the department to form a high-level committee to review the seizures immediately. Yet, when I met the various officers of the ASI in a workshop conducted in Bengaluru in June 2016, the regional and zonal officers of the department were not even aware of such a seizure.

Let me restate this again for you: in 2015, we know of the Kapoor loot and seizure; the items seized are part of the public record; and in 2016, zonal officers of the ASI are not aware of the seizure.

Considering the enormity of the seizure and the extent of the loot – as Kapoor had advertised for pieces spanning the length and breadth of our land, and with one look at the seizure inventory and photographs it was obvious that almost every state had had its share of plunder.

Here was a chance to widely circulate the list and even have advertisements put out in the vernacular press seeking help for witnesses and experts to identify items smuggled from India. Yet, nothing of this sort happened.

Among the seizures were objects that we had matched with what was taken from ASI site museums – we already know now of the Chandavaram objects from Andhra Pradesh along with objects from Atru, Nagda, Kari Talai, and others.

In fact, the most sad case was that of the Bharhut Yakshi, which was a registered antiquity by a farmer in Satna in Madhya Pradesh and stolen in 2004. The Yakshi was on sale by Kapoor for $15 million. This single artefact, if restored, would account for the world’s most expensive restitution exercise ever.

The saddest part of this entire episode is the lack of understanding and will to go after all the perpetrators of the crime – the smuggling network. A simple analysis of the seizures show that 34 of the 2,622 pertain to Tamil Nadu. Even then, we have only five cases against Kapoor in Tamil Nadu and not a single effort to pin him with cases in other states, including the returned ones from Chandavaram ASI site.

As far as we know, no attempt has been made by the Directorate of Revenue Intelligence (DRI) to secure the customs EDI (electronic data interchange) data for shipments sent to Kapoor’s Art of Past and Nimbus exports from Mumbai, Delhi, Kolkata, Rajasthan, and other airports. The customs data are now on EDI and easily accessible, and it is not rocket science to obtain them and see which officers signed on these and if there is a pattern and red flag the same. Even among the 34 of Tamil Nadu – we have cases like the Thachur Murugan, where we have identified the loot spot and yet despite identification, no FIR has been filed.

It is important to highlight here that the Archaeological Survey is yet to file a petition challenging the acquittal of Vaman Ghiya, accused in the even larger Sotheby’s scandal.

Ghiya was arrested in 2002 after a BBC sting by Peter Watson, but he was acquitted by the Rajasthan High Court in 2013 as a direct result of official inaction and shoddy follow-up of the Rajasthan police’s Operation Black Hole. There’s even a book on this smuggling ring called Sotheby’s The Inside story (1998).

In the period Vaman was in custody (2002-2013), India managed to recover “0” of his loot (data as per the Comptroller and Auditor General report of 2013). This, despite a London dealer, J Kasmin, returning a beautiful statue of the dancing Shiva stolen from Barauli in Chittorgarh. This statue had been stolen in 1998 after the thieves left behind a masterly fake in its place to hoodwink the authorities. The returned statue was left at the Indian High Commission in 2003. It was only in December 2017 that a high-level delegation from ASI, Delhi, went to London to verify and certify the same as original.

The dancing Shiva is yet to be brought back to India, and for some reason the ASI doesn’t want to appeal Ghiya’s acquittal. This, despite over 400 antiquities seized from his various farmhouses in India being locked up in a police station till date. No museums for India’s heritage, just police station godowns!

With a timeline of this nature, all I can say is that I don’t expect a great deal of output from the proposed ASI ‘trip’ to the US. We have a long way to go before we respect and protect our heritage.