How The Big Temple Managed Its Finances - A Small Example 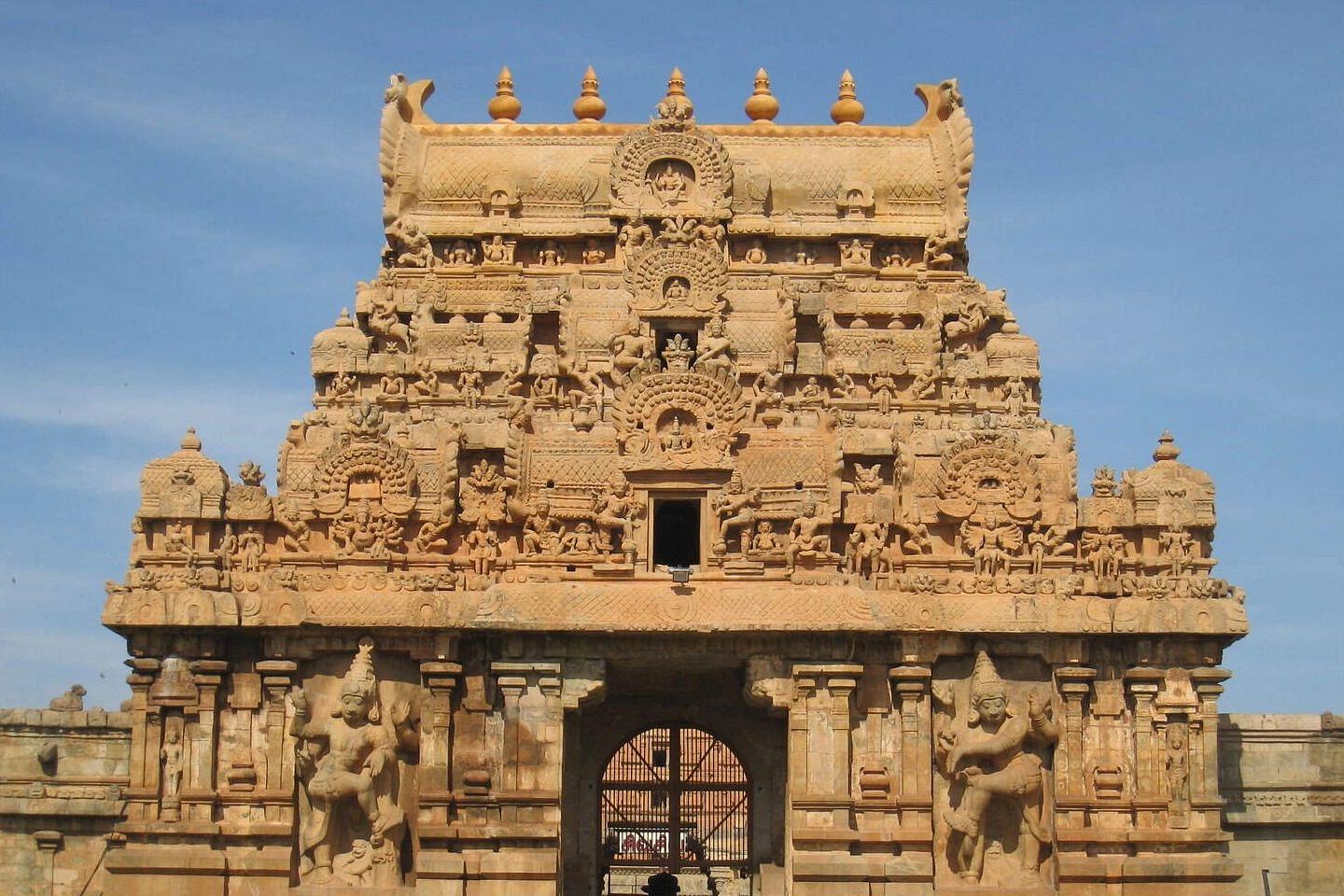 Inscriptions are a great way to gain many useful insights into South Indian history. They can tell us a lot about financial management, social order and much more.

From one small inscription about a grant made by Chola emperor Raja Raja we could understand the working of temple finances and even commodity prices prevalent nearly a millenia ago.

The Ganapati in the Big Temple at Thanjavur, called the Rajaraja Vinayagar, was the favourite deity of the Chola emperor Raja Raja Chola. He would always offer special prayers to the Lord Ganesha here before embarking upon any new venture.

A small inscription found at the temple provides insights as to how Raja Raja Chola ensured a regular supply of funds for the temple’s naivedyam needs.

A translation of the inscription reads: The emperor upon visiting the temple asked the temple priest how many fruits a day were consumed for the naivedyam rituals. When the priest answered that 150 fruits were consumed each day, Raja Raja Chola calculated that the temple had a yearly (360 days) requirement of 54,000 fruits.

He then immediately called upon the authorities nearby and asked to know the price of good-quality bananas. It was made known to the emperor that as one Kasu would fetch 1,200 bananas, the annual expenditure on fruits for the naivedyams would be 45 Kasu.

The question then arose as to what manner of investment would produce 45 Kasu a year for the facilitation of the naivedyams.

Senior officials of the Big Temple bank answered that as per the prevailing norms, one Kasu placed would incur interest of 1/8th of one Kasu. Therefore, if the Raja deposited 360 Kasu, then 45 Kasu would be earned as annual interest.

Raja Raja Chola then donated 360 Kasu. Contracts were signed and accordingly, the townspeople agreed to offer 150 fruits a day to Lord Ganesha at the temple.

Raja Raja then engraved this description there as an inscription.

The emperor also ordered for the money to be lent to the merchants of Thanjavur. The emperor’s extraordinary grant was distributed between four trading guilds of that time.

The varying proportion of loans also indicate the respective credit standing of the guilds.

By this arrangement, Rajaraja had effectively mitigated the risk of stopping the daily offering completely due to one party defaulting on the loan.

The Big Temple also houses an inscription that chronicles the emperor’s efforts to ensure the temple lamps were perpetually lit. In pursuit of this, Raja Raja donated to the temple a large variety of livestock. This included goats, cows, and buffalos.

The calculation made was that a donation of 96 goats could ensure the burning of one lamp for a year. Similarly, in terms of cows, the number was 48, and for buffalos, it was 60.

The cattle donated included both adults and calves.

He then asked for the cattle thus donated to be handed over to the cowherds and shepherds associated with the temple. In return, they had to supply ghee based on the number of livestock they received in proportion to the value each type of cattle was assigned.

The names of all such cowherds and shepherds, the number of livestock each received, and the amount of ghee they owed to the temple (for igniting a corresponding number of lamps) were recorded in the inscription that can be found even today at the Big Temple.

(With inputs from S Krishnan)