In Shiroor Seer Case, A Valuable Lesson In Governance 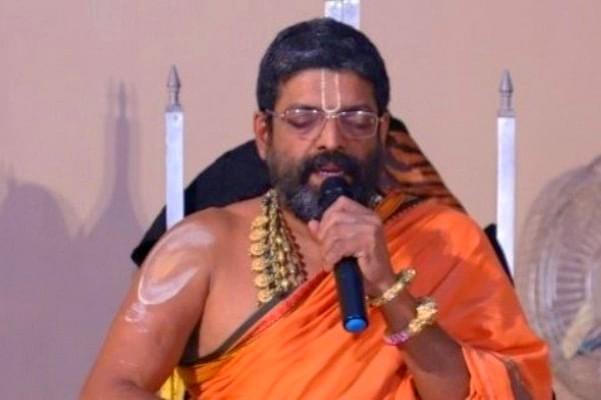 In the backdrop of the death of the Shiroor seer, Lakshmivara Teertha, it is important to understand a few concepts, both from the prism of Indic heritage as well as the current framework. The aim is to draw meaningful lessons and insights, which can be helpful to all organisations – be it mathas, non-governmental organisations (NGOs), corporates, or political parties – and, in turn, to our country.

A story in the Ramayana is of help.

A dog comes to the court of Sri Rama, asking for justice. It was hit with a stone by an angry Brahmin, who was very hungry and hadn’t got his daily collection of bhiksha even at noon. Rama asked if the version of the dog being a victim was correct, and the Brahmin, with due apologies, accepted it as correct. Rama was then about to deliver a punishment when the dog requested the king to decide if it could suggest a punishment. Rama let the dog decide, and the suggested punishment was to make the Brahmin the chief priest of a wealthy temple.

Surprised, Rama asked if the dog was joking or was not clear about the punishment. The dog let out a secret – “I too was a priest at one of the wealthy temples in my previous birth. My greed ensured that I gave up my values and misused the resources belonging to god and people (Devasva and Parasva). And the end result is that I am now leading a dog’s life. May this person also become a dog in his next life – is my wish.”

At one level, the story tells us how tough it is to be clean and pure in the midst of public riches – of which you are a custodian. This is true of all custodians – be it religious, economic, social or political. Other people’s money should be treated with fear, not like we have the right to abuse it.

In the context of the Shiroor seer, anyone who is closely associated with the Karnataka Madhwa community would be aware broadly of another case, where the community took an exemplary step to ensure that “Shiroor-like” situations don’t arise – a positive story of the Vyasaraja Matha case.

Sri Vyasaraja Matha is known to be the proud peetha of the saint Vyasaraja, the rajaguru of Sri Krishnadevaraya. The case starts with the two saints before the current swami, Sri Vidya Shreesha Teertha. The super-senior swami (two levels above) was a well-known scholar who would have otherwise been fit to be in the peetha, except that he opted for sannyasa at an old age. His name was Sri Vidya Vachaspati Teertha. However, his Achilles heel was his affection for his grandson, who was not at all worthy of the peetha as he did not possess the required jnana, tapas, or sadhana to be a peethadhipati. One can surely find similar parallels in today’s political world where incompetent dynasts are foisted upon people. Sri Vidya Vachaspati Teertha also suffered from this moha for his grandson and tried to ensure that his family could control the wealth of the matha.

Real lessons in governance, however, lie here. The well-meaning devotees of the matha went up in arms against this indiscretion by the seer. The issue was raised right from day one, and a spade was called a spade. Devotees boycotted the unfit swami, but also gave him a long rope and challenged him to reform if he chose to head the peetha. When all efforts at reform failed, and misgovernance hit the roof, the devotees led a satvik fight to “reclaim the matha”.

The fight was led by no less than a former chief justice of India – supported by hundreds of devotees – who put in time, effort, and money to ensure that their matha didn’t go down the path of adharma. At one level, these efforts bore fruit and a former Indian Administrative Service officer was made the administrator of the matha by the state government to ensure that its wealth was reclaimed and a better governance mechanism was put in place. When the unfit swami was cornered, he tried to obstruct the entry of a successor, much against the diktat of the courts.

To cut a long story short – the unfit swami was made to abdicate the peetha, had to face a barrage of court cases for his supposed hand in the loot of property, and, under the guidance of the court, a highly knowledgeable and saintly personality was chosen by the devotees as the next swami. It has been a year since the new swami has taken over and a great transformation is visible to all the people engaged with the matha.

In contrast, the Shiroor case was mismanaged from the get go. His flings and pursuit of money, not to speak of behaviour which was un-sannyasi, was known, but no one raised any objections. For reasons best known, the matter was always brushed under the carpet.

Some rationalisation (both by the late Shiroor swami himself and other intellectuals) that young boys being made sannyasis without their consent was the key reason for this kind of unacceptable behaviour, did not cut ice. Any person who had genuine concern for the decorum and prestige of the peetha would do what a few other swamis, notably Vidyabhooshana swami, did. They abdicated the peetha with respect and took to leading a normal life, to their satisfaction. And in that context of abdication by Vidyabhooshana swami, the Pejawar swami – one of the senior-most and revered saints – called for a change of practice, from giving sannyasa deeksha to an eight-year-old boy to an over 20-year-old young man, who can make an informed choice as he is an adult. That has become an accepted norm going forward. The last few appointments to the peetha have been of young men rather than boys.

Transpose this framework on to our political domain and the learning is huge. There will be families that would want to control the country for the “free access to wealth and resources” and they will surely find sycophant leaders surrounding them for their personal benefit. It is up to the people to be aware at all times and raise a voice if things go wrong. Isn’t it said that the price of freedom is eternal vigil? Likewise, good governance – be it religious, social, economic, or political – requires stakeholders to be vigilant and willing to raise their voice when required.

In the Shiroor case, there was a constant clamour for a “written constitution” to guide the swamis of the Udupi mathas. This demand, however, smacks of an ignorance of history. Acharya Madhwa has clearly outlined his views in two of his works – Sadachara Smriti (addressed to all men and women on how to lead a pious spiritual life) and, in particular, addressed the sannyasis in his book – Yati Pranava Kalpa. A key feature for sannyasis is – svadhyaya (self-study or introspection), pravachana, (spreading of the siddhanta of Vishnu Sarvottamatva), and japa (chanting of spiritual formulae).

For those who want a written constitution, it is very evident that they are seeking codification of conduct on how to amass money, who can handle it, to what extent family members can benefit, among other details. The paradox is that this entire gamut falls outside of the code of conduct prescribed by Madhwacharya for the sannyasi. If one wants to lead a “normal” life, don’t be a sannyasi. Period.

Whether it is a Mallya or a Shiroor, or crooks running NGOs, or a dynast politician, the only antidote is a vigilant set of stakeholders guided by the Upanishadic dictum, maa grudhah kasyasvit dhanam — don't steal the money of anybody.

If this Shiroor episode brings about a sea change in the governance structure of the mathas, laying primacy on learning and spiritual growth – that would be the silver lining in this otherwise dark cloud.

Varaha Mihira is a lifelong student of Sanskrit, astrology, management, economics, and politics.