India-Australia: Mother Of All Ties 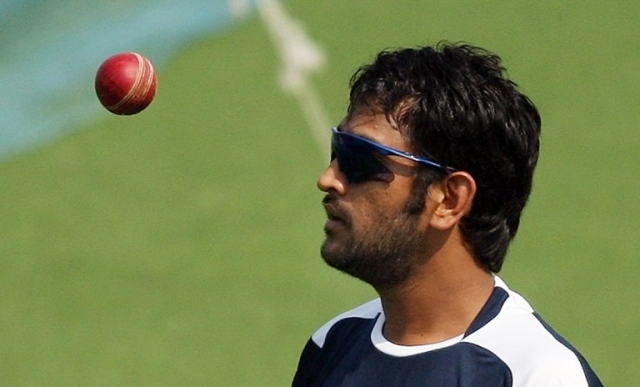 What must the Men in Blue do to pull off a win against the combative and talented Australians in their backyard?

How does the scoresheet of Australia and India in the ICC World Cup read so far?

Australia have won five out of seven matches. India have won all the seven they have played so far.

Australia are somewhat unlucky, having failed to win their sixth one since their match against Bangladesh was abandoned without a ball being bowled. Luck, whether good or bad, has not intervened in the case of the Men in Blue. They have marched on with their heads held high and entered the last four.

In the group stages, Australia lost to New Zealand. Black Caps paceman Trent Boult bowled the best ODI spell of his career to capture a five-for, and it took Australia keeper Brad Haddin’s 43 to pilot them to a measly score of 151.

The real drama started after the interval. Spirited, fast, wily and in the form of his life, Mitchell Starc led the Australian attack by picking up a six-for. Mitchell Johnson’s profligacy (68 runs in his six overs) notwithstanding, Starc would have ensured a tame Black Caps surrender. But two men had other ideas.

Skipper Brendon McCullum bludgeoned a 50 off 24 balls. Kane Williamson, who came out to bat at the fall of the first wicket, remained not out on 45 till the end. Had they not contributed significantly to the scorecard, New Zealand might have capitulated for less than 100, let alone win the match by the one wicket that they did.

More than their overall performance so far, Australia’s show against New Zealand would have taught a couple of important lessons to everyone present or curious, which includes the Men in Blue. When confronted by a paceman on the rampage, their batting lineup can wilt under sustained pressure. And their bowlers, led by Starc, can counter any batting failure with pace and guile, assisted as they will be by the motivational chants of a partisan crowd.

Having won their quarterfinal tie against Pakistan by six wickets, the Australians are unlikely to make any changes in their playing eleven when they take on Dhoni’s men in Sydney on Thursday. The implication: they will play without a specialist spinner in a venue that is known to extend a few additional favours to a turner of the cricket ball.

Given a choice between Sydney and Auckland, Indian skipper M.S. Dhoni would have gleefully opted for the former. Since that opportunity has materialized, India will consider themselves lucky.

Having maintained a spotless record as a strategist, Dhoni will know that the Indians have an upper hand in the critical middle overs. By slowing down his speed and using multiple variations in flight, Ravichandran Ashwin has proved to be a man he can rely on.

Subtlety in bowling and Ravindra Jadeja are strangers to each other. However, what works for Jadeja in helpful conditions is his ability to get the basics right. If he is in form in Sydney, getting runs off him won’t be easy. That Dhoni has a part-timer in Suresh Raina will also help. Raina is a steady bowler, and he must send down a handful of economical overs to slow down the scoring rate even if Australia get off to very quick start.

Australia’s batting may not be a first-rate one when judged by their own standards from the past, but they do have some fine performers.

David Warner on his day can make a ball lose its shape – well, almost – with his savage hitting. Aaron Finch can be effective if not destructive. Steve Smith is a superb bat, who will be eyeing a ton to compensate for missing out a few times on the trot.

Skipper Michael Clarke is pure class. What he doesn’t have is form. Glenn Maxwell is merciless but inconsistent. Brad Haddin can get quick runs, and so can Shane Watson. Hoping that all of them will click on a single day will be expecting a miracle, which Australia certainly won’t. But they won’t expect the entry of Haddin before the middle overs begin either.

Their top and middle order, in other words, will have to confront and nullify the Indian opening attack. That won’t be easy, provided Umesh Yadav doesn’t try to set a new record in speed and ruin his line and length, a shortcoming he has failed to overcome. Uncharacteristically aggressive in this World Cup, Dhoni must keep this talented but self-centred bowler in check. If Yadav can do it on his own, he can be lethal anyway.

Because of his sophisticated game that relied on touch, Ramesh Krishnan was nicknamed Surgeon in the tennis circles. If Mohit Sharma responds to that same nickname someday, we should not be surprised. Coming into the Indian team after the exit of Bhuvaneshwar Kumar and Ishant Sharma, Mohit has turned into a precious asset very fast.

Mohit’s best quality is that he doesn’t have a big heart, which works in Test matches but can be subversive in the shorter version. He wants to control the flow of runs with variations in pace, bowling that occasional back-of-the-hand delivery that has fooled many batsmen so far. He moves the ball craftily, harbours no ambitions about being another Mitchell Starc by trying to increase his speed, and bowls with an easy action. Deceptively innocuous because of his relaxed approach and an ordinary average speed, he needs to deliver for his team in the semifinal.

India don’t have another Dale Steyn or Starc. What they do have is Mohammed Shami, who has come into his own at the right time. Shami’s slowest delivery has the speed of a medium pacer, but his fastest one is unleashed at a pace that’s much quicker than that of a fast medium bowler.

Before the World Cup, Shami was almost as unreliable as Ishant,  possibly the most mercurial discovery of Indian selectors in a long time.  But now, he is a changed, charged-up young man who has been doing the job that has been assigned to him: picking wickets. He hasn’t been a profligate with his run-leaking deliveries either. Maybe, he is enjoying the task of spearheading the pace attack. Perhaps, he had been trapped by a bad patch that had lasted for too long. If Shami doesn’t return to his bad old ways, Sharma bowls consistently, and Yadav gets his priorities right, here is an attack that simply cannot be messed with.

If there is one thing Team India badly needs, it is a big knock from Virat Kohli. Kohli has several scores of 30s and 40s next to his name. Against Ireland and the UAE, he remained not out, which denied him an opportunity to get a big one. His century against Pakistan had a clear stamp of quality.

In the entire tournament, however, Kohli hasn’t played a single knock which has shown his true ability as a batsman who can treat the bowlers with disdain and make them surrender with raw aggression. He has the key that can unlock his potential. The question is: will he do it?

Just as Warner, Smith and Maxwell are the men to dismiss in the Aussie lineup, Shikhar Dhawan, whose return to form is great news, must carry on from where he left off. Raina and Dhoni are the two extremely effective batsmen who will come down the order. Raina has had a very good run with the bat, while Dhoni has won two matches as a finisher, one in the company of the former and the other on his own.

Rohit Sharma’s one century and two half-centuries against lesser teams notwithstanding, there is hardly any sign of consistency in his graph. Ajinkya Rahane has hit just one sparkling half-century, not the sort of performance a batsman of his class will be proud of.

If India have to bat first, all efforts to score runs must end with Dhoni’s presence at the crease in the 45th over, the batting lineup thereafter being distinctly fragile. If they are bowling first, Maxwell, Smith and Warner need to be tackled with tactical intelligence and accuracy. If they meet these targets, Australia will experience their second loss in the tournament. And, the critical one.

If India win, they will be so high on confidence that they won’t come back home after losing in the final.