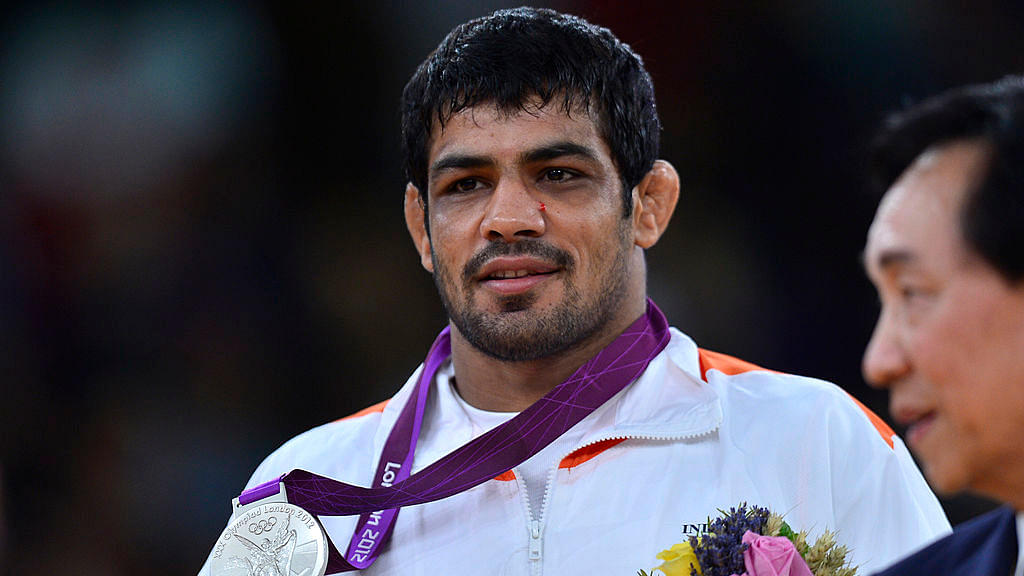 Much has been said about the merits of the two contenders for the one Olympic spot in the 74 kg freestyle category in the Rio Olympics 2016. Sushil Kumar is one of the greatest athletes that India has ever produced and seems to be in great shape and eager to prove himself with a trial, while Narsingh Yadav has been in good form for the past two years, has won the Olympic quota through the qualifiers and doesn’t want the trial, citing precedence in previous cases of similar nature.

Sushil Kumar has won medals for the country in the 66 kg freestyle category in the past two Olympics (2012 and 2008) and was the first Indian wrestler to win a World Wrestling Championship (2010), but was forced to adapt and compete in the 74 kg category as the 66 kg category was dropped for the Olympics by the International Federation of Associated Wrestling (FILA) in 2013. He won the Commonwealth Games 2014 in the 74 kg category but couldn’t compete in the qualifiers for Rio 2016 due to a shoulder injury. He has subsequently overcome the injury and has been preparing for the Olympics with training stints in Georgia, where a lot of other Olympic contenders from India also trained.

According to the rules for the Olympics, each country can send only one wrestler for each category. This has led to the current situation where both Narsingh Yadav and Sushil Kumar are staking a claim to represent India in the 74 kg category, and the Wrestling Federation of India (WFI) needs to make a choice between them. Many countries including the USA and the UK have national trials for the Olympics and athletes who secure the Olympic quota through other competitions don’t necessarily represent their country in the Olympics.

India conducted a trial in 1996 (Atlanta Olympics) between Pappu Yadav (a current selector at WFI) and Kaka Pawar in the 48 kg Greco Roman category. On the other hand, based on a Delhi High Court ruling, a trial was not conducted in 2004 (Athens Olympics) when Yogeshwar Dutt had secured an Olympic quota.

The Wrestling Federation of India (WFI) has so far been very ambiguous in its public statements and is not coming clear on whether it will conduct a trial or not to make the selection. It tried to avoid making the decision by asking the Sports Minister to intervene but the Sports Minister has asked the WFI to take a call. Frustrated, Sushil Kumar has now moved the Delhi High Court, seeking a trial match with Yadav.

This uncertainty on selection procedure less than three months (82 days and counting) before the Games is terrible for the chances of either athlete succeeding at the Olympics.

The case for not conducting the trial seems like a lot of politics wrapped in typical bureaucratic opaqueness that has been the hallmark of Indian sports. The main reasons touted around don’t hold much merit in an objective assessment: precedence (what about the 1996 trial?), tradition (why don’t we just stop sending athletes to the Olympics, given that winning the Olympics hasn’t been too common in India’s history?), caste and akhada affiliations (all petty political points).

From a sporting perspective, the choice is very simple. India should send the best athlete to the Olympics and trials are the most objective way to decide. Sushil Kumar has represented India in three Olympics already and is the only Indian to have won two individual medals in two Olympics (2012 and 2008). Yet, he is not asking for a place on the basis of past achievements. The least this nation can do is to give him a trial.

However, let’s take a step away from arguing over the merits of either athlete and cast the spotlight at the WFI and how the mismanagement of this issue has been symptomatic of the larger ills plaguing Indian sports, which don’t bode well for the chances of the wrestler who eventually gets this spot.

Michael Johnson, a four time Olympic gold medalist, widely considered one of the greatest and most consistent sprinters in the history of track and field, has this to say about the importance of preparation for Olympic glory in his book, Gold Rush:

I learned during my Olympic career that in sport, as in anything else, it is not enough just to train hard. Training is important without a doubt, and so is execution. What often gets ignored is preparation. Preparation is required in order to take the benefit of the training and apply it to the execution. Before the 2000 Olympics in Sydney, I was invited to Australia for an appearance about nine months prior to the Games. It was something that ordinarily I would have probably declined, but I saw it as an opportunity to get to Sydney to scout out the situation, including the distance from the city to the stadium, which actually lay outside the city centre, and also to get an understanding of the best place for me to stay and train. This was all about knowing what my situation would be, what to expect and how to control as much of my environment as possible. During the Olympic competition, I opted, for the third time in my career, not to stay in the athletes’ village. But that meant I would be quite far from the stadium and would need to work through these logistics. Ultimately, after considering everything including a helicopter shuttle service back and forth each day, my team and I had a plan in place that I’d approved and felt 100 percent comfortable with. I had a three-bedroom suite in a hotel in the city centre, with restaurants within walking distance and room service, another hotel ten minutes from the stadium, and two dedicated drivers with vans to transport me and my team. The French Olympic team had a training centre about 30 minutes from my hotel to which they had exclusive access with no media or unauthorized persons allowed. I worked out a deal with them for access to their training complex. My plan was to stay in the hotel in the city centre and train at the French complex each day until the day before my first race, and then move into my other hotel close to the stadium. At that point my wife and my son, who was only three months old at the time, would move into the hotel suite in the city centre. Everything was planned from a logistical standpoint months in advance. That allowed me in the days before my race to focus just as diligently on preparing my mind.

Michael Johnson ended his career at the Sydney Olympics by winning the gold medal in the 400 m race and at the age of 33 years 12 days, he earned the distinction of being the oldest gold medalist at any track event shorter than 5000 m in Olympic history.

Contrast the above with the drama surrounding the Olympic wrestling spot. Whoever represents India at the Olympics, whether it is Sushil Kumar or Narsingh Yadav, surely can’t have the peace of mind to focus on winning the gold when they have to worry about the selection process till just three months before the games.

Where is the time to focus on the conditions at Rio or the opponents at the Olympics? Is it the best possible preparation we could have for one of our biggest medal prospects at Rio 2016?

Narsingh Yadav qualified for the Olympics at the World Championships in early September 2015. The WFI had ample time to decide on the selection process. How much time and deliberation does it take to finalize the criteria for selection and announce it?

As is typical of Indian sports, the two wrestlers who were friends need to necessarily become antagonists to each other while the WFI officials take their own time in making political calculations and moves. The wrestlers can’t question the Federation officials because it will mean that their chances would suffer now and in the future.

Indian wrestling is the ultimate loser in this mess. The sportsmen and sporting fans of this country deserve much better. WFI should decide immediately and make the announcement on the selection so that the wrestlers can focus on the game and not worry about the politics behind it.

The author promotes an advisory company specialising in sports investments and talent development. Alumnus of the Indian Institute of Management (IIM), he has about 15 years experience working in football in over 60 countries. He tweets @satyus