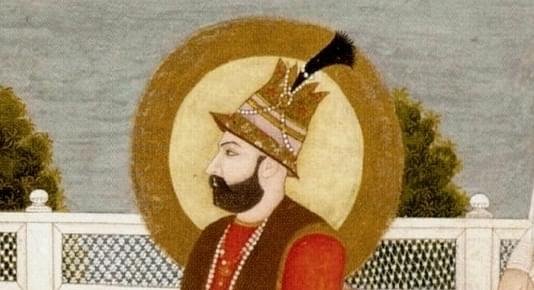 Of all the depredations that Delhi has suffered over the centuries at the hands of invaders, the one that stands out is the plunder by Nadir Shah in 1739. The Mughal Empire would finally dissolve more than a century after this occurrence, though it had started to become dissolute and decrepit after the death of Aurangzeb in 1707.

Nadir Shah had consolidated his position in Persia. He had also conquered Kandahar to buttress the security of his eastern provinces. This conquest of Kandahar, however, had left him cash-strapped for further attacks against the Turks. He wanted territory, money and fame and the decaying Mughal empire seemed like the ideal candidate for satisfying all the three urges.

Shah’s pretext for invading India, we are told, was the Mughal ruler Muhammad Shah’s continued asylum to the Afghan rebels who had been troubling the eastern provinces of Nadir Shah’s kingdom. This is only partially true. Such firmness in refusing Nadir Shah would have been quite out of character for Muhammad Shah.

Shah had first sent two envoys, Ali Mardan Khan Shamlu and Muhammad Ali Khan to deliver this request to the Mughal emperor. But he “had received evasive replies.” Shah then sent Muhammad Khan Turkman as his Persian envoy to deliver another protest to Muhammad Shah with instructions to the envoy that he not “prolong his stay beyond forty days.” Muhammad Shah again did not give any firm reply. Instead, “his advisers wasted their time in the controversy as to how to address the Persian upstart.” (Perhaps the roots of bureaucracy in India runs deeper than we have suspected!) The last straw for Shah was “the murder of two Persian courtiers who had been sent to Delhi under escort to bring news of Muhammad Khan Turkman.”

That’s when Shah decided to invade the Mughal Empire. His path from Kandahar onwards can approximately described thus: Kandahar to Ghazni to Kabul to Jalalabad to Jamrud to Peshawar to Attock to Wazirabad to Lahore to Sirhind to Ambala to Azimabad to Karnal and then to Delhi (see map). This was accompanied by many massacres, looting and sacking of towns and of the regions in between.

From Kandahar, Nadir Shah conquered Ghazni and then Kabul. All this happened even as he kept professing to the Mughals that he had no territorial ambitions. He even “accredited an envoy to the Court, but the envoy was killed at Jalalabad.” Nadir Shah therefore sacked Jalalabad as a punitive measure. The Mughals did wake up somewhat after the fall of Kabul, as they realized that Shah had not kept his word, which should not have come as any surprise. Urgent messages sent to Rajput princes for help did not elicit any response “worth the name.” The emperor even called for Burhan-ul-Mulk, Sa’adat Khan, from Awadh and held a “council of war.” It was decided that “the nobles should march to Karnal and wait for the enemy there.” Muhammad Shah accompanied the army.

Meanwhile, Nasir Khan, the governor of Peshawar and Kabul, had appealed to the Mughal emperor for reinforcements. This was however seen at the Mughal court as a ploy to “extort gold.” Thus, no help was given. Khan was defeated and taken prisoner by Shah who had cleverly bypassed the Khyber Pass and advanced straight to Jamrud via Bazar Valley. Peshawar was now easily occupied, “and the region between Peshawar and the Indus was thoroughly sacked.”

As Shah neared Lahore, Zakariyah Khan, the Mughal governor, decided that discretion was the better part of valour. He surrendered to Shah by “offering a gift of 20 lakhs of rupees and several elephants.” This was followed by Shah’s arrival at Sirhind on February 16, 1739. The army had reached the plains, and battle loomed. Shah “deposited his heavy baggage and harem” at Ambala and advanced to Shahabad, a little more than 50 kilometers from Karnal.

The Battle of Karnal

Sa’adat Khan (summoned from Awadh) had arrived with his tired troops and gone to “pay his respects to the emperor.” What followed next is in equal measure, comedic and tragic. While Khan was away, he received the news that the “Persians were plundering his baggage.” Unable to restrain himself, he rushed with his men “to save his baggage.” There was no planning or strategy behind this action. The Persian army “feigned retreat”, Sa’adat Khan pursued them, and “lost all contacts with the base.”

Frantic appeals for reinforcements resulted in a paltry cavalry of “about 8,000 or 9,000” being sent to Khan’s assistance. Thus was fought the Battle of Karnal on the 24th of February, 1739. The Mughal army was routed, Khan was wounded and taken prisoner to Shah. Here, the resourceful and tactful Khan was able to convince Shah that Muhammad Shah was still “in a position to fight on equal terms.” He also persuaded Shah to send for “Nizam-ul-Mulk, who was the ‘key of the empire’, to negotiate.

Peace was negotiated by offering an “indemnity” of 50 lakhs of rupees to Shah, which would be paid in installments – “20 lakhs immediately, 10 lakhs at Lahore, 10 lakhs at Attock, and the balance at Kabul.” Shah agreed not to advance towards Delhi. That should have been the end of the matter. Instead, that is where envy and treachery reared their heads.

In the Battle of Karnal, Khan-i-Dauran, the Mir Bakshi who had come with the additional cavalry to Sa’adat Khan’s aid, had been killed. Upon Nizam-ul-Mulk was conferred the “title and post” of Mir Bakshi by Muhammad Shah. Sa’adat Khan – Burhan-ul-Mulk – had been coveting the post of Mir Bakshi. When he didn’t get it, he became resentful and bitter. As an act of revenge, he “impressed upon Nadir Shah that he had been duped by the latter who would have agreed to pay much more.”

Not only that, he proposed that Nadir Shah take “Muhammad Shah, the Nizam and others into custody, march to Delhi and make himself master of the immense treasures in store there.” Four centuries earlier, Alauddin Khilji had invaded Chittor after being instigated by Raghav Chetan. Reacting along similar lines, Shah didn’t wait for a second invitation either.

The Nizam-ul-Mulk was now asked by Shah to “furnish twenty crores of rupees”. When he pleaded his inability, he “was placed under surveillance.” Muhammad Shah and his harem were also placed under custody.

March into Delhi, carnage and looting

Nadir Shah marched to Delhi, Muhammad Shah in tow. Two monarchs would be received there, “one a captive and the other a victor.” Muhammad Shah was “permitted” to enter the city a day earlier to “enable him to accord a suitable welcome to his honourable visitor.” On the 20th of March, 1739, Nadir Shah entered Delhi to a royal welcome.

Towards the end of the day, rumors started to swirl in the city that Nadir Shah had “met with an untimely death or had been seized or imprisoned by the orders of the emperor.” Due to these rumors, the Persian troops also were also in a state of confusion. In the ensuing disarray, about 3,000 of Shah’s troops fell prey to the mobs which had collected at “various nooks and corners” and begun to attack these troops.

The next day, 21st of March 1739, as Nadir Shah rode through the streets to the Golden Mosque (Sunheri Masjid) in Chandi Chowk, “a bullet missed him, but killed one of his officers.” “Mounting the roof of the mosque, red with anger, he ordered a general massacre of the inhabitants of the capital.”

The carnage began at 9 AM. Nadir Shah’s soldiers killed all they could lay their hands on, anything of value was stolen, and bazaars and shops set on fire as the city was ransacked for six uninterrupted hours. Several hundred women committed suicide. Approximately 20,000 people perished in this massacre. “The streets of Delhi lay littered with corpses for several days. … Timber from the wrecked houses provided fuel for funeral pyres, on which the bodies of Muhammadans and Hindus were burnt…. Many thousands of corpses were collected and thrown into the Jamuna.”

The carnage over, looting was next on the agenda. A door-to-door survey was conducted, and according to one estimate, Nadir Shah obtained from the city of Delhi – its emperor, nobles, and its people – about 70,00,000 rupees. Also stolen were the Peacock throne and the Koh-i-noor diamond. What’s more, soldiers were dispatched to Awadh “to bring the treasures of Burhan-ul-Mulk.” “The accumulated wealth of 348 years changed hands in a moment.” Fulfillment of personal desire was the next on the list. A great grand-daughter of Aurangzeb was married to Nadir Shah’s son, Nasrullah. “To celebrate the occasion, Nadir ordered illuminations, display of fireworks and lavish entertainments.”

Lastly, Shah held a durbar on May 12 (1739) and to which he invited Muhammad Shah and placed a crown on his head, thus vindicating “the long-standing claim of the Persian rulers, of their superiority to the Mughal sovereigns.”

[Coincidentally, the results of the historic 2014 Indian general elections to elect the 16th Lok Sabha were declared on 16th May 2014. This was exactly 275 years after Nadir Shah left Delhi.]

I have adapted this account from “Volume VIII – The Maratha Supremacy” of the magnum opus – “The History and Culture of the Indian People”, General Editor R.C. Majumdar, published by Bharatiya Vidya Bhavan, Second Edition, 1991. Based on my reading of the chapter, the massacre in Delhi by Nadir Shah’s troops took place on March 21, 1739. However, the Wikipedia page on Nadir Shah states March 20, 1739.