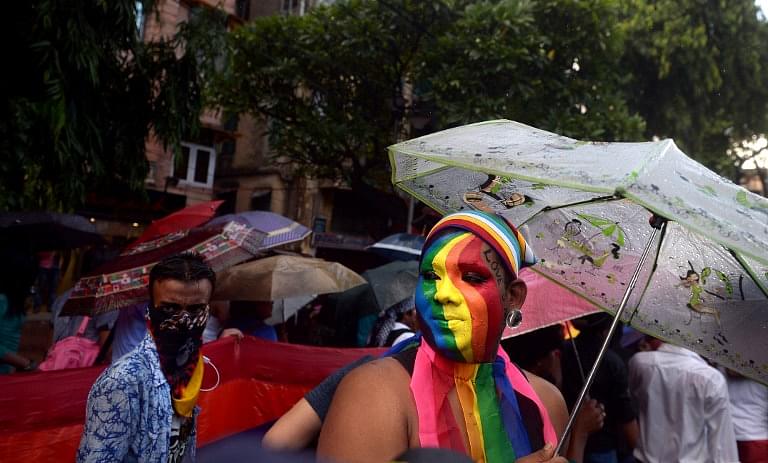 In order to understand the LGBT community, what we need is a sustained discourse in the mainstream media.

A lot of issues come along with being a part of a group which is discriminated against, socially and legally. One very prominent issue is that only the loudest and most garish noisemakers manage to get heard. Since the majority of the members belonging to the discriminated group prefer to remain silent and avoid attention, the voices that do get heard end up being very unrepresentative of the community.

The LGBT community is no different.

In more than a decade of being closeted, I have clutched on to straws for gay role models. While the transgender community is organized and count amongst them a mayor and several TV anchors, the gay community hasn’t quite stepped up.

We have Vikram Seth, but he doesn’t often talk about his experiences, being homosexual (his mother does so more than him, though), except occasionally as a talking head on Sec. 377-related issues. Apart from him, every gay man on TV is somewhat effeminate, and every lesbian woman is butch. All of them are very defensive about their sexuality, and none of them seem to be at peace, which doesn’t allow them to relate with other experiences as a sexual minority in the larger scheme of things.

Now, why is this important?

I am from what is known as a ‘good family’. We are to focus on education and getting ahead, and prioritize what’s between our ears over what’s between our legs. So when someone from my background finds themselves confused about his or her sexuality (an increasing number, by the looks of it), the existing paths offered to us by the media and others seem grossly inadequate.

We don’t want to experiment sexually at age sixteen, because we’d rather focus our energies on the IIT-JEE. We are apprehensive about our parents’ disappointment, if we fail to get a three-digit rank in any of the dozen competitive exams we write. To add that we are attracted to the same gender would induce nothing short of apoplexy.

When we do find a job, we’d rather not be harassed at work, because financial independence is central to actual independence. So we’ll stay so deep in the closet that we get to Narnia. When we finally decide to explore our sexuality, we probably don’t want to waste our time playing around, and instead, find someone to spend the rest of our lives with.

We are risk-averse people. But the only LGBT people we see presented to us are those who don’t mind living on the edge, or those who are forced to do so.

As a young adult, I never met or saw a gay or lesbian person I identified with. The gay movie of my generation was Girlfriend, where Isha Koppikar, the lesbian character, went completely psycho. The other one was My Brother Nikhil, which showed us that gay people die of AIDS. The activist talking heads on TV were the aggressive sort, who were distanced from their families. None of them dressed regular, as we did. We dressed like other people our age and gender, not because we were forced to, but because we didn’t feel the need to dress any different.

The people who were LGBT-rights advocates usually talked so much about their sexuality publicly, that they defined themselves by their orientation and one of them seemed to even imply that abstinence was an option.

Gay people being less masculine or less feminine than others of their gender is a touchy point. Sure, everyone has a right to dress and act in a manner comfortable to them. But when every gay person portrayed in the media is a walking stereotype, maybe due to selection bias in broadcasting decisions, it makes the rest of us feel less like we belong to the LGBT culture. This is especially true in the case of adolescents and young adults, who are still trying to find their identity.

Most young adults tend to define themselves by their sexuality until they get comfortable with their new identity. Beyond that, most people carry on with other aspects of their life. Hence, when all the voices claiming to represent you are known only because of their orientation, it is, pardon the pun, disorienting.

The other issue Indian adolescents who are coming to terms with their sexuality face, is that, our native culture prescribes abstinence until marriage, while LGBT culture as portrayed in popular media seems to predicate on sexual activity. If sexual activity is the norm in our circle of friends or family, there are already templates for safe and healthy activity that we can follow.

Given this is not quite the case in most of India, it exposes gay teenagers to unsafe and dangerous behaviour as they tend to model ideal sexual behaviour (e.g. condom use) on what their partners introduce them to. This can be potentially unsafe or exploitative, more so because of how underground homosexual relationships tend to be. When you consider low self esteem and a history of mistreatment that a lot of gay adolescents and young adults face, it can lead to disasters.

This is why I, in spite of being deep in the closet, choose to speak out. I want people to know that homosexuality or bisexuality doesn’t have to mean that you change how you dress, how you speak and how often you choose to have sex. It is not an indication of the level of commitment either.

It does not have to mean you have to out yourself publicly in order to be happy. You don’t have to hate your parents for not immediately accepting you as you are, and you can choose to stay in the closet for their sake. You don’t have to feel a kinship with someone just because they share an orientation with you. It’s okay to feel like you don’t belong to the LGBT community. It is also a slice of the world with its share of wonderful people and complete jerks.

You can choose to postpone any exploration of your sexuality until you are independent or otherwise comfortable. You can disagree with voices claiming to represent your cause. You aren’t a bad person if you admire a political party which doesn’t have LGBT rights on its manifesto. It is fine to prioritize other things over your sexuality.

Sure, no one forces anyone to submit to any rule of being homosexual, but there is a lot of implied pressure to conform to a certain version of the homosexual identity. It needs to be clarified repeatedly that there aren’t any rules, and stereotypes aren’t what you need to model your behaviour on.

It is important that several different members of the LGBT community feel free to come forward to share their varied experiences, no matter how unexciting or run-of-the-mill they are. The stories we hear about the community are currently of the man-bites-dog variety, and it is important to understand that, this isn’t necessarily the prevailing norm.

For example, most gay men are as masculine as the average straight man, and likewise for the ladies. And, believe it or not, most bisexuals are monogamous. But you wouldn’t know those things if you only followed mainstream discourse. Especially the last one.

It is doubly important to conduct this discourse in mainstream publications, so that we can touch a larger section of the population. Most writings about homosexuality are available in niche blogs and publications, and the mainstream media only picks up on a pertinent point of view when something horrendous takes place. This tends to skew discourse to extremes – if you talk about gay rights only once in a while, the discussions will leave only room to say the most basic things like ‘I’m for gay rights’ or ‘I’m against gay rights’. There is way more nuance that is left untouched, and will only come out on sustained discussion.

The voice of the LGBT community must be heard. It is important to do so because the world needs to look beyond the stereotype.