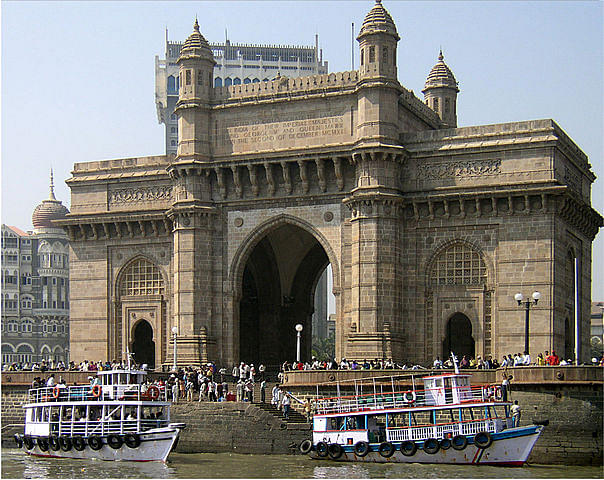 Hinduphobia is fine for burnishing your modernist credentials and is considered legitimate in opposing communalism.

If you want to oppose communalism, here’s a new way to do it. You can begin by calling Mumbai Bombay in protest and describe the people originally involved in this renaming as belonging to the “nastier strain of Hindu nationalism.”

It needs a sepoy with a Modern-Day East India Company mentality to come up with this formulation, when colonialism may be dead, but neo-colonialism is alive and kicking. The Brits may have abandoned their White Man’s Burden as far back as 1947, and no true Brit today would care whether we call Ooty  Udhagamandalam or Madras Chennai or Calcutta Kolkata. Or Bombay Mumbai, for that matter.

But Amol Rajan, an India-born editor of The Independent, has to show his disdain for the natives by telling his white bosses how white he is – not like those guys with little loyalty to empire. And so, in a letter to his readers, Rajan proposes to call Mumbai Bombay, a name derived from Portuguese colonialism, rather than from Mumba Devi.

In an interview to BBC, Rajan said:

The whole point of Bombay is of an open, cosmopolitan port city, the gateway of India that’s open to the world. If you call it what Hindu nationalists want you to call it, you essentially do their work for them.

However, Rajan is hardly consistent in his biases. He would, for example, have no problem calling Burma Myanmar or Daesh as Islamic State or Peking as Beijing. He finds enough justification for those shifts, but not the change of Bombay to Mumbai.

However, maybe we are falling into the trap he has set for us. If the idea was to get a whole lot of us Indians angry, he has probably succeeded, and kudos to him for attracting all that attention for speaking a lot of nonsense to the Beeb. In true Bollywood style, where the worst thing that can happen to a wannabe actor is to not be discussed at all, bad publicity is better than no publicity.

It is interesting that Rajan should want to do his renaming of Mumbai as Bombay three years into his tenure as Editor at The Independent. Maybe the paper isn’t doing all that well, or his bosses don’t think he is any good. Said Rajan:

As journalists, as someone who edits The Independent, it’s incredibly important to be specific about our terminology. I’d rather side with the tradition of India that’s been open to the world, rather than the one that’s been closed, which is in ascendance right now.

Rajan sure has gotten Mumbaikars’ backs up, and if the Shiv Sena or other Marathi-based parties start a protest, he would even feel vindicated for calling them “nasty”. He wouldn’t, of course, call the Muslims mobs that went after a police station in Malda that, for that would be called Islamophobia. Hinduphobia is fine for burnishing your modernist credentials.

The best way to look at the issue is to admit that the “Alu Brigade” has found one more recruit. The Alu Brigade is a term used for people who are brown on the outside and white inside. Indians like Pankaj Mishra or Vijay Persaud are leaders in the Alu Brigade.

Do we need to do anything about this Brigade? Actually, not. They are not any more trusted in the WASP (White, Anglo-Saxon Protestant) areas than the average non-white. But they do feel the need to speak out against anything India or Hindu. And, from the point of view of post-colonial big power calculations, where the dominance of America and Europe is being undermined by rising nations in Asia, the Alu Brigade is a bunch of “useful idiots” to have on their side in order to keep us off balance.

We should note what they say, but not react in anger. The only word to describe the Alu Brigade is “pathetic.” Self-loathing is not a nice thing to be born with. We have to pity him.