Preserved Pharaohs And Fantasies Of Prophecy 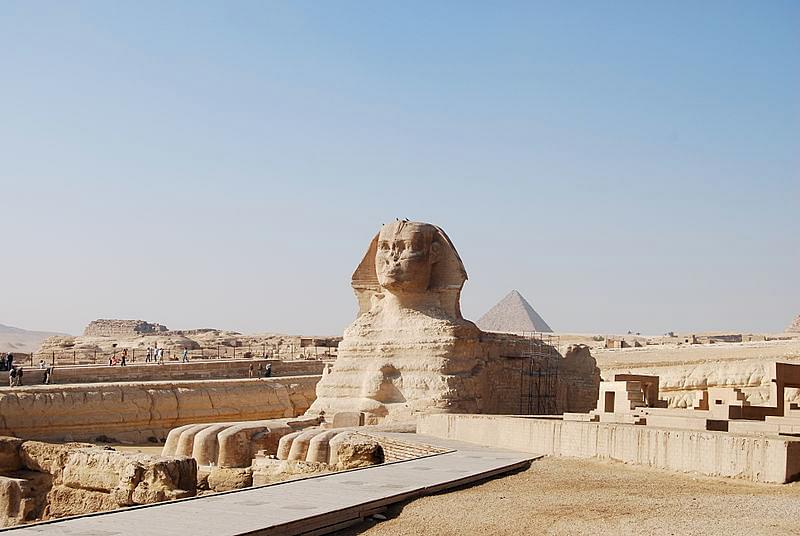 Myths happen inside us, and that is outside the linear time of history.

The man was leaning on a walker stick and limping yet patiently guiding a couple of friends and me through more than 100 panels. Suave and gentle, he explained with skill how science vindicates Islam. Modern discoveries that the prophet of Islam could not have known in early medieval Arabia have been described in Koran, he said. A panel described the phenomenon of internal waves in the ocean – a modern discovery having been mentioned in the Koran. The occasion was an exhibition on Islam held at Chennai in 2005.

A skeptic and a self-styled Hindu atheist, I am a bit too well aware how faith can twist and even distort facts to its convenience. Otherwise, sane people do believe without an iota of evidence that NASA was puzzled over a missing day, and that was the day the sun stood still by the command of Joshua. And in the age of internet, Hindus too do not want to be left behind. They have their NASA based urban myths of faith: satellites malfunctioning over the temple associated with a dusty village in Tamil Nadu. Still, fortunately, in the mainstream Hindu culture in which I am nurtured, myths are internalized rather than taken literally. That is a civilizational blessing. If you disagree just see the way creationists pester science education in a ‘developed’ country like the USA.

Coming back, our host made us stop before a panel depicting a mummy and explained, how that was not a mummy but a miraculously preserved body of the Pharaoh drowned in the Red sea during the legendary episode of Exodus. In the last moment, this Pharaoh declared his belief in the God of Musa (i.e. Moses). As a reward, God preserved his body as a sign for the people to believe the revealed truth. This time, the panel showed a well known Mummy and a Google search later told me that it was that of Ramses-II. To cut a long story short, after five hours, I emerged out of the exhibition more a skeptic than a believer. And I decided to check certain claims.

I wrote to Prof. William Hay the Professor Emeritus of Geological Sciences and associate curator of the Colorado University museum, on the knowledge of internal waves that Koran had revealed before their discovery. Prof. Hay gave a detailed reply. He explained how the whole search for such modern scientific knowledge in a supposedly revealed ancient text could be ‘an exercise in futility’. He explained how Muhammad could have obtained his knowledge of internal waves through many natural agencies rather than revelations. He said-

Since then a much simpler explanation of the ‘internal waves’ occurred to me. When you look down in clear, shallow water on a sunny day, you see the effect of diffraction of light passing through the water on the bottom as narrow bright bands separated by broad dark bands. These often seem to have little if anything to do with the surface waves that produce them. Those might be the ‘internal waves.

He also revealed how this search for modern scientific knowledge in the Koran is a huge operation spearheaded by the Saudi establishment in coalition with an agent from Islamabad.

What about the miracle of the preserved body of Pharaoh? Two years after visiting the exhibition, I repeatedly came across this astounding ‘proof’ in Islamic propaganda literature and even today one can google and get websites that proudly depict the mummy of Ramses II as the proof of the divinity of the Quran.

Now Exodus itself is more mythological than historical. Interestingly Jews have made theological adjustments to this archeological reality about Exodus. Dr. David Aaron, a reputed Jewish theologian, thinks of Exodus as more a spiritual parable than a literal historical event. Rabbi David Wolpe, of California Sinai Temple, agrees. A healthy trend if emulated by other Abrahamic religions shall make many parts of the planet free of religious strife.

But in the propaganda what we see is a reversal of this thought process. I decided to check the ‘proof’ that has been offered and wrote to Prof. Adam Bülow-Jacobsen a classicist with background knowledge of Egypt. I also wrote to Dylan Bickerstaffe, the author of ‘Refugees of Eternity’ a book on the Royal Mummies of Thebes. Programme Secretary for ‘The Society for the Study of Ancient Egypt’, he is also a lecturer on ancient Egypt and has been giving guided tours to the pyramids.

Prof. Jacobsen forwarded my mail to his colleague Prof. Françoise Dunand. Prof. Dunand, who has spent a lifetime in archeological research of ancient Egypt found time to write back-

I agree with your doubts about the pharaonic mummy. First of all, no doubt that all pharaohs were mummified since the New Kingdom. So I’m very surprised if a royal Mummy naturally preserved could be exhibited… Secondly, as you are well aware, the story about Moses crossing the Red Sea is probably mythical. There is not any historical argument about a Pharaoh pursuing Hebrews through the sea.

Dylan Bickerstaffe was also kind enough to reply. He wrote-

The mummy usually identified with the pharaoh who supposedly perished chasing the Israelites in the book of Exodus is that of Merneptah, son of Ramesses II. This mummy has, however, not left the Cairo museum to my knowledge. Many regard the Exodus story itself as the pure folktale, but even those who believe it contains some truth doubt that the pharaoh of the oppression was Merneptah, and the story does not, in fact, state that Pharaoh himself was drowned in the sea – just his army. The mummy of Merneptah has white patches left by post-mortem cosmetic treatments, but these were once said to have been deposits of salt from being drowned in the sea. Most mummies have some salt on them from the natron used as a drying agent and preservative, and Merneptah is no different.

What about the ‘preserved body’ of the Pharaoh featured in propaganda sites and exhibitions? He wrote-

The mummy illustrated there is Ramesses II, and the photograph was probably taken in the Cairo Museum. Ramesses II was certainly mummified in the usual manner and is one of the best preserved of the royal mummies, chiefly because he was not so badly damaged by tomb robbers.

Where does all that leave us? It hurts indeed when faith crumbles before empirical evidence. “Three years ago on Passover, I explained to my congregation that according to archeologists, there was no reliable evidence that the Exodus took place – and that it almost certainly did not take place the way the Bible recounts it. Finally, I emphasized: It didn’t matter. The Torah is not a book we turn to for historical accuracy, but rather for truth. The story of the Exodus lives in us…” – That is Rabbi David Wolpe explaining the spiritual significance of a myth – ignoring the superficial debate of whether it happened or not in history.

We all have here a lesson to learn from the Jew, and it is an ancient Hindu lesson: myths happen inside us, and that is outside the linear time of history.