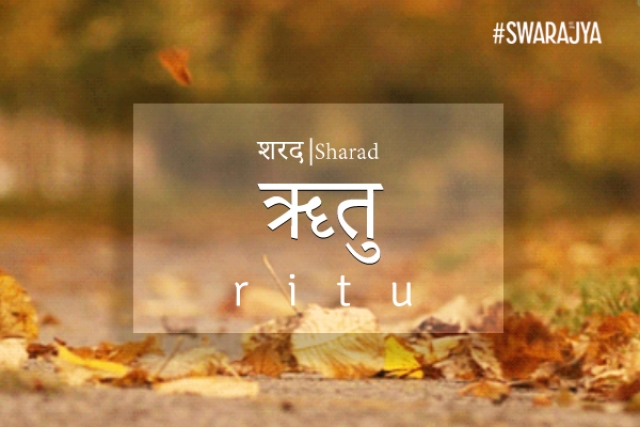 We have been exploring the correlation between the autumn season, sharad ritu, and ragas.

Not every raga is associated with a particular time or season, but most are said to have a direct relationship with a time of day, and some have been known to have a direct affiliation with the seasons.

We gather that similar ragas may have a similar effect and hence may have a tendency to fall under a particular season. Today, we take the liberty to explore some unexplored ragas associated with raga Bhairav.

Raga Bhairav leads a group of ragas that falls under the larger sub-group called Bhairav thaat. The grouping of ragas in the form of thaats was done by Vishnu Narayan Bhatkhande, based on the model of the Carnatic classical style of Melakartas.

The Bhairav thaat consists of ragas that are mostly performed in the first prahar of the day, which is the early hours of the morning. Bearing a resemblance to raga Bhairav, these ragas could be seen as having similar traits. Of course, when it comes to ragas, it isn’t just about the notations in the raga but also about the representative phrases of it, and how the raga is approached.

The Bhairav thaat has various ragas under its umbrella. We’ve discussed some of them in the past. Now, here are some that are more uncommon.

This raga is rather tricky to sing, and even more so to understand. Initially, it almost sounds like raga Bhairav, until the teevra madhyam (sharpened fourth) and the komal nishad (flattened seventh) hit you. The delicate, meticulous structure of the ascent and the descent of this raga makes it a rarity.

In the video, you will notice Pandit Ulhas Kashalkar rendering the raga. Pt Kashalkar remains one of the stalwarts of Hindustani classical music. His genius is exceptional, and his knowledge in music, unmatched.

Accompanying him is another revered tabla exponent, Pt Suresh Talwalkar.

This particular rendition is one of the best representations of raga Ramkali.

Unlike most ragas in this thaat, raga Gunkali has only five notes in its scale, making it a pentatonic scale. Sung in the early hours of the morning, the scale of S r M P d S’ creates the mood of a morning filled with angst and pathos.

The rendition we have shared with you, is sung by Pt Sanjeev Abhyankar. Having been Pt Jasraj’s ace student, Abhyankar soon carved his niche, and his identity, becoming one of the torchbearers of the Mewati gharana of our generation. In this rendition of raga Gunkali, his prowess over swaras is evident and commendable.

In the coming week, we will look at some more ragas that share a close relationship with raga Bhairav and hence with sharad ritu, but which still remain unexplored.