The Documentary: Epitome Of Western Sensationalism 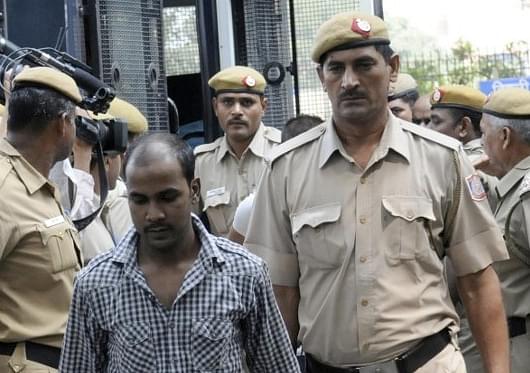 The intent of the film seems to be to pick a heinous crime and castigate the mindsets of millions of people based on the heinous crime. It is contextually irrelevant and it does not provide a global perspective on the crime

The BBC documentary on Nirbhaya has triggered a vociferous debate on the subject. While there has been a debate on the freedom of speech and the content of the documentary, I think it is important for us to understand the context and why it is for us to stand up for it. The government’s move might have been too far yet its intent was spot on.

One of the key elements to this debate is to segregate the debate into two main components; one is moral complicity and another is a legal perspective. This is probably the only way we can come to a reasonable discussion on this. According to the Government of India, the makers of the documentary have violated the norms of filming inside Tihar since they did not adhere to the conditions posed by the government. The Government also goes onto accuse that the filmmakers, who were asked for the raw footage on 7th April 2014 as agreed upon, did not provide the footage as mentioned. The permission by the erstwhile UPA government was to give access to the prisoners and was assumptive on the logic that the content of the documentary would not incite or disturb people.  In addition, the rapist were alleged to have been paid Rs 40,000 to be part of the documentary series after having the rates “negotiated”; the legality of paying a convict for a commercial venture is highly questionable .

Besides the legal ramifications as mentioned above, the more important issue is the moral perspective of the documentary video. While the intent of the documentary might be to showcase the December rape incidents, it falls flat on many counts. One of the fundamental issues with the documentary was that it provided an open and free platform for the convict to spew venom and reveal how actually the brutal rape took place. This detailed explanation by the rapist is not only shocking yet it is appaling as to how such content is deemed “publically” viewable. The broadcast ethics have been crossed by a mile in this case.

The second moral issue with the documentary is that it extrapolates the brutality of one case and in a discreet manner draws an assumptive reference to the mindsets of a billion people. If the makers of the film were intent to show the state of mindset of people in India, they would have done a detailed socio-economic study in India and obtained diverse views from a wide range of people on their views on rape in India. Not only did it provide the platform for the convict, it also allowed for unnecessary sensationalism of India being the heinous country that the world needs to be aware about. This sentiment, in my view, comes from a broader perception of the issues confronting India especially the recent rape incidents.

The December 2012 rape incident was a disgraceful & horrific incident. Without any doubt, it is something that India needs to get away with & needs to address it in every possible manner. However, the perception that India is the “rape capital” of the world is a misnomer. This perception, which has been built largely because of certain sections of the Western media, is something that one needs to ponder about. These are the facts that could make you contemplate.

While it is condemnable that in India just over a quarter of the rape cases face conviction, it is appalling that in the US just over 24 percent even get arrested for the crime. In a brilliant piece in the Guardian, Emery Toole states that “statistics that a woman is raped in Delhi every 14 hours, which equates to 625 a year, in England and Wales which has a population 3.5 times that of Delhi, the proportion is four time larger: 9,509 against Delhi’s 625”.

In another piece, Owen Jones writes in The Independent on how the issue of rape is endemic globally and quotes an example from France where in 1999, 11 out of the 14 accused were let free in a clear-cut rape case of a 14 year old for 6 months.

According to the Government’s Action Plan on Violence Against Women and Girls in the UK, 80,000 women are raped a year, and 400,000 women are sexually assaulted every year. Based on a recent UN report on this subject, the rate of rapes in Sweden is 63.5 per 100,000 & in the US, it is 27.5 while in India it is 1.8. In addition, according to the National Crime Victims Research & Treatment report in 2007, more than 4/5 of forcible rapes in the US are not reported at all.

The points of these facts are not to state that India is oblivious to the issue of rape; it is indeed a major issue and it’s a matter of shame that India needs to address. However, what irks me is the presumptuous lopsided perspective that it is an India-centric issue and the rest of the world is holier than thou. Rape is not an India-centric phenomena, it is a global phenomena (a fact ignored by the documentary) which is rampant in many developed countries in the world. If the documentary makers were so concerned about the December 16 incident and wanted to change the mindsets, shouldn’t an objective filmmaker take this global context and project them in the documentary? Shouldn’t an objective documentary filmmaker provide the facts of the global numbers and do a similar analysis abroad? More so, shouldn’t the filmmakers do a similar analysis in the UK where the statistics are equally worse?

The question is whether a fair perspective is provided to the viewer especially when you are talking about the mindsets of people in relation to a particular heinous incident. This bias in reporting and projection of Indian ethos as filthy albeit in a discreet manner, when the facts prove otherwise, is an act of prejudice not objective filmmaking.

It is in this context that one needs to view the Indian government’s order. While I think the government was not right in stalling the film’s release in India, I think it is imperative that they take a strong stand against it or issue a strong condemnation against the sensationalism of the incident. The violent acts depicted in the documentary are not at all viewable for people below the age of 18; it should be ‘A’ graded and viewed only by adults. The government should have come up with a more comprehensive response in a more detailed manner and probably taken the filmmakers to court instead of stalling the film.

In retrospect, the documentary’s intent seems to be an exercise of commercial sensationalism (considering that it has premieres around the world) on a particular incident in India. Its intent seems to be to pick a heinous crime and castigate the mindsets of millions of people based on the heinous crime. It is contextually irrelevant and it does not provide a global perspective on the crime.

More importantly, it does not seem to offer any concrete solutions to the issue & how the world can address them. The focused nature of the documentary without any reference to the global realities and perspectives smacks of an agenda behind the lens. This surely needs to be condemned and told to the world.