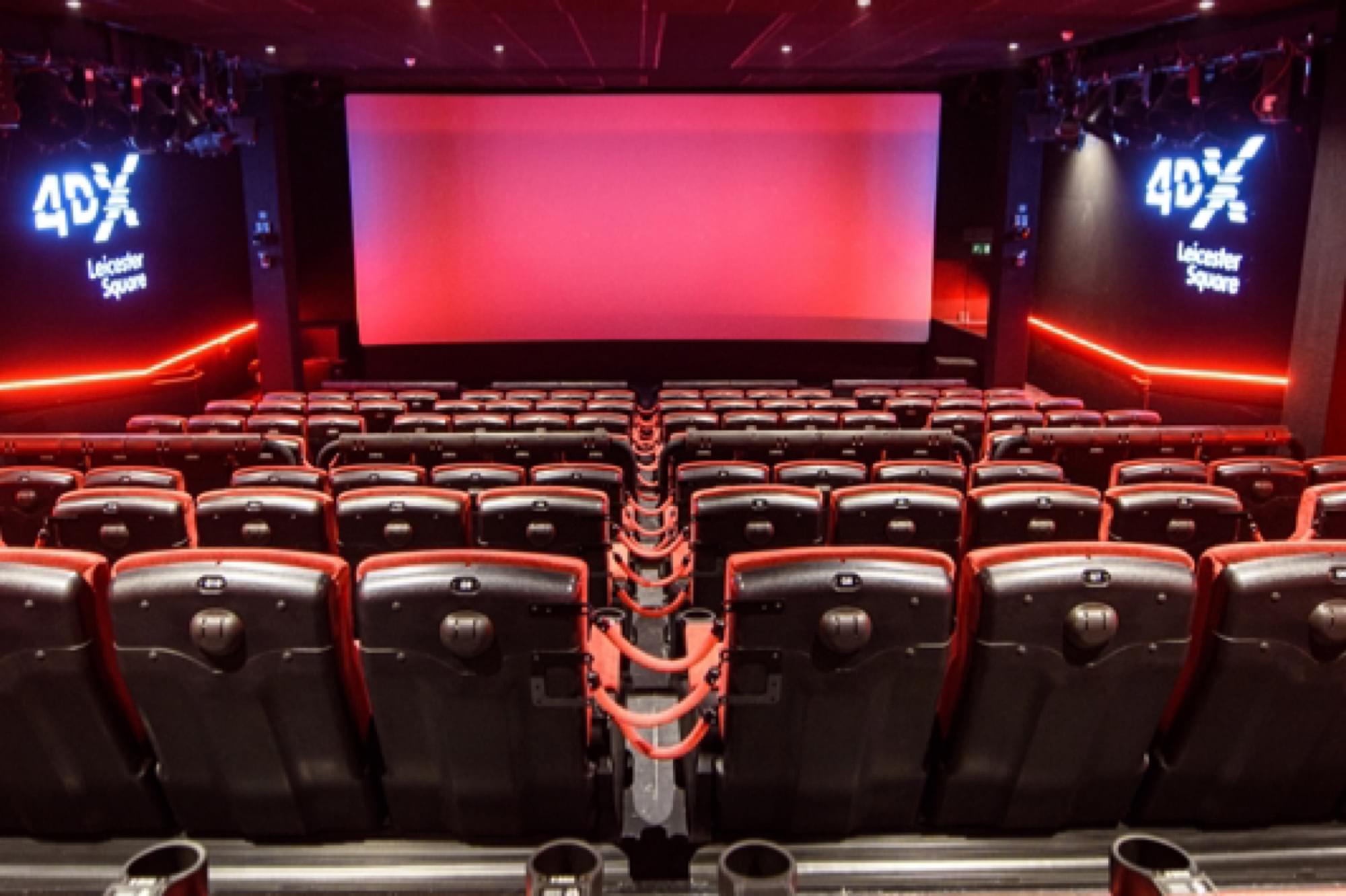 Take 30 seconds and think of a Diwali celebration song from any Bollywood film. Okay, take a minute. Still can’t think of one? Take a minute more. Okay fine, go Google.

Among the first few searches, you are likely to find a playlist by Gaana, a music streaming service that boasts of more than 200 million users.

The ‘Diwali party songs’ playlist begins with ‘Tu to meri care ni karda’ and goes on to add ‘Lahanga’ and ‘Naach meri rani’. The list is largely a collection of similar flirtatious songs in Punjabi that have nothing to do with Diwali.

You can also check a list compiled by The Times of India. Of the mere four songs listed is one from a 1973 film ‘Jugnu’ featuring Dharmendra, where the lyrics say — ‘Deep Diwali ke jhoothe’ (diyas of Diwali are fake).

Another song titled ‘Happy Diwali’ is from 2005 film ‘Home Delivery’. It shows children pointing a finger towards the sky and singing — “Ye jahan saara uski ka kaam hai. Usne banaya sabke liye. Happy Diwali (This world is created by Him. He created the world for everyone. Happy Diwali).”

The first song sounds more like an anti-Diwali song than one meant for Diwali celebration. The second song, whether in choreography or lyrics, has no Diwali vibe to it and instead appears to be a recital of creation theory as preached by Abrahamic religions where god is said to reside on a throne in the fourth or seventh sky.

At this point, you might be wondering if Bollywood has even created a decent celebration song or film around Diwali — the biggest festival in India. The answer is no — for several decades, it has not.

You can be rest assured that the industry has churned out an extensive repertoire of songs and films around Eid.

Check the corresponding ‘Eid songs’ list by Gaana and The Times of India here and here.

Among the most popular are ‘Eid Mubarak’ featuring Salman Khan where the lyrics say that Eid is a festival of joy and gives the message of love, ‘Noor-E-Khuda’ featuring Shahrukh Khan, sung in praise of Khuda, and ‘Kun Fayakun’ featuring Ranbir Kapoor, a qawwali in praise of Sufi saint Nizamuddin Auliya.

Of late, anybody pointing out this glaring bias of Bollywood is met with smears by self-certified secularists.

Recently, parliamentarian Shashi Tharoor made an appeal to “rise in defence of Bollywood”, claiming that it was under attack from Hindutva forces and Sangh parivar as they can’t stand Bollywood’s “composite culture”.

His key argument was that soon after the 1971 war when most of Pathans were against India, Bollywood showed a Pathan in great light in 1973 film Zanjeer.

(Read a rebuttal to Tharoor’s column by Swarajya here, where we countered that the film showed a fiction that obfuscated reality and, given that Afghanistan’s Pathans have driven the last Hindus and Sikhs out, the fiction should be scoffed at and not celebrated.)

Last year, Indian Express columnist Tavleen Singh called Bollywood a bastion of “real secular values” as opposed to “Hindutva”. To make her case, she gave such flimsy and questionable arguments as “not only has it [Bollywood] shown that ideas like ‘love jihad’ have no place in its world but it chooses to remain oblivious to the creed or caste of those who enter its portals”.

Earlier this year, international magazine The Economist smeared a Twitter account, @GemsofBollywood, which has been posting clips from agenda-ridden Bollywood movies for a year and has amassed close to 1.5 lakh followers in a quick span. The magazine, in the piece titled ‘The siege of Bollywood’, said that the Twitter account “smears” the industry as a tool of Muslim propaganda even though it’s “secular”.

The content generated by Bollywood in its hundred years of existence is anything but secular, that is, anything but religion-neutral. But let me return to my point — the missing ‘Diwali’ from Bollywood’s exhaustive list of celebratory songs and dances.

It’s not as if Bollywood has not used Diwali as a backdrop for scenes or songs. The film, Zanjeer, written by Salim Khan and Javed Akhtar, opens with a scene where the protagonist’s parents are shown being murdered on the evening of Diwali even as the noise of firecrackers and gunshots drowns out their screams.

A few years before Zanjeer, film Sapno ka Saudagar that marked the debut of Hema Malini in the Mumbai-based industry, showed a baby being kidnapped from a house on Diwali night. This too was the film’s opening scene and, like Zanjeer and Badle ki Aag, used Diwali as a backdrop for crimes and gore with the festival itself adding no plot value.

In recent years, Bollywood has spared Diwali of the gore, focussing instead on Dussehra and Ramleela for the laughs.

A stage-drama based on Ramayana with villagers playing key characters including Ram, Sita and Lakshman, is a recipe for laughter because everything on the stage can be shown to go awry and the character of Ram or Lakshman getting beaten up.

If 1983 film Jaane Bhi Do Yaaron, produced by National Film Development Corporation of India, started it, it went on to become a template. The 2020 film Ludo showed the character of Surpankha hurling the abuse “madar****” at Lakshman on stage.

The template Ramleela jokes were also seen at a Ramleela skit in government-run All India Institute of Medical Science (AIIMS) campus, triggering public outrage and the organisers issuing an apology.

In 2013, Ramleela received attention from Bollywood again, but this time as the title of a romantic film with the lead characters named as Ram and Leela.

The film’s promotional poster showed the character of Ram (Ranveer Singh) pulling down the blouse of the character named Leela (Deepika Padukone) in mutual lust. This time, Hindu groups objected and the film’s title was changed to Goliyon ki Rasleela Ram-Leela.

There’s little surprise then that the latest Bollywood film themed around Ram and Ramayana is named ‘Ravan Leela’.

Last year, Bollywood’s ‘big release’ around Diwali was ‘Laxmmi Bomb’. Naturally, it evoked anger from the masses for its derogatory mention of Lakshmi.

The film, that was originally slated was release on Eid but got delayed, has Akshay Kumar playing the lead character of Asif, who fights superstitions in the Hindu society and mocks his Hindu wife’s parents for “being stuck with Hindu-Muslim even after so many years”.

After outrage from the Hindu community, the film’s title was changed to Laxmii (the word ‘bomb’ was removed).

Sans a scene in big-budget 2001 film Kabhi Khushi Kabhie Gham, where Jaya Bachchan is shown doing aarti to a murti of Ram on Diwali when her favourite son Rahul (Shahrukh Khan) returns home, there is hardly a Diwali scene or song in any Bollywood film.

It’s not as if the Mumbai film industry never cared for Diwali.

On the other hand, Hollywood, from which the Mumbai-based film industry derives its name, has a well-established tradition of “Christmas movies” dating back to 1898 film ‘Santa Claus’ and continuing till date.

The themes could be anything — festive romantic comedies like Bridget Jones‘s Diary (2001), The Holiday (2006) or Last Christmas (2019), feel-good family dramas like Little Women or Frozen (2013) or heartwarming ones themed around Santa Claus and elves like The Year Without A Santa Claus (1974) or The Christmas Chronicles (2018).

It’s not as if there is no demand for a feel-good festive family Diwali movie. Going by the efforts and resources corporate brands put into the manufacturing and marketing of their products for Diwali festive season, there is no reason to assume that Indians will not make a Diwali special film a hit.

It’s not my case that devotees of Ram or Diwali revellers need Bollywood for their piety or celebration.

But for a film industry that is repeatedly and staunchly touted as “India’s biggest soft power” and “India’s cultural ambassador”, its aloofness with India’s biggest festival is intriguing and even bothering.

Surely, it cannot be that filmmakers have not given a thought to commercial possibilities of a feel-good Diwali special film.