The Pondy Lit Fest Defines Itself 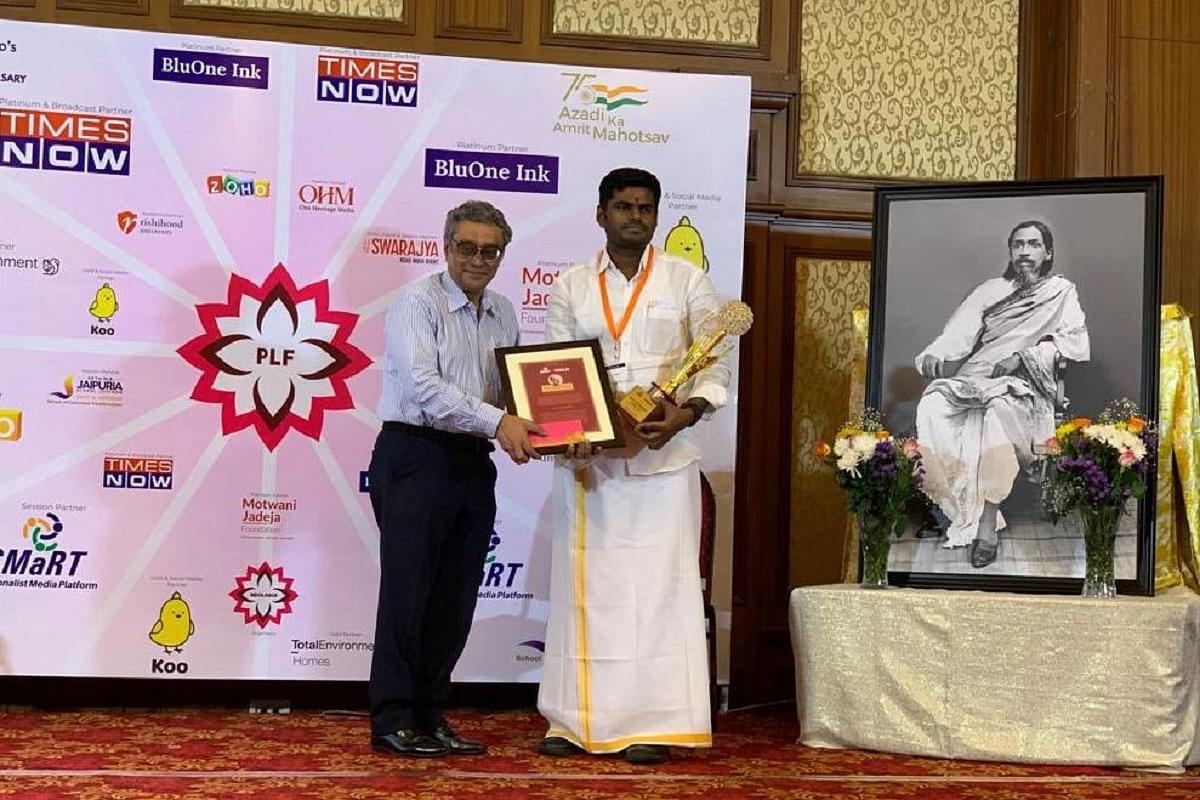 An article in The Print following the second edition of the Pondy Lit Fest in 2019, penned by one of its regular speakers, postulated ‘The big question is where does the Pondy Lit Fest go from here’. It recommended that the festival, two editions young at the time, define itself and clearly outline its basis and substance. The organisers must have ruminated over this too, for come the third edition, they have carved out a definition for themselves and how.

The Bharat Shakti Pondy Lit Fest last weekend saw a bold and refreshing departure from previous formats. Gone were the boisterous panels, and with them the empty chaos and easy sensationalism. Gone too was the pomp of multiple simultaneous sessions, the plethora of heavyweights, lightweights, and the range between, the themes sprawling in every direction. Instead of dazzling with quantity, this Lit Fest illuminated with quality.

The two and a half days (5-7 August) saw a series of unique sessions. Every session lasted 35 minutes, and saw either an individual speaker or a dialogue. The topics were curated with thought and care, and fell under the overarching themes ‘India at 75’ and ‘Sri Aurobindo’s 150th birth anniversary’ — obvious choices, given the timing, but also pertinent and justified choices.

The domains of discourse spanned from art and music to economics and justice, from literature and culture to science and military, from philosophy to archeology, historiography to journalism, social media to yoga. The achievements and failures of India in the last 75 years were elucidated, the expected rise and areas of concern in the next 25 years highlighted. An overwhelming majority either placed Sri Aurobindo at the centre of their lecture or alluded to him, articulating his continued, if augmented, relevance.

The platform also hosted the Swarajya awards in partnership with SMaRT, which recognises four individuals for their exceptional work in nation-building, as well as several book launches. Amongst these were Sri Aurobindo and his Philosophy, written by Parikshit Singh and published by BluOne Ink, which has brought out six titles on Sri Aurobindo and The Mother in this celebratory year alone, as well as Reading Sri Aurobindo, edited by Gautam Chikermane and Devdip Ganguly and published by Penguin, a book which seeks to be a doorway to Sri Aurobindo’s 36 volumes by introducing each of them to the reader.

It is safe to say that the literary festival honoured its themes, which hail interest not only from a national but a universal audience. Yet, this was not at the cost of local culture, which was especially emphasised through the inspiring address of K Annamalai and the many sharings around the life and work of literary and revolutionary giant Subramania Bharathi.

The seriousness and commitment of the platform was further reflected in the partners — tech and social media companies which are redefining the paradigms and practices of technology innovation in India and the world, academic institutions which are paving the way for a holistic and integrated new form of education, print, digital, and broadcast partners which are uncompromising in their journalism.

Perhaps, the most welcome accomplishment of the Bharat Shakti Pondy Lit Fest 2022 was that it remained faithful to its values. Accessible to all, free of cost, both in the physical and digital spaces, offering erudition on wide-ranging topics which would pique the interest of the young and the experienced alike no matter from which walk of life, and facilitating an enriching and untethered exchange of ideas across otherwise exclusive fraternities, it espoused the tenets of intellectual expression and democratic ideals. It nurtured an atmosphere that was harmonious and healthy, and rarer still, an air of humility.

The Pondy Lit Fest, powering through against all odds, has emerged with an identity. So perhaps it is time the critics expand their vocabulary when describing this platform beyond that one repetitive adjective ‘right-wing’ to diverse, authentic, forward-looking, and exemplary.

Priyanka Bardhan is a student of Sri Aurobindo's philosophy and participates in the Dharmic discourse through her writings.
Get Swarajya in your inbox everyday. Subscribe here.
Tags: