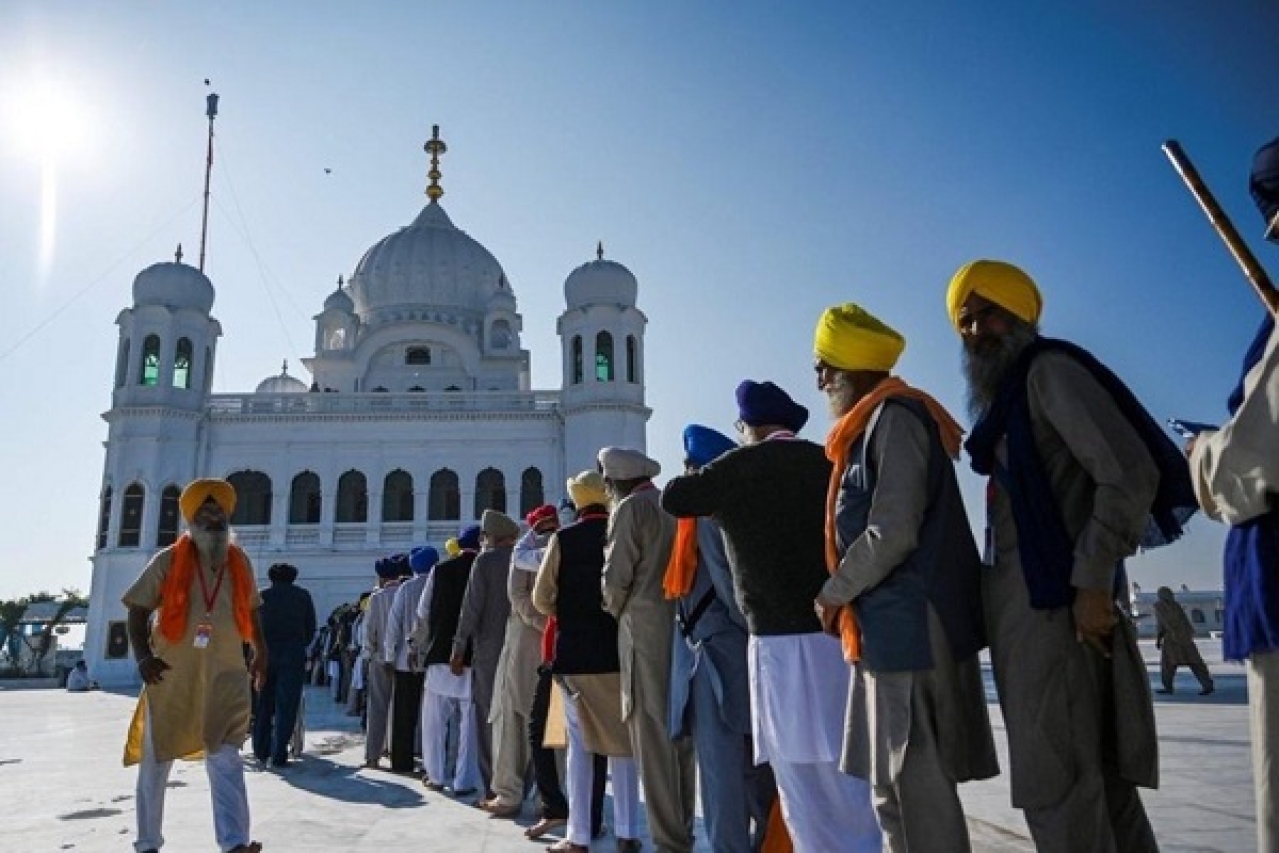 At the inaugural of the Kartarpur Corridor (via Twitter)

November 9, 2019, will be remembered, generations from now, as one of the greatest days in post-1947 India.

One may attribute it to an array of factors, but for Hindus and Sikhs across the world, it’s a day of the religious renaissance as legal access for both Ram Mandir and Gurudwara Kartarpur Sahib has finally been attained, on the same day, after decades of struggle.

Interestingly, almost 25 years before a mosque was constructed over the Ram Mandir under the reign of the first Mughal king, Babur, Guru Nanak, the founder of Sikhism and first of the ten Sikh Gurus founded the town of Kartarpur on the banks of river Ravi. Kartapur, in history, was the first Sikh commune.

In 1947, during the partition of the Indian subcontinent, Kartarpur became a border town in the newly created Pakistan. Thus, Gurudwara Kartarpur Sahib, a holy abode of Sikhs for centuries and the final resting place of Guru Nanak, was now a part of a country they had been violently exterminated from.

Today, Prime Minister Narendra Modi inaugurated the integrated check post at Dera Baba Nanak, a town located on the India-Pakistan border, and from where the 4-kilometre corridor begins. The entire corridor lies in the Pakistani mainland.

The Kartarpur Corridor presents the leaders of the two nations, in a prolonged conflict, with opportunities to reshape the ties between them.

Firstly, the corridor could be the inaugural step in restarting cultural ties between the two nations. Following the terrorist attacks sponsored by Pakistan during the first Modi regime, cultural ties came to a halt. Cricketing ties were snapped, and even the film fraternity chose to boycott artists and actors from Pakistan.

Two, trade across the border areas of Punjab could gain. While Indian imports from Pakistan are at an all-time low after the Pulwama attack earlier this year in February, the corridor, in the longer run, could enable trade ties between the two nations, benefitting traders on both sides of the border.

Three, it could add to the economic activity of the region. The town of Dera Baba Nanak, 40-kilometres away from Amritsar, is set to benefit from the inflow of pilgrims, estimated at more than 5000 every day,

Lastly, the corridor could enable a better dialogue on a number of critical issues between the two nations, including the possibility of a corridor for pilgrims to Sharada Peeth in PoK.

However, on the downside, the corridor presents more risks than opportunities the Indian state must be mindful about.

Firstly, India must not allow fodder for any separatist movement via the corridor. Already, there are images circulating on social media of Pakistani establishment exhibiting a bomb in the premises of the Gurudwara Sahib, claiming it was dropped by the Indian Air Force in the war of 1971 to destroy the complex.

While there is no provable factual accuracy to Pakistan’s claim of the IAF dropping a bomb merely 3-4 kilometres away from an Indian village inside Pakistan, India must be mindful of such shallow provocative stunts. For starters, immediate demand for the removal of the exhibit must be made.

Two, diplomatic channels must ensure that Pakistan does not backtrack from the mutually agreed measures. In the last week itself, Pakistan has gone to-and-fro on the question of passport requirements and pilgrim fee.

Three, the issue of the pilgrim fee. Now that the government of India has chosen to fall into this trap, it must be ensured that the $36 million Pakistan earns each year through the corridor is put into the further construction of the Gurudwara Sahib.

While ambiguity pertaining to expenditure on the Pakistani side will remain, even a single cent going into sponsoring any terror on Indian soil should be enough India to call off the corridor for the greater good.

From here, it’s in the best interest of Pakistan to take a cue from the teachings of Guru Nanak and let the corridor be the way for cross-border cultural exchange only. Making anything else out of it is riskier than Rawalpindi thinks it is.

Get Swarajya in your inbox everyday. Subscribe here.
Tags:
56 Shares