Where Ganga Is The Godhead

An Anthology of Writings on the Ganga is a selection and compilation of material on the Ganga’s mythical, material and spiritual dimensions. It covers a wide range: from depictions in the Mahabharata to perspectives provided by travellers and adventurers like Jean Baptiste Tavernier and James Fraser, and from its presence in literary and popular culture across the country to academic scholarship. The following excerpt by Steven G Darian, Professor Emeritus of Linguistics and Education at Rutgers University, discusses the worship of the river in Bengal’s deltaic region, as the river joins the sea.

Beneath the outer forms of Hinduism, religion in Bengal pulses with the indigenous gods and forces of the delta. In addition to Vedic ritual, there occur sacrifices of domestic animals to such terrors as snakes, crocodiles, tigers, and diseases like smallpox and cholera. Subject as they are to the caprices of the river, people do puja (a prayer with offerings) to Ganga as the Divine Mother. Her worship is more prevalent here than in any other part of India.

The most common form of worship is the snana or bathing festival, popular even among city dwellers. Bathing in the river while chanting mantras is an ancient and widespread custom. But worship of Ganga as an idol is peculiar to the delta. While Ganga dvarapalas (door guardians) appear throughout the country, it is rare to find a temple dedicated exclusively to the goddess. In Bengal, however, Ganga worship assumes an importance second only to the great religious festivals like the Durga Puja…

…The best-known Ganga festival in Bengal is the Mela at Sagar Island. The site is an ancient one mentioned as early as the Mahabharata. In the epic, the sage Pulastya promises great spiritual reward for a person who visits the spot ‘where Ganga mingles with the sea’. A Bengali poem, the Manasamangal, describes the voyage of the merchant Chand, whose fleet set sail from a port in the Ganges Valley. Passing through Bengal, it anchored at Gangasagar, where the merchant performed worship before departing for Patan in Gujarat. In the medieval period, the island often served as a naval base, at one time for the Hindu ruler Pratapaditya, at another for the pirates ravaging the coast of Bengal. [Friar] Manrique comments on the Portuguese and Magh pirates of Arakan, whose ships ‘often call at this island to rest and also…to seize and carry off the pilgrims [as slaves]’. In the early nineteenth century, several attempts at cultivation met with failure as workmen fell prey to sickness and tigers. In 1833, a severe hurricane swept away all the houses and other facilities, and the island reverted once again to what it has always been: a place of pilgrimage. 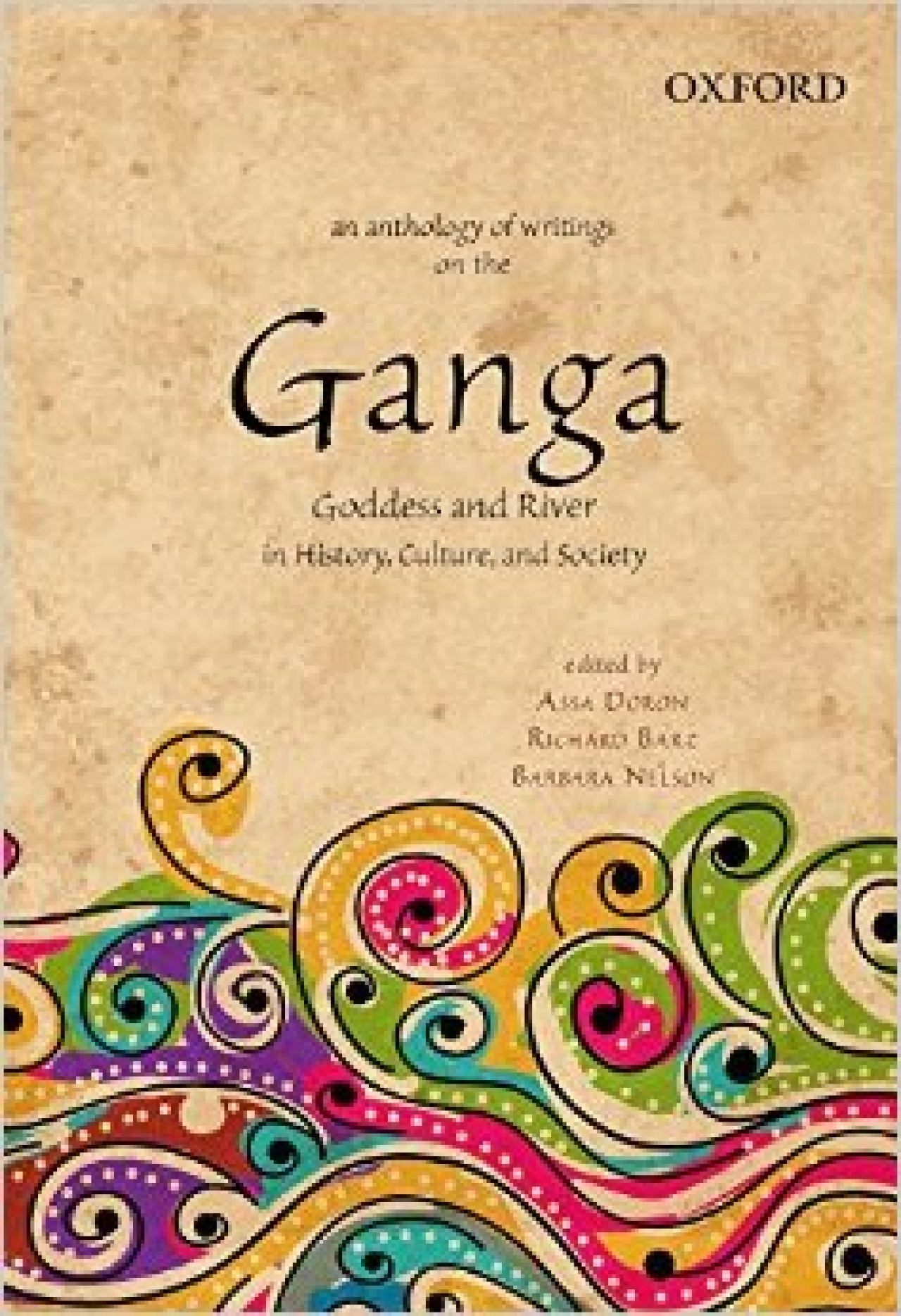 The pilgrimage is not an easy one. In the past, the only means of transport was by country boat, and the twelve-hour journey from Calcutta often met with disaster. Even now a year seldom passes without a handful of boats capsizing. At one time, Sagar was also the haunt of tigers. Captain Alexander Hamilton’s memoirs from the early eighteenth century relate that the island was infested with them and that a hungry tiger might swim out to a boat at night and make off with a sleeping pilgrim. A Bengali journal of 1853 reports that a company of artillery personnel was deputed to frighten off the man-eaters of the Sunderbans by constantly firing heavy guns. In spite of such government precautions, three persons were devoured during the Mela.

The first worship begins at 3 A.M. with a prayer to Kapila Muni, the sage who cursed the sons of Sagara. It is said that Kapila came to Sagar, where he built his hermitage and spent his days in meditation. The pilgrimage is supposed to yield its full benefits only if the devotee remains three days and nights. On the last and most auspicious day, known as makara sankranti, people wake in the darkness and drift slowly down to the beach. The first wisps of sunlight turn the gray sand gold as the puja begins with offerings from a dala –a pot containing flowers, coconut, a scented candle, sweets, and a piece of cloth that represents one’s earth possessions. As the day wears on, the pilgrims board their country boats for the long journey home…

…In Bengali festivals and literature, Ganga is found in conjunction with other deities, sometimes the indigenous gods of the delta. The association provides the local figures some entry into the Hindu fold. This assimilating process is a common feature of Hinduism, begun as early as the Rig Veda. In the Maldah village of Gohilla, for example, a bathing festival is held for Ganga and the local goddess Chandi. The Ganga shrine is permanent, but no temple or image exists for Chandi. Manasa, the indigenous serpent goddess, is also connected with Ganga. In the poem Manasamangal, Ganga is asked to help sink the boats of a merchant who has offended the serpent goddess. When Ganga refuses, Manasa threatens to poison the river so that none would drink its water and the river would lose its sanctity. Ganga is terrified and agrees to help. In the older versions of the poem, Manasa worship is prescribed as taking place on Dasahara, the same day that Ganga is worshipped, and the custom has prevailed to this day.

At the village of Amarkundu, an annual celebration is held for Ganga and the sun god on the last Sunday of Shravana (July-August). The twin images, housed in a temple, are together known as Gangaditya. The custom goes back at least to the seventeenth century, for Friar Manrique remarks that the Hindus, while divided into different sects, all worship the sun and the river Ganges. Today sick people from Calcutta often go to Tarakeshvar, thirty-five miles from the city, carrying two pots of Ganges water in a sling. They pour the water over a stone slab representing an indigenous sun god assimilated to Shiva…

…Hindu and Muslim practices have often coalesced in Bengal. The sacred river has provided a common theme for both religions. Dharaf Khan’s Ganga-Stotra, a Sanskrit hymn to the goddess, is still sung today. The big Ganga festival at Berhampur-Murshidabad illustrates the synthesis. Essentially a Muslim event, the Bera celebration draws people of both communities, from near and far. It is traditionally dedicated to Khaja Khizr, patron saint of the waters. On the last Thursday of Bhadra (August-September), a square platform is built by lashing together several banana trunks, the structure measuring thirty feet square. On top the artisans place four 20-foot boats made of bamboo strips covered with black paper. Their prows are shaped like makaras. The float is then decorated with flags, minarets, and a cardboard replica of a palace. In earlier days, members of the nawab’s family would tie flower garlands on the makara head of the boat. Then a musical procession would make its way to the nawab’s palace, carrying bread, sweets, and a gold candle. The boat and the offerings were placed on the float…

…We can find several Hindu elements in the celebration. For one thing, one notes its strong resemblance to the Sedo festival, in which Hindu women launch small banana-trunk boats containing candles and flowers. For another, the musical accompaniment is contrary to Muslim law, especially at religious festivals. Moreover, the event follows the Hindu calendar and has no connection with the Muslim Hidjri reckoning. We can also recognise the makara feature of the boat and the choice of Ganga as the location. Even today the Bera festival is remarkable and attracts huge crowds on both sides of the Ganges. In the days when the nawabs of Murshidabad ruled the country, the spectacle must have been much greater still.

(Excerpted from An Anthology of Writings on the Ganga published by Oxford University Press (2015). Every effort has been made to trace the original copyright holder and obtain reproduction rights of this section. The publisher hereby states that any inaccuracies or omissions brought to notice will be rectified in future reprints.)