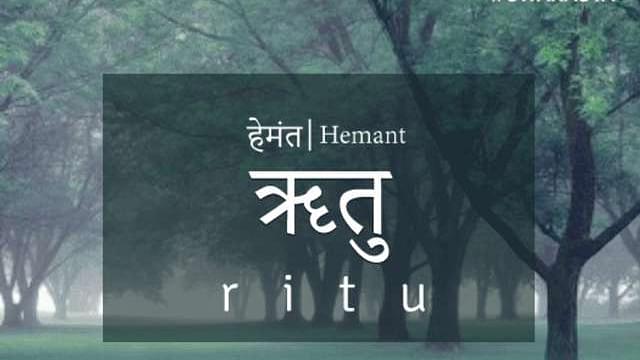 Last time, we spoke of the beautiful Yaman Kalyan, and how it is so widespread. Like we discussed, Yaman and Yaman Kalyan are both sung in the early hours of the night, just after the sun has set and the deep blue sky is beginning to settle into a dark stage, set for the stars to shine bright.

Perhaps this could potentially be another reason why this raga is so often performed by classical musicians, since most performances happen just after working hours. Having said that, Raag Yaman has been a favourite of classical musicians since centuries. There are some who say the name ‘Yaman’ finds its origins from the Persian mode ‘Ei'man’. Others say it has Vedic origins as Raga Yamuna, which over time altered as Yaman.

Today, one of the best Hindustani classical vocalists is Ustad Rashid Khan. His singing is imaginative, timing is sublime, and swaras are impeccable. The link below is one of his first-ever released material, recorded in 1988. At 22, Ustad Rashid Khan justifies why he grew up to be an ustad. The behlaava, the force in his singing, and the youthful unabashed approach has only gotten more refined over the years.

The sitar is a divine instrument. The combination of the lead strings being plucked along with the sympathetic strings makes for a wholesome combination. One of the names to reckon with, in this generation, is Shujaat Khan. Shujaat Khan’s specialty is not just his sitar expertise, but also his conversations. The maestro is extremely well read and very well spoken. If you ever attend his concerts, you’ll see how well he communicates with words as well as with his sitar. Also, he sings really well. So, apart from his sitar, in his concerts, you’ll always see a mic dedicated to his vocals. Here’s a rendition of Raag Yaman Kalyan, by him. You can see how effortlessly he takes all of us on a journey through the raga, conversing with us, sometimes with his instrument, sometimes with his voice.

Raag Yaman is often seen as a dainty raga that expresses itself through the hopefulness of a lover waiting for her beloved. This enthusiastic anxiousness of someone who has been waiting for her beloved is seen in many-a-bandishes in Raag Yaman. One such bandish was the one you heard by Ustad Rashid Khan, 15:21 onwards in the link above; Aao Balama. The exact same bandish was taken and revamped by A R Rahman for Season 3 of MTV Coke Studio, in 2013. In this track, you see the legendary Ustad Ghulam Mustafa Khan with all his sons and his grandson, singing Raag Yaman expertly and flawlessly. Along with him, on the bass is Mohini Dey, and on the electric guitar is the genius, Prasanna. Rahman, as a composer, allows for this track to blossom into its full collaborative potential with Hindustani, Carnatic and Western influences coming together seamlessly. Raag Yaman is at its best, in its full glory.

There are hundreds of songs and bandishes that we could share, when it comes to Raag Yaman. The Lydian scale (western equivalent of Yaman) allows for a lot of compositions to co-exist, whilst maintain their own identity. From qawwalis to ghazals to Bollywood songs to independent music; all of these genres have looked at Raag Yaman and found answers time and again. That is the real beauty of the raga. Next time, you’ll see a different raga, a different point of view, while the season remains the same… Hemant Ritu.

Ruddhi Aditya Phadke is a former journalist. A Sangeet Visharad in Indian Classical music, she has been a music lover and a vocalist since past 15 years and the journey still continues.