Around 30 Students Hailing From Karnataka Safely Evacuated From Ukraine: Government 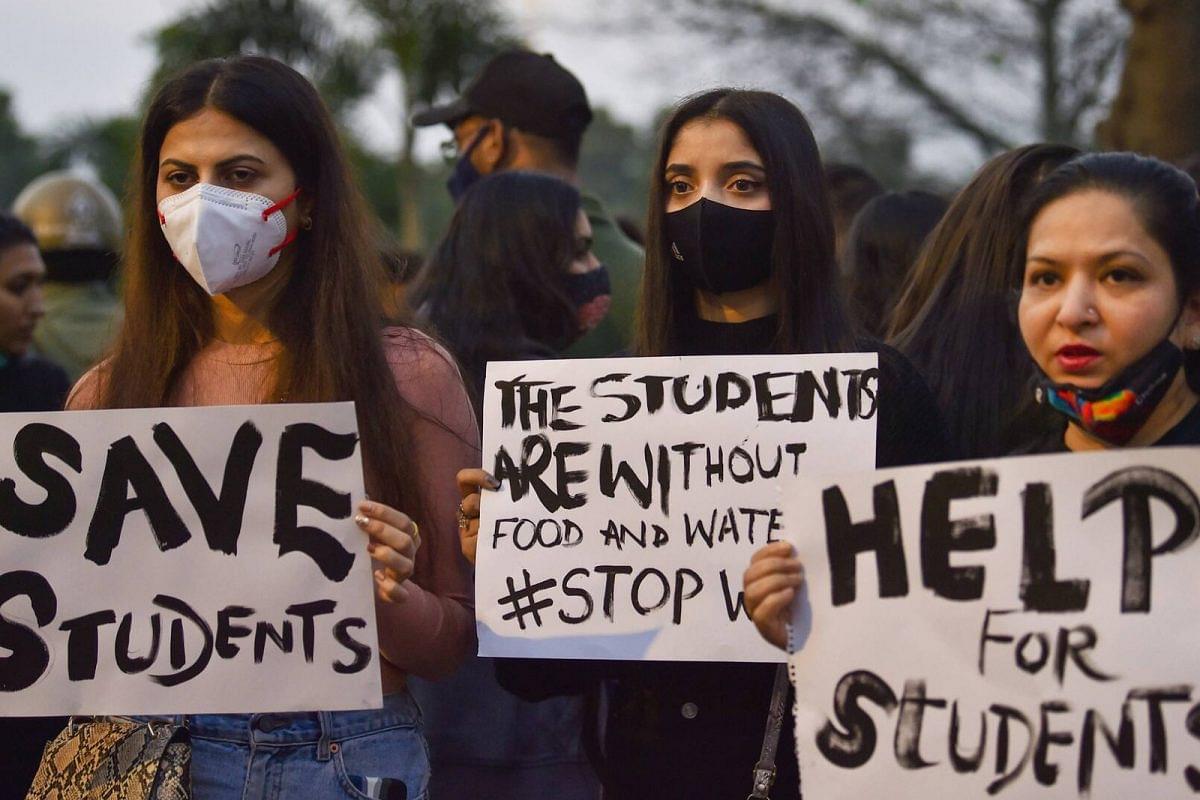 Bengaluru, Feb 27 (PTI) The Karnataka government on Sunday said around 30 students hailing from the state have been safely evacuated from war-torn Ukraine.

According to the data available with the Karnataka State Disaster Management Authority (KSDMA), based on the submissions it has received so far, about 397 people were stranded in Ukraine with 129 among them from Bengaluru.

'The Embassy of India, Kyiv, has started evacuation of stranded Indian nationals from Ukraine. The evacuation flights operating under “Operation Ganga” have started evacuating stranded Indian citizens in Ukraine through bordering countries, ie., Romania, Budapest, Bucharest, etc. Around 30 students hailing from Karnataka have been safely evacuated,' Nodal Officer and Commissioner of KSDMA Manoj Rajan said in a statement.

The first batch of 12 students reached Bengaluru International Airport from Mumbai at 8.40 am today.

According to the statement, the second batch of 13 students, and a third batch of five students hailing from the state have reached Delhi and will reach Bengaluru later tonight, it said. They have been accommodated in Karnataka Bhavan.

Expressing joy over her safe return, a woman student said: 'They have brought us safely - Indian government, Indian Embassy, Karnataka government. They arranged flight tickets for us. Hope other students stranded in Ukraine too return safely. Though there was fear, the Embassy assured us a safe return.'

Another student said, 'We were evacuated through Romania border, as we were in western part of Ukraine, but don't know how authorities will evacuate those stranded in other parts like Kyiv.'

Expressing worry about friends back in places like Kyiv and Kharkiv, another student said, 'They are actually in crisis as they hear bombing very often and are taking shelter in bunkers. Most of them are short of basic things like food and water.'

Noting that authorities are facilitating the travel of students hailing from Karnataka to their respective destinations, the statement said the local tickets from Delhi and Mumbai to Bengaluru will be borne by the state government.

The Nodal Officer and his team are in constant touch with the Ministry of External Affairs (MEA) to evacuate the remaining stranded students from Ukraine, it said.

The state government has opened a facilitation centre at Indira Gandhi International Airport, New Delhi, to coordinate and support stranded students hailing from Karnataka, who are arriving there.