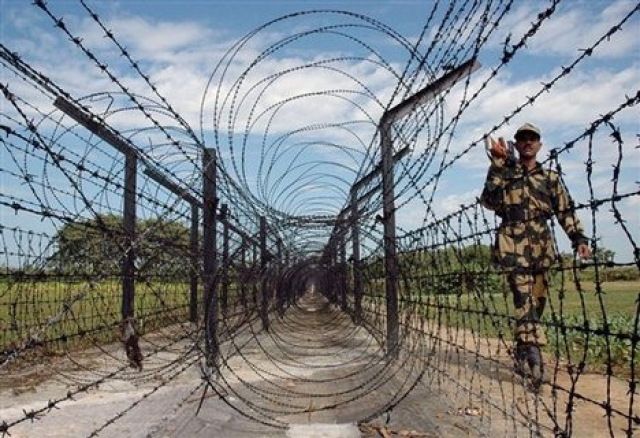 This is a guest post by a friend and well wisher of Centre Right India. The author can be reached on Twitter at @IgnitedBrain

This article attempts to explore the dangerous side of illegal migration that has plagued India for decades. The on going Assam riots have triggered a new debate on the serious issue of illegal Bangladeshi migrants. About 3 Lakh people have been displaced so far and over 50 have lost their lives.

Aside from the terrible toll on lives, India loses precious territory owing to unchecked illegal migration. This threatens our sovereignty and an attack on our sovereignty amounts to an act of (overt or covert) war.

The prominent involvement of illegal Bangladeshi migrants in the Assam riots can hardly be ruled out. However the Assam riots are different from the communal riots we have witnessed in India at other times. There is an element of planned illegal migration over a period of time which seemingly aims to create a national security threat within our borders.

We all know the implications of a national security threat. This is more dangerous than overt wars involving armies. In the case of Kargil war, Pakistan built up an armed attack on India. Here illegal migrants from Bangladesh are causing a serious security threat armed with voting rights granted by political opportunists of the well known, well entrenched variety.

Illegal migrants from Bangladesh chase away Indians from their own land. And the Government of India’s callous response is to treat them as vote bank and bestow upon them treatment reserved for son-in-laws.

From time immemorial India has been known for being sympathetic towards the persecuted seeking refuge in our land. “Attithi Devo Bhava” is what our culture teaches us. We have proved to the world that we care for the persecuted and true to the culture we proudly inherit we treat the refugees well. However with things progressing the way they have over the past few decades, India might be the only nation on earth where its own children are now refugees. Yes the reference is to Kashmiri Pandits. A similar thing is happening to the Bodos and other Hindus in Assam. It is shameful that the politically expedient leadership has spawned a culture that has utter disregard for national interests. It is highly specious of certain politicians to claim no illegal migrants from Bangladesh were involved in the Assam riots.

The conspiratorial claim that all rioters in Assam are Indian is proof enough of how illegal Bangladeshis are protected by few a political parties.

No country on earth has 4,00,000 citizens living as “refugees“ in their own land. This is dangerous for a nation and disturbs the cultural, traditional ethos and displaces people from their places. If India’s cultural and traditional ethos are destroyed, the day will not be far when we will refer books for our identities.

The foreign and the defense policies of India also have to be blamed for being soft on our neighbors. Assam riots are a classic example of political failure. It is dangerous of political parties to allow illegal migrants to vote. The day will not be far when these illegal migrants contest elections and rule India because of sheer numbers. The latest 2011 elections are a warning bell where the Muslim (Bangladeshi) voters increased to more than 35% compared to the previous election. The Indian government has disrespected various court verdicts on deportation of illegal Bangladeshi migrants. Disobedience of court orders shows the disrespect to law of the land by the Government which again is a threat to our legal system.

It is not just visionless politicians who are sympathetic to illegal Bangladeshi Muslims for electoral gains. Our media too behaves questionably. The media was late in reporting the Assam riots. Coverage began after outrage over its conduct in social media. The opposition too never questioned the Prime Minister who represents Assam in the Rajya Sabha or the Home Minister. Media projecting the Assam riots as ethnic strife shows how ill learned our media honchos are. Contrast this with the insensitive and irresponsible reporting on aggression of Hindus by some of our electronic media honchos.

The time has come for new leaders who have the courage, the will to take bold steps keeping national interests in mind over politically expedient ones to take charge. The time has come for strong leaders to protect our sovereignty and take us towards prosperity shunning vote bank politics.