Morning Brief: Over 1,200 Kashmiri Students Threaten To Leave AMU After Sedition Charges Against Three For Anti-India Slogans; RBI’s Data Localisation Move To Kick In Today; And Other News 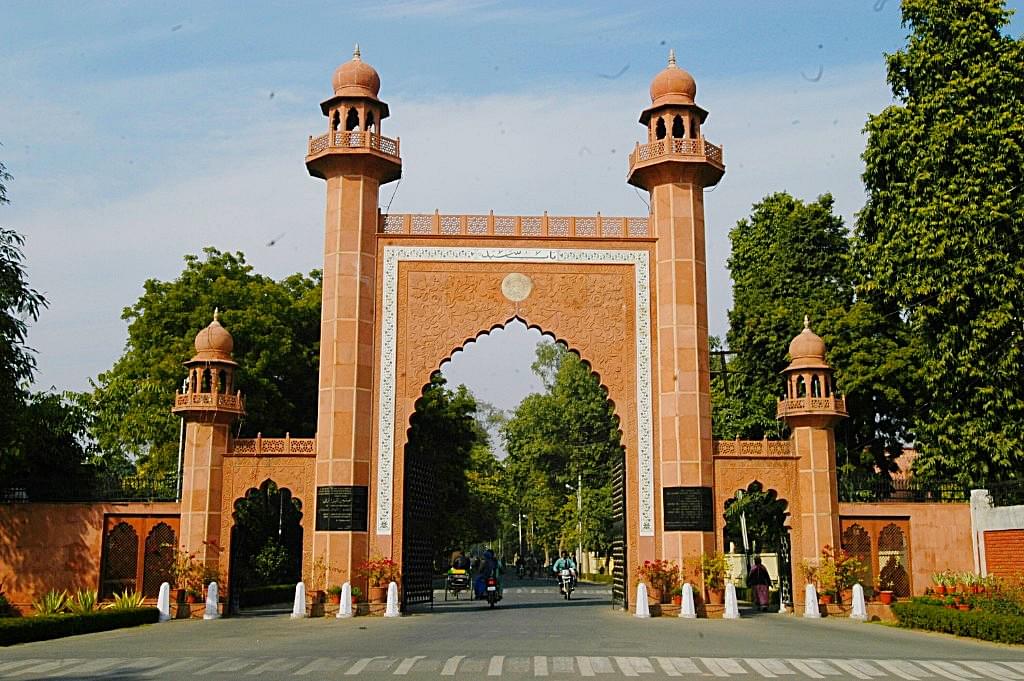 More than 1,200 Kashmiri students studying at the Aligarh Muslim University (AMU) have threatened the authorities of quitting en masse and surrendering their degrees on 17 October if the sedition charges against three of them are not dropped. Three Kashmiri students, reports say, have been booked for sedition for allegedly raising “anti-India” slogans and trying to hold a prayer meeting for Hizbul Mujahideen terrorist killed in Kashmir a day earlier. The terrorist, a former AMU research scholar who left the university to join the Pakistan-sponsored terror group, was shot dead in an encounter by the security forces in north Kashmir’s Handwara district on 11 October.

According to a report in the Hindustan Times, a video in which some students can be seen raising slogans seeking ‘Azaadi’ has also been found. Police have found a copy of the video. However, the Kashmiri students have termed the slapping of sedition charges as “vendetta”, saying, “option of holding Namaaz-e-Janaza was dropped after the AMU authorities did not give the permission.”

The Reserve Bank of India (RBI) will not extend the 15 October deadline for the implementation of its data localisation guidelines that mandate all payment data of domestic transactions in India be stored in the country. It is not inclined to extend the deadline despite global fintech companies seeking an extension. According to reports, foreign companies do not want to invest in maintaining servers in India. Some firms have proposed to provide mirror data instead of original data, an idea the RBI has rejected.

Earlier this month, two US senators wrote to Prime Minister Narendra Modi against the move. The senators, who are the co-chairmen of the Senate’s India caucus, have urged Modi to soften approach and said that norms requiring data localisation are “key trade barriers”. Global tech companies including Mastercard, Visa and American Express are likely to be affected.

Mosque Built In Haryana With Funding From Lashkar-e-Taiba: NIA

The Khulafa-e-Rashideen masjid in Haryana’s Palwal may have been built with funding from the Hafiz Saeed-led Lashkar-e-Taiba (LeT), the National Investigation Agency (NIA) has said. The agency had raided the building on 3 October, a day after the arrest of three men, including the Imam of the mosque, in an alleged terror-funding case. The residents of Uttawar, the village in which the mosque has come up, said it is embroiled in a land dispute.

According to a report in the Indian Express, the NIA is currently questioning those dealing with the construction of the mosque and scrutinising the account books, details of donations and documents seized during its raid. The funding for the mosque is believed to have come from the Lahore-based Falah-e-Insaniyat Foundation, a front organisation of the Pakistan-sponsored LeT.

The Roman Catholic Diocese of Jalandhar on Sunday took part in a prayer meet and a rosary march organised for former Bishop Franco Mulakkal, who is currently lodged at Kerala’s Pala jail after being accused of rape by a nun. The meet was organised by the Laity Commission, a body of church followers that works under the diocese. According to reports, the current head of the diocese stayed away from the programme citing a busy schedule. However, the secretary to the Bishop read out a message from him for the participants.

The prayer meet in support of the rape accused was attended by over 1000 followers, nuns and priests of the Catholic church. Earlier, Mar Mathew Arackal, Bishop of the Syro –Malabar Catholic Eparchy of Kanjirappally, likened the rape accused to Jesus Christ. When asked about the innocence of the Bishop, he replied, “ Was Jesus Christ crucified because he was guilty?”.

Foundation Stone For Museum For Prime Ministers To Be Laid Today

Union ministers will today lay the foundation stone of museum for former prime ministers of India in the Teen Murti Estate premises, which currently houses the Nehru Memorial Museum and Library. The decision to go ahead with the plan has been taken despite objections raised by the Congress, including former prime minister Manmohan Singh. The new museum will include memorabilia of all prime ministers, Lal Bahadur Shastri onwards.

The party has been accused of trying to destroy the legacy of all non-Congress prime ministers. Last month, Singh wrote to Prime Minister Narendra Modi, accusing the government of trying to change the "nature and character" of the Nehru Memorial Museum and Library. He had said that the building should be left "undisturbed" as it respected both history and heritage.

What Navratri And Garba Mean To A Gujarati Outside Gujarat: Dedicated to the nine forms of Shakti, Navratri is a rich blend of devotion and recreation when devotees sing to the rhythm of the tabla and dance to the beat.

Not Caste Oppression, But Humiliation From Fellow Dalits Is Making 50 Families Embrace Islam: Media outlets are peddling the ‘upper caste’ exploitation theory, which is not true. Dalits are pitted against their own.

Indian Reality, Indian Identity, Indian Study: This new book is a much-needed intervention in the cause of seeking an identity for Indian ways of study

The Non-Dualism Of Science And Technology: India’s future lies in envisioning an era of big tech — technological goals so audacious that they inspire awe and stir the youth to rise up to the challenge.