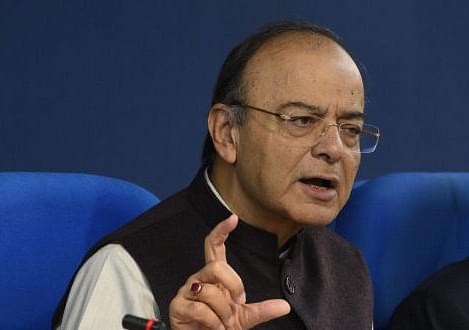 Government Unveils Banking Reforms Roadmap; To Infuse Over Rs 88,100 Crore In State-Run Banks: The Union government on Wednesday announced that it would infuse more than Rs 88,000 crore as capital in 20 public sector banks this fiscal, including Rs 80,000 crore through recapitalisation bonds and Rs 8,139 crore as budgetary support. Financial Services Secretary Rajeev Kumar said that banks would have to first accept and adopt the reforms package finalised by the Finance Ministry. They will have to revamp their lending practices, especially in advancing loans to big businesses and in consortium lending, monetise non-core assets, rationalise overseas branches, embrace technology and move to recover loans that have turned bad, said Kumar. “This plan addresses the regulatory capital requirement of all PSBs and provides a significant amount towards growth capital for increasing lending to the economy,” said Finance Minister Arun Jaitley. The strategy is to provide a lifeline to banks struggling under the legacy of bad loans so that they can once again resume commercial lending – and revive the investment cycle in the economy.

Violent Protests Erupt Ahead Of Padmaavat Release: Hundreds of supporters of Karni Sena took to the streets across several states on Wednesday protesting violently against the release of Bollywood film Padmaavat. In Gurgaon, adjacent to national capital Delhi, they stoned a school bus. Protesters also burnt a bus and blocked roads in other parts of Haryana and Rajasthan. They forced shops to shut in Uttar Pradesh and attacked vehicles in Gujarat. Violent protests were also reported in Madhya Pradesh and Jammu and Kashmir. The Karni Sena has asked supporters to ensure movie halls are unable to screen the film. The Kanpur Kshatriya Mahasabha announced a cash reward to anyone who chops off actor Dipika Padukone's nose. The protesters believe the film distorts history and shows Rani Padmini, the legendary queen of Chittor, in a poor light. The film was cleared by the censor board after a number of edits and a change of title from Padmavati to Padmaavat.

Centre Seeks New Surrender Policy In Kashmir: In a major initiative to push Kashmiri youth away from militancy, the Union government has asked the Jammu and Kashmir government to formulate a new surrender and rehabilitation policy. The Centre has also called for setting up a high-level committee to review all stone pelting cases against students. The Home Ministry said an opportunity should be provided for alternative path of peace and prosperity to Kashmiri youth who have joined militancy. A senior Home Ministry official said the policy will provide the youth with economic rehabilitation and suitable training to run their own business, enabling them to return to the mainstream and lead a dignified life. The fresh initiative comes within two months of the J-K government announcing an amnesty scheme for students and youth who were involved in incidents of stone pelting for the first time.

Upgraded Saras Aircraft Completes First Successful Flight: The new and upgraded version of Saras, the indigenous transport aircraft developed by National Aeronautics Laboratory (NAL), "successfully" made its maiden flight in Bengaluru on Wednesday. The 14-seater aircraft took off around 11 am from the HAL airport and flew at an altitude of 8,500 feet with a speed of 145 knots, circling Bengaluru for nearly 40 minutes. "It was a text book flight," the Council of Scientific and Industrial Research – the parent organisation of NAL – said. The primary objective is to evaluate the system performance in about 20 flights and the data collected from this shall be used to freeze the design of production version aircraft. The production version aircraft will be of 19-seat capacity and will undergo civil or military certification depending on the end user. The first flight of Saras-PTN1 comes nearly nine years after Saras-PT2 crashed at Seshagirihalli near Bidadi. An investigation report from the Director General of Civil Aviation identified a number of design flaws as well as human errors behind the tragedy.

India's GDP May Grow To 7 Per Cent In FY19: HSBC: Just two days after International Monetary Fund gave an upbeat picture, predicting India to record 7.4 per cent growth in 2018, British lender HSBC on Wednesday said waning effects from the goods and services tax (GST) impact will help push the country’s gross domestic product (GDP) growth to 7 per cent in financial year (FY) 2019. “For India, we are expecting the economy to grow in the next three years (FY18-20) by 6.5 per cent, 7 per cent and 7.6 per cent,” the bank’s chief economist Pranjul Bhandari said. She added that the growth has slid from previous year’s 7.1 per cent to 6.5 per cent in FY18 due to the implementation of the GST. “As some of the short-run disruptions caused by GST get ironed out, we expect growth to rise in the next couple of years,” she noted. Bhandari added that from a medium-term perspective of about three years, the bank expects GST alone to add 0.40 per cent to the GDP growth figure.

Government Announces New UDAN Routes: From Kannur in Kerala to Kargil in Jammu and Kashmir and Pakyong in Sikkim, several far-off places across different states will soon be connected with the top cities as part of the Union government’s UDAN initiative, also known as the Regional Connectivity Scheme (RCS). The Civil Aviation Ministry on Wednesday announced the new routes as well as details of its second round of the RCS, which will, in a first, also fund the helicopter services. Aviation Secretary R N Choubey said 78 airports — including 36 served, 13 underserved and 29 unserved — will be connected. In addition, 31 helipads/heliports will be connected through helicopters in priority areas of north east, Himachal Pradesh, Uttarakhand, Jammu and Kashmir, Andaman and Nicobar and Lakshadweep. Out of the 90 proposals awarded to provide flight connectivity to over 300 regional routes, IndiGo was awarded a maximum of 20 proposals followed by SpiceJet with 17. Jet Airways won four proposals.

Hailing Modi, China Vows To Fight Protectionism: In a surprise move, China welcomed Prime Minister Narendra Modi's speech at Davos, where he described protectionism "as dangerous as terrorism", and evinced interest in enhancing cooperation with India to strengthen the globalisation process. "Prime Minister Modi remarks showed that globalisation is the trend of the times and serves the interests of all the countries including developing countries and the fight against protectionism and promoting globalisation," Chinese foreign ministry spokesperson Hua Chunying said in Beijing. She also said China would like to work with India and other countries to strengthen globalisation process for the benefit of all countries. "China and India share a lot of common interests. China would like to enhance coordination and cooperation with all countries including India to steer the economic globalisation towards benefiting world economic growth and well-being of all countries," Hua said. Voicing open criticism of protectionism, German Chancellor Angela Merkel lauded India for continuing to pursue an approach of multilateral cooperation with the European Union.

Budget 2018: Our Knowledge Economy, Mr FM: India is well-positioned to become a global knowledge powerhouse given its other advantages such as large skilled manpower, economic stability, technology prowess and widespread adoption of English. Some smart educational interventions will only hasten this journey to the top.

India-Asean Ties: A Cup Half Full? Despite the great strides made, India-Asean relations have not measured up to expectations. There continue to be significant asymmetries in this expanding engagement.

An Accessibility Agenda: The 2011 census gives a disability number of 26.8 million – 2.21 per cent of the population. The approach to making buildings friendlier for persons with disabilities has been limited and perfunctory.

Why Allowing Private Players To Pilot Air India Is A Short-Sighted Solution: The US and European countries have restricted domestic air travel to locally owned carriers since aviation is still a strategic economic sector. India’s moves to privatise Air India appear impulsive with little appreciation of the risks.