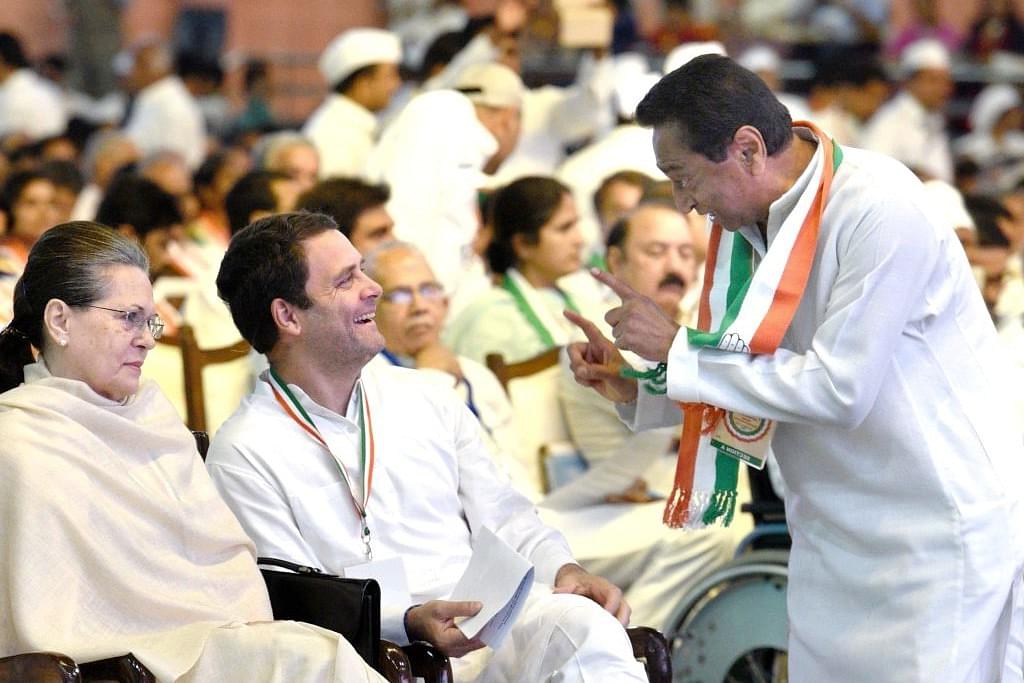 The Congress chief minister-designates of Madhya Pradesh, Rajasthan and Chhattisgarh will take the oath of office today. While Ashok Gehlot will be sworn-in as Rajasthan Chief Minister in Jaipur in the morning, Kamal Nath will take the oath in Madhya Pradesh's capital Bhopal at 1 pm followed by Bhupesh Baghel in Chhattisgarh's Raipur at 4 pm. To convert this event into a show of strength, several Opposition leaders have been invited to attend the ceremonies.

The Congress has also extended an invitation to the Aam Aadmi Party to attend the ceremonies, signalling a thaw in ties. Former prime ministers H D Deve Gowda and Manmohan Singh, National Conference’s Farooq Abdullah, Telugu Desam Party’s N Chandrababu Naidu and Loktantrik Janata Dal leader Sharad Yadav will be present in Jaipur for the swearing-in ceremony of chief minister-designate Gehlot and deputy Chief Minister-designate Sachin Pilot. BSP Chief Mayawati, who has extended support to the Congress in Madhya Pradesh and Rajasthan, will not attend the event.

Pakistan Infiltrating Terrorists Through Jammu Border Instead Of LoC

According to a probe conducted by the National Investigation Agency (NIA), Pakistan Army has pushed over 40 terrorists into India through the international border in Jammu, Hindustan Times has reported. According to the daily, the agency has arrived at the number after interrogating half-a-dozen overground workers (civilians who help terrorists) linked to Pakistan-based Jaish-e-Mohammad. Once these terrorists are pushed into India, they are transported deep into the Kashmir Valley to carry out targeted strikes, the report said.

In its report, the NIA has used satellite imagery to point out possible infiltration points in the Samba sector. It has also used mobile phone data to confirm the location of the overground workers when they claimed to pick up the groups of terrorists. At least 240 terrorists have been killed in encounters this year. As many 88 security personnel, including 33 army soldiers, have lost lives this year.

Maldives' new President Ibrahim Solih arrived In India Sunday on a three-day visit to hold talks with Prime Minister Narendra Modi. This is Solih’s first overseas trip after taking over as the country’s leader following the ouster of former President Abdulla Yameen in the elections earlier this year. Under Yameen, the Maldives had moved closer to China and deeper into its debt trap.

New Delhi is likely to extend a $700 million line of credit to Male. Among other things, this fund will be used for the expansion of the main port of the country. India is also likely to provide $200 in budgetary support and discussions on the disbursal of this amount are still ongoing. Maldives’ external debt has ballooned to $1.8 billion, of which nearly $1.4 billion is owed to China.

Andhra Pradesh has sounded a high alert in the coastal region as a cyclonic storm is heading towards it and is likely to make a landfall between Kakinada and Visakhapatnam today afternoon. The cyclone is currently over southwest and adjoining west-central part of the Bay of Bengal and is very likely to intensify into a “severe cyclonic storm” during the next six hours. It is predicted to cause a gale speed of 80-90 kilometre per hour.

According to the concerned agencies, rainfall at most places will be heavy, very heavy at few places and extremely heavy at isolated places over coastal Andhra Pradesh and Yanam district of Pondicherry. The cyclone is likely to be relatively less severe compared to Titli that ravaged Srikakulam district.

Speaking at a rally after the unveiling of a bronze statue of late Dravida Munnetra Kazhagam (DMK) patriarch M Karunanidhi on Sunday, party chief M K Stalin proposed the name of Congress President Rahul Gandhi as the prime ministerial candidate for the 2019 Lok Sabha elections. He made the announcement in the presence of United Progressive Alliance chairperson Sonia Gandhi and the chief ministers of Andhra Pradesh and Kerala, N Chandrababu Naidu and Pinarayi Vijayan, respectively. Interestingly, Sunday also marked Gandhi’s first anniversary as Congress president.

Stalin said the Opposition will “install” a new Prime Minister in Delhi. However, Stalin’s remarks did not find favour with all opposition leaders. According to reports, the Telugu Desam Party and the Trinamool Congress were upset with the DMK leader’s announcement. CPI(M) leader K Balakrishnan said the name should be proposed only after the “secular” parties win the election.

Time For A New Generation Of Scholars To Study Savarkar: Current debates about Savarkar are often based on flimsy grounds, and he is caricatured by both the left and right for partisan reasons.

Year Before Shortlisting Rafale, UPA Government Said HAL’s Hands Full: In 2010, less than a year before the then UPA government shortlisted the Rafale and Eurofighter Typhoon, Antony declared “With the current order book position, HAL does not envisage any spare capacity during the next 10 years.”

Gautam Gambhir Mattered When It Mattered The Most: Gambhir’s announcement of retirement gives cricket fans an opportunity to delve and discuss the highlights of his career. The fact that he played a huge hand in two World Cup victories is a tribute to his ability to play and deliver under pressure.