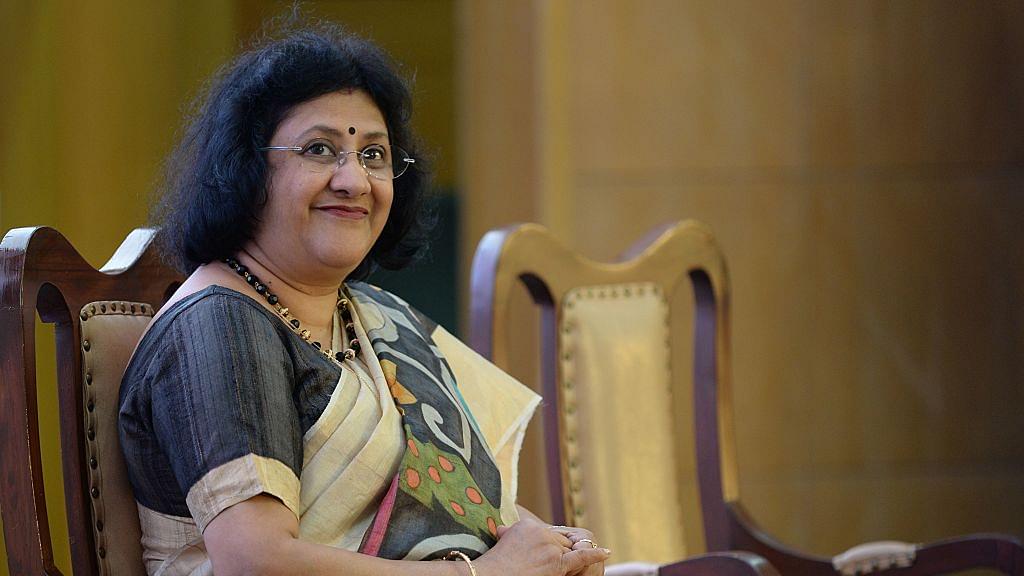 India’s economy Set To Bounce Back, Says SBI Chief: India’s economy is set to rebound in another couple of quarters, said the country’s biggest lender State Bank of India (SBI), and its chief says that banks need more funds to be able to provide loans to businesses when the pace of growth eventually picks up. “Plans are getting off the table, with a number of infrastructure projects being tendered out. Growth should come in a quarter or two,” SBI chairperson Arundhati Bhattacharya said in Kolkata. Bhattacharya said that some traction is being seen in sectors such as roads and fertilisers, but the benefits would reflect in banks’ credit books with a lag. “The government now needs to do some heavy lifting,” she added.

Mass Grave Of 28 Hindus Discovered In Myanmar: In a shocking revelation, Myanmar’s army said on Sunday that a mass grave of 28 Hindus was discovered in violence-wracked Rakhine state, blaming the killings on Muslim Rohingya militants. “Security members found and dug up 28 dead bodies of Hindus, who were brutally killed by Arakan Rohingya Salvation Army (ARSA) terrorists in Rakhine state,” the army chief’s website said. The army said that security officers found 20 dead women and eight men in the graves, including six boys under the age of 10. A senior police officer in northern Rakhine said they had been “buried with 10-15 bodies in each hole”. Hindus from the area have said that militants swept into their villages on 25 August, attacking people who stood in their way, killing many and taking others away into the forest.

Finance Ministry Sees Scope For Further Rate Cut: A senior Finance Ministry official has said there is scope for a rate cut by Reserve Bank of India (RBI) at the next policy review as retail inflation continues to be low and the government scrambles for measures to boost the slowing economy. The statement comes ahead of RBI’s bi-monthly monetary policy decision to be announced on 4 October. “There is scope for monetary easing because of inflation projections,” the official said, adding that all the government analysis is made on the basis of inflation remaining under 4 per cent in the medium term. In its last policy review in August, the RBI reduced the repo rate by 0.25 per cent to 6 per cent in August, citing reduction in inflation risks. The rate cut was the first in 10 months and brought policy rates to a near seven-year low.

Police Foils Uri-Type Attack, Kills Three Terrorists: A major terror attack was foiled by Jammu and Kashmir Police on Sunday with the killing of three militants close to the Line of Control (LoC) in Uri. “We have averted a major tragedy today after zeroing in on the militants in Uri,” Director General of Police S P Vaid said in Srinagar. “They (the militants) were planning an attack on the lines of the one on at the Army base last year.” The police said the militants were planning a fidayeen attack, similar to last year’s attack on the Army’s Brigade headquarters in Uri town. “All three Pakistani fidayeen terrorists killed in Uri encounter,” said police spokesperson S P Manoj Kumar. One soldier and four civilians were wounded in the gunfight that lasted several hours at Kalghi village on the Srinagar-Muzaffarabad highway, about seven kilometres from the Brigade headquarters in Uri.

Mulayam Singh Yadav To Float New Party: After months of bitter turf war, Samajwadi Party (SP) patron Mulayam Singh Yadav may finally part ways with his son and SP chief Akhilesh Yadav to announce a new outfit on Monday along with virtually defunct Lok Dal, and retain the ‘samajwadi’ tag in its name. The hint of an imminent split in the SP came on Saturday when Mulayam Singh Yadav and his brother-aide Shivpal Yadav stayed away from a state convention of the party – which they had founded 25 years ago – saying they were not invited. “Mulayam Singh Yadav will hold a press conference at the Lohia Trust office tomorrow (Monday) to announce a new party with Lok Dal,” Lok Dal president Sunil Singh said on Sunday. In Election Commission records, Lok Dal is a registered and unrecognised party that was formed by veteran socialist leader Charan Singh way back in 1980 and Mulayam Singh Yadav was its founder member.

Pakistan Envoy Commits Embarrassing Blunder At UN: Pakistan’s permanent representative to the United Nations (UN), Maleeha Lodhi, was left red-faced on Sunday after she committed an embarrassing blunder by labelling a picture taken from Gaza as the “face of Indian democracy”. Lodhi was attempting to counter India at the UN General Assembly, a day after External Affairs Minister Sushma Swaraj branded Pakistan as “pre-eminent export factory for terror”. Lodhi flashed a picture of an injured Gaza woman, whose face was peppered with pellet gun wounds, alleging that the woman shown in the picture was a victim of pellet guns in Kashmir. However, the picture Lodhi displayed at the UN was of 17-year-old Rawya abu Joma’a of Gaza, who was injured when two Israeli air strikes destroyed her family’s apartment in Gaza in 2014. The picture, taken by award-winning American photo journalist Heidi Levine, is available on multiple news websites.

India-US Defence Ties In Focus As Mattis Set To Start India Visit: US Defence Secretary James Mattis will seek to take the India-US defence ties to new next level during his visit to India, with fighter jets, drone deals and shared concerns over Afghanistan's security challenges looking set to dominate the agenda. He is scheduled to arrive in Delhi late Monday and is set to meet Prime Minister Narendra Modi, Defence Minister Nirmala Sitharaman and National Security Adviser Ajit Doval. Mattis "will express US appreciation for India's important contributions toward Afghanistan's democracy, stability, prosperity, and security", the Pentagon said. In 2016, the UU designated India a "major defence partner" and US President Donald Trump has sought to further boost military ties, praising India for contributing to regional peace and stability, and for purchasing US military equipment.

Angela Merkel Wins Fourth Term: German Chancellor Angela Merkel won a fourth term in office on Sunday in the face of a surge by the far-right. The anti-immigration Alternative for Germany (AfD) stunned the establishment by winning 13.1 per cent of the vote, projected results showed, a result that will bring a far-right party into parliament for the first time in more than half a century. Merkel’s conservative bloc emerged as the largest parliamentary party but, with just 33.2 per cent of the vote, saw its support slump to the lowest since 1949 – the first time national elections were held in post-war Germany. Her main Social Democrat rivals also received their worst result since the 1940s – just 20.8 per cent – after nearly half of voters repudiated the two parties that have dominated Germany since the Second World War.

Narendra Modi Needs To Press The Gas Pedal On Reforms: The Narendra Modi government’s petroleum products pricing policy, which has seen the price of petrol rise to as much as Rs 75 per litre at the pump, has earned the ire of members of an entitled and privileged urban middle class. The government’s resolve on petrol prices hopefully is a harbinger that it is getting ready to press the gas pedal on the unfinished reforms agenda.

Rohingya Crisis Has No Easy Answers: It is true that every Rohingya cannot be viewed as a terrorist but terror organisations such as the Islamic State and Al Qaeda can succeed in indoctrinating them and turning them into terrorists. In times of trouble, before you can help others, you have to secure yourself. Are we feeling secure enough to promise shelter and safety to others?

Empathise With Rohingyas But Please Deport Them: When it comes to Rohingyas, considered compassion, and not spontaneous empathy, should drive India’s actions.